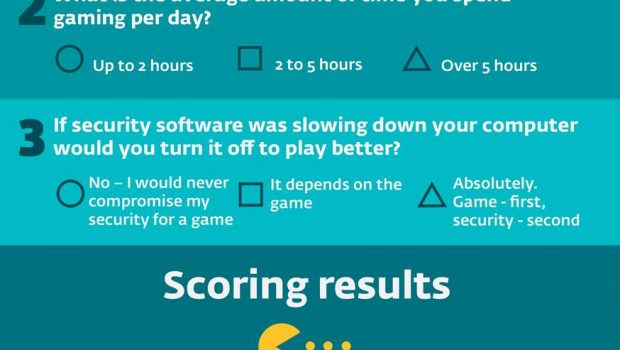 London, UK – September 13, 2016 – Whether it’s Pokémon Go, Grand Theft Auto or World of War Craft, online games are addictive. And a new piece of research from internet security firm ESET has revealed just how hooked some gamers have become. The study revealed that one in ten gamers admit they have played a game continuously for between 12 – 24 hours, while six percent of gamer-extremists confessed to playing continuously for over 24 hours at one time, essentially spending two whole waking days in fantasy worlds.

The study looked at the attitudes of 500 gamers and revealed that on average 83 percent play their favourite games for around two hours every day, ten percent of respondents admit to playing between two to five hours on average each day, and a worryingly three percent admit to playing more than ten hours a day. Interestingly, when respondents were asked if they were obsessed with gaming only 14 percent confessed to being so.

“Gaming is highly addictive and it is no wonder so many respondents from our study admit to playing them for so long. However, being able to successfully balance school or work and friends and family obligations is crucial. I would never recommend anyone spend more time in virtual worlds than they do in the real world,” said Mark James, security specialist at ESET.

When respondents were asked if they used security software on their gaming computer over 52 percent said no because of the following reasons:

“It is definitely not a wise move to turn off a security solution because you feel it is interrupting your gaming session. As a gamer most of the games you play will involve many a long hour of hard work and invested effort and if your machine was to become compromised the risk of malware stealing your login credentials is massively increased. Cybercriminals could then utilise your gaming account for nefarious purposes that could include botting and or gold/item farming. While there’s a good chance you will get your account back after it’s been banned, providing you can prove it was compromised, it’s the downtime that causes so much hassle. Internet security is your first line of defence and should not be switched off or removed for any reason whatsoever,” continued James.