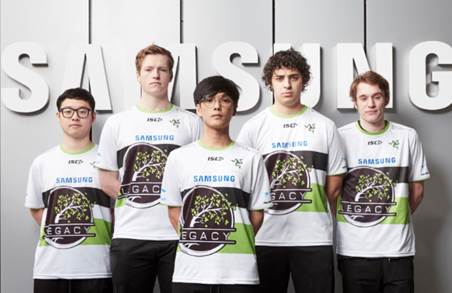 Game On! Samsung Partnership to Give Legacy Esports a Competitive Edge

The partnership will see Samsung’s logo appear on Legacy’s game day jerseys and merchandise, as well as the team’s High Performance Centre in Adelaide.

“The rising popularity of esports in Australia has been incredible to watch, and we can’t wait to go on the journey with Legacy’s team this year. With the addition of Samsung’s leading SSDs and gaming monitors to their setup, we can’t wait to see how they use our technology to their advantage.”

With the Adelaide Crows having acquired Legacy Esports in May 2017, the Crows’ Chief Operating Officer, Nigel Smart, said the partnership with Samsung was a significant milestone for esports in Australia.

“Having a technology brand as innovative as Samsung in Legacy’s corner will certainly help the team take their performance to the next level. This partnership will help raise awareness of esports in Australia and we look forward to celebrating Legacy’s future wins with Samsung.”

For the latest on Legacy Esports visit the team’s website.