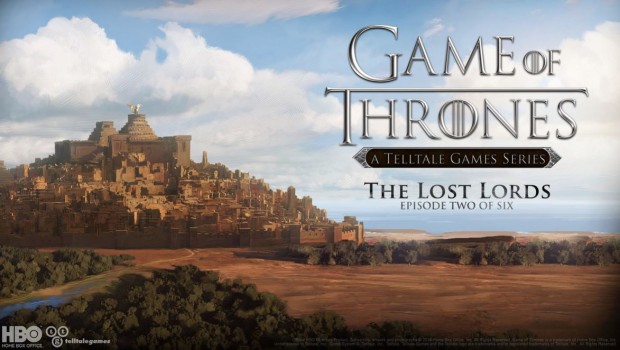 Summary: Game of Thrones The Lost Lords Episode Two of Six is another excellent addition to this choice driven game based on the excellent HBO TV series

Continuing from cliff hanger ending of the previous episode Iron from Ice, Game of Thrones returns again on the PlayStation 4 that follows the turbulent journey of House Forrester. With Ethan Forrester being killed by the bastard Bolton Ramsay, this ancient house of the north is now in disarray. 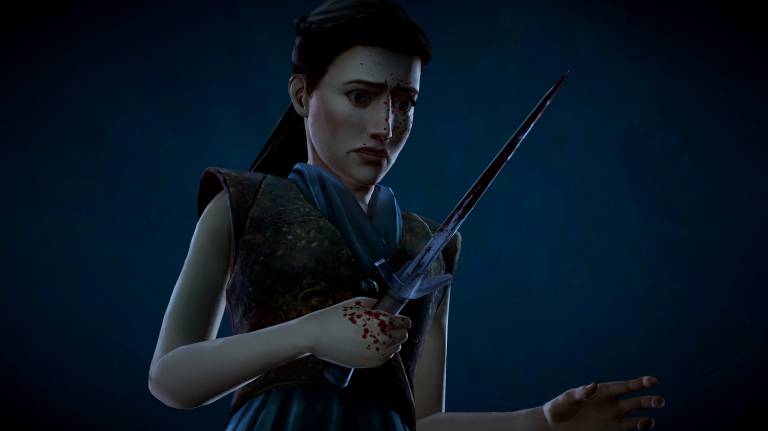 However when their eldest son who everyone thought was dead from massacre at the Red Wedding returns, a new chess piece is put into play in this wickedly entertaining adventure game that heavily relies on player choice. The best part of this choice is that it transfers from game to game and really impacts how the final story will play out. As a result, you can play this game many times in order to see different outcomes.

Episode 2 also furthers the story of Mira Forrester and Squire Gared Tuttle with another new Forrester introduced with Asher who is in a self-imposed exile in the lands of Yunkai . Given the title of this episode of Game Thrones, The Lost Lords, it now makes perfect sense and both these new additions to the storyline really highlight the political intrigue of this amazing universe created by George R. R. Martin and the popular HBO series. 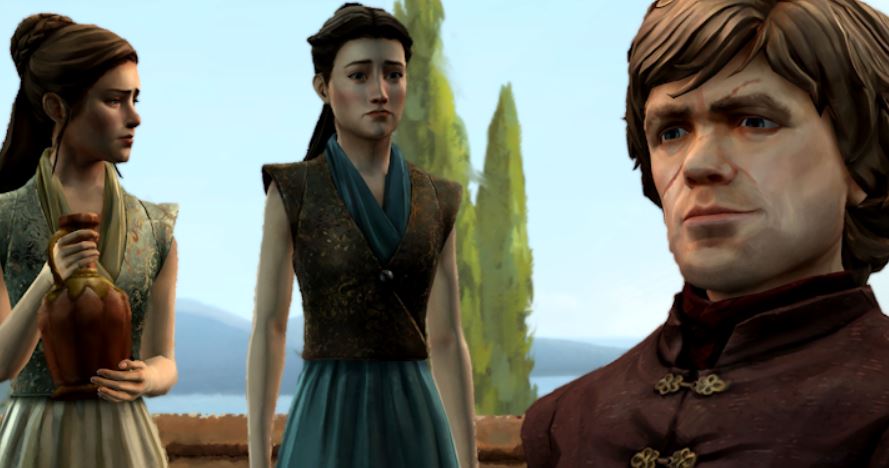 So just like episode 1, The Lost Lords starts with a bang with the return of Rodrik who was severely injured and at deaths door since both he and his father were attacked at the Stark’s wedding. Thankfully the Maester of House Forrester managed to save Rodrik’s life as he battles to retake the family stronghold from the villainous Whitehalls who wish to hold the monopoly of Ironwood in the north. As Rodkrik attempts to hold the North from both the Whitehalls and the Boltons, his sister Mira is playing her own game of thrones in King’s Landing as hand maiden to Margaery Tyrell.

Thankfully for Mira, she has formed an alliance with Tyrion but her involvement in the game has created unseen enemies for House Forrester. Far to the north of Westeros is Gared Tuttle who has exiled himself to the wall after the killing a group of soldiers who murdered his family. Gared has taken on the black and hopes to become a ranger.

Gared even meets Jon Snow which although does seem a little forced and contrived, it actually suits the story of episode 2 well. Finally we have Asher Forrester who has been found by his uncle in order to return him to Westeros. Asher’s task is to forge a new army for their noble family that will hopefully create a day of reckoning for both the Boltons and Whitehalls back in the north. 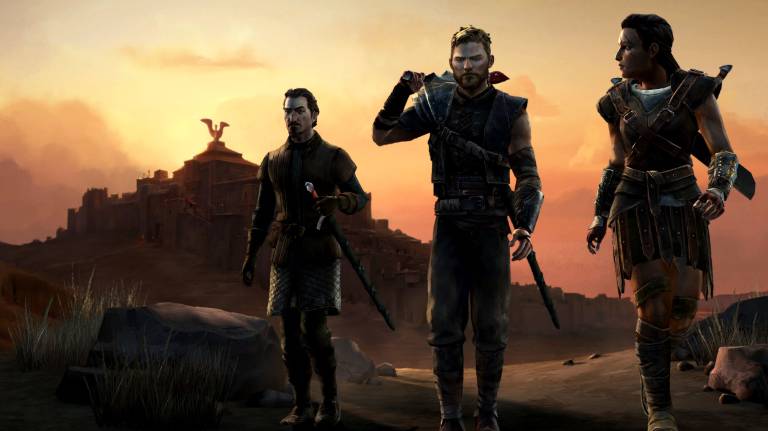 Malcolm Branfield “Your brother Ethan has sent me. I’m here to bring you home”

Given that, the Lost Lords is oozing with HBO’s Game of Thrones references and even though it’s a video game, it could be part of the bigger TV Series as it links to important moments in the story such as the upcoming wedding of Joffrey and the King behind the wall. With that said, I really love the intrigue, drama and difficult decisions that you must make in this excellent Telltale series. It makes it even more nerve racking that when the choices appear, you are quickly trying to think of which one to choose due to the potential repercussions.

Another cool aspect about the game is that when you finish the title, it then displays statistics from around the globe on what choices other players have made. For example, Rodrik Forrester is a given a choice of either standing up to Lord Whitehall or bending a knee and kissing this lords ring in order to help smooth the situation, needless to say most players told him to stick it. It’s quite cleverly done. 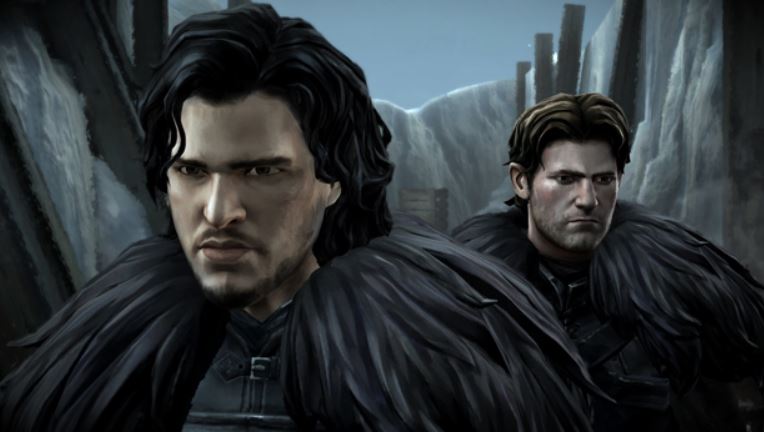 Game of Thrones The Lost Lords Episode Two of Six is another brilliant addition to the franchise, however my biggest complaint about the game is the release time between episodes. In a perfect world, this game should be released weekly with the final episode being released a week before the official airing of the HBO TV series. The long wait is killing not just me but also other fans from around the world! 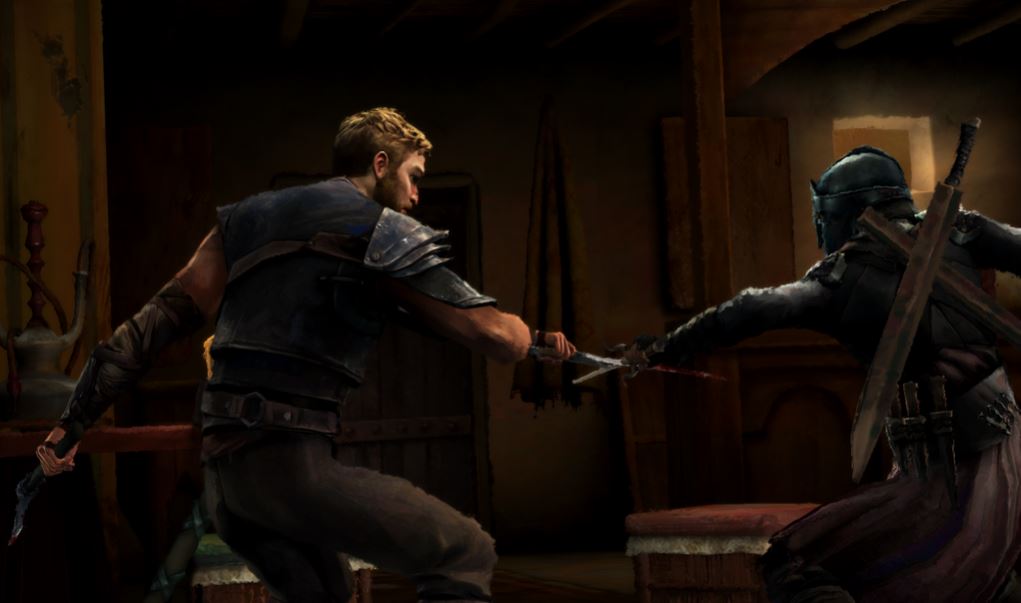 Nonetheless, it is still a powerful game that is extremely well written, gives the gamer a plethora of choices plus consequences and some beautiful graphics that really mimics the TV series. Voice acting is another highlight and with the inclusion of some of the actors from the TV series, it really creates a very interactive Game of Thrones experience that I could highly recommend to fans of this rich fantasy universe steeped in murder and betrayals.