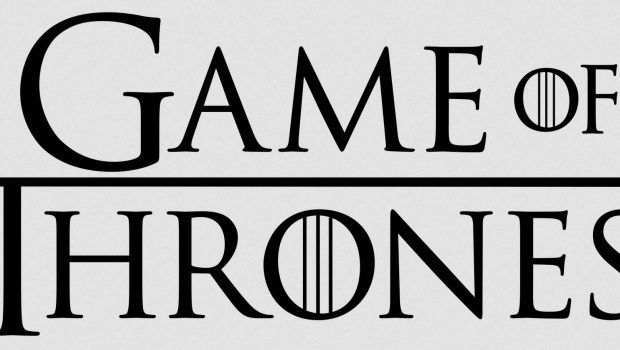 Producers Simon Painter and Melbourne based Tim Lawson in partnership with Kilburn Live announced today plans for a stage production around pop culture juggernaut Game of Thrones. Working alongside author George R.R. Martin, the play is being written and adapted by award-winning playwright Duncan MacMillan and helmed by acclaimed UK director Dominic Cooke.

Set during a pivotal moment in the history of the series, the play will for the first time take audiences deeper behind the scenes of a landmark franchise event that previously was shrouded in mystery. Featuring many of the most iconic and well-known characters from the series, the production will boast a story centered around love, vengeance, madness and the dangers of dealing in prophecy, in the process revealing secrets and lies that have only been hinted at until now.

“The seeds of war are often planted in times of peace.   Few in Westeros knew the carnage to come when highborn and smallfolk alike gathered at Harrenhal to watch the finest knights of the realm compete in a great tourney, during the Year of the False Spring.   It is a tourney oft referred during HBO’s GAME OF THRONES, and in my novels, A SONG OF ICE & FIRE… and now, at last, we can tell the whole story… on the stage.

An amazing team has been assembled to tell the tale, starting with producers Simon Painter, Tim Lawson and Jonathan Sanford. Their knowledge and love of my world and characters has impressed me from the very first, and their plans for this production blew me away since the first time we met.   Dominic Cooke, our director, is a former Artistic Director of London’s Royal Court Theatre, who brought Shakespeare’s dramas of the War of the Roses to television, and our playwright, Duncan Macmillan, has previously adapted George Orwell and Henrik Ibsen, among others.   Working with them (back before the pandemic, when we could actually get together) has been a treat, and I am eager for our collaboration to resume.    Our dream is to bring Westeros to Broadway, to the West End, to Australia… and eventually, to a stage near you.

It ought to be spectacular.”

Shepherding the creative side will be MacMillan, whose theatrical work includes Lungs; People, Places and Things; Every Brilliant Thing; Rosmersholm (adapt. Henrik Ibsen) and 1984 (adapt. George Orwell, co-written and co-directed with Robert Icke). His work has been performed throughout the world, including the National Theatre, the Old Vic, the Royal Court, St Ann’s Warehouse, Festival d’Avignon, Theatertreffen, in the West End and on Broadway. His work on screen has also appeared on the BBC, HBO, Netflix and at the Berlin and London Film Festivals.

‘I have such admiration for George’s world and his characters,” said MacMillan. “His generosity and trust during this process has been incredible. Working on this play during lockdown has felt like a real privilege. I can’t wait until we can be back in a theatre to experience this together.”

Teaming with MacMillian to bring Game of Thrones to life on stage is Cooke, who previously was the Artistic Director of London’s Royal Court Theatre from 2007 to 2013. His production of Sondheim’s Follies at the National Theatre, where he is an Associate, was nominated for 10 Olivier awards. He has recently successfully transitioned to TV and film with The Hollow Crown: Wars of the Roses starring High Bonneville, Sophie Okonedo and Judi Dench, On Chesil Beach, starring Saoirse Ronan and Billy Howle and recently The Courier starring Benedict Cumberbatch and Rachel Brosnahan.

“I am over the moon at being given the opportunity, by the dynamic producing team of Tim Lawson, Simon Painter and Kilburn Live, to bring a new instalment of George RR Martin’s epic story to a life on stage,” said Cooke. “One of George’s inspirations for the original books was Shakespeare’s history plays so the material lends itself naturally to the theatre. Duncan MacMillan and I are having a great time digging into the dynastic power struggles at the heart of George’s extraordinary imaginative world and he has been hugely generous and supportive towards both of us.”

Producer Simon Painter is best known for creating large scale touring shows including The Illusionists franchise which he launched with Tim Lawson. Their productions have played in over 400 cities in 40 countries while breaking numerous records on Broadway. In addition, Lawson has created and produced theatrical shows around the globe such as Fiddler on the Roof, Chitty Chitty Bang Bang, A Chorus Line and Jekyll and Hyde.

Lawson said “I am beyond thrilled to be involved in taking the legendary George RR Martin’s thrilling work to the stage with such highly respected creatives as Duncan and Dominic. We look forward to announcing further details in due course.”

Working in tandem with the pair to executive this grand vision is Kilburn Live, the global market leader in branded live entertainment with a roster of live events and experiences that include Dr. Seuss, Peanuts, Nerf, Power Rangers, and many more. Mark Manuel is the CEO of Kilburn Live.

In addition to Painter and Lawson, Vince Gerardis and Jonathan Sanford will serve as executive producers.