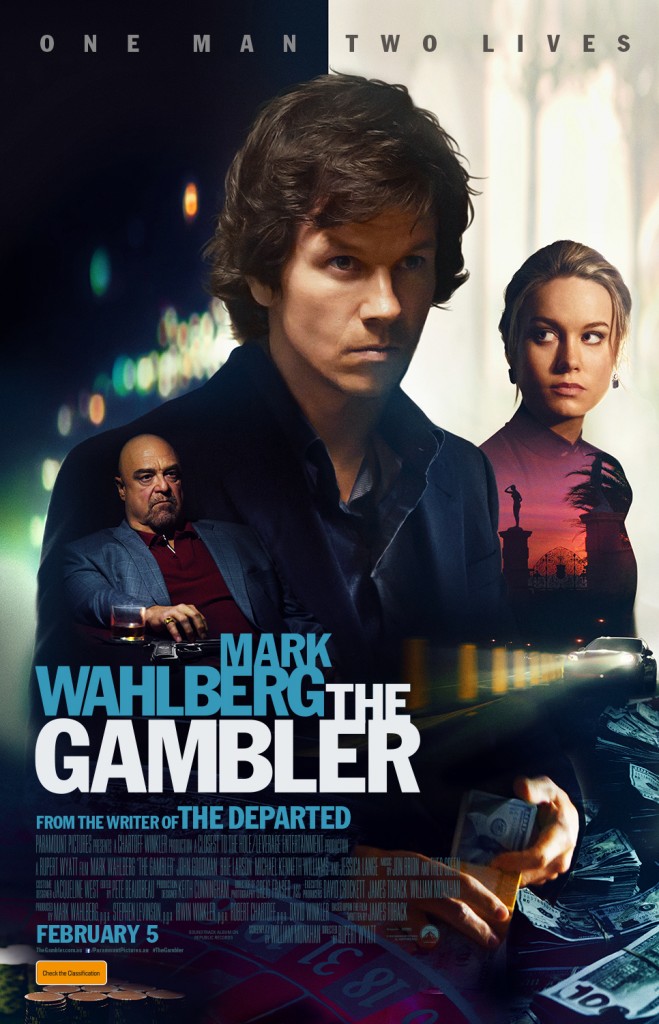 The New York premiere for THE GAMBLER is taking place tomorrow at 11:30am with the cast, with Mark Wahlberg, Brie Larson, Michael K. Williams and director Rupert Wyatt in attendance.

Jim Bennett (Academy Award®-nominee Mark Wahlberg) is a risk taker.  Both an English professor and a high-stakes gambler, Bennett bets it all when he borrows from a gangster (Michael Kenneth Williams) and offers his own life as collateral.  Always one step ahead, Bennett pits his creditor against the operator of a gambling ring (Alvin Ing) and leaves his dysfunctional relationship with his wealthy mother (Academy Award®-winner Jessica Lange) in his wake.  He plays both sides, immersing himself in an illicit, underground world while garnering the attention of Frank (John Goodman), a loan shark with a paternal interest in Bennett’s future.  As his relationship with a student (Brie Larson) deepens, Bennett must take the ultimate risk for a second chance.

THE GAMBLER WILL BE RELEASED IN AUSTRALIA ON FEBRUARY 5, 2015 BY PARAMOUNT PICTURES.