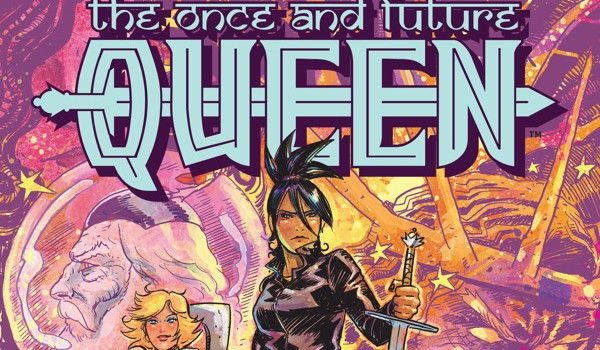 “THE ONCE AND FUTURE QUEEN” HITS BOOKSHELVES THIS NOVEMBER!

Dark Horse is proud to announce that The Once and Future Queen, the critically acclaimed twenty-first-century King Arthur adventure from the dream team of Amelia Cole—Adam P. Knave (This Starry Deep), D.J. Kirkbride (Never Ending), Nick Brokenshire (2000 AD), and Frank Cvetkovic (Artful Daggers)—is now being collected as a trade paperback!

Set in Portland, Oregon, and the UK, the story stars Rani Arturus, a chess prodigy with no plans to be a leader of any sort, let alone QUEEN. After she pulls the legendary sword Excalibur from the stone . . . well, no backsies. Now she must form a new Round Table made of friends and family to protect the Earth from an invasion of Fae, who’d like a new planet to call their own. It’s magic, romance, adventure, and excitement as old myths reveal themselves to be fake, and new ones cause trouble for everyone!
PRAISE FOR THE ONCE AND FUTURE QUEEN:

“This is a home run, no doubt. It has all the humor, heart, and excitement you’d expect from this team and then some. If you like swords, magic, and knights, you’ll freaking love this comic book.”—Nerdist

“A modern reinvention of the Arthurian legend, The Once and Future Queen has a lot going for it. It’s a beautiful book, pairing distinctly modern trappings with an almost retro color palette. It’s also the rare book that manages to be as fresh as it is familiar.”—IGN

“Fun, upbeat and wonderfully diverse, this modern twist on the legend of King Arthur looks set to be a massive hit, and given the track record of its creative team, this promises to be one hell of a ride going forward.”—The Fandom Post

“The past, future, and present collide in a marvelous way through this first issue of The Once and Future Queen. It has potential through just creativity in this world and its inner workings. The next step for us is to get to know this cast of characters a little better while pushing forward with what kind of future we’re fighting for.”—Geeked Out Nation

“Brokenshire, Kirkbride and Knave immerse readers in the duality of fantasy and everyday life with a thoughtful tone.”—Multiversity Comics

The Once and Future Queen trade paperback arrives November 1, 2017, and is currently available for preorder on DarkHorse.com, Amazon, and Barnes & Noble. 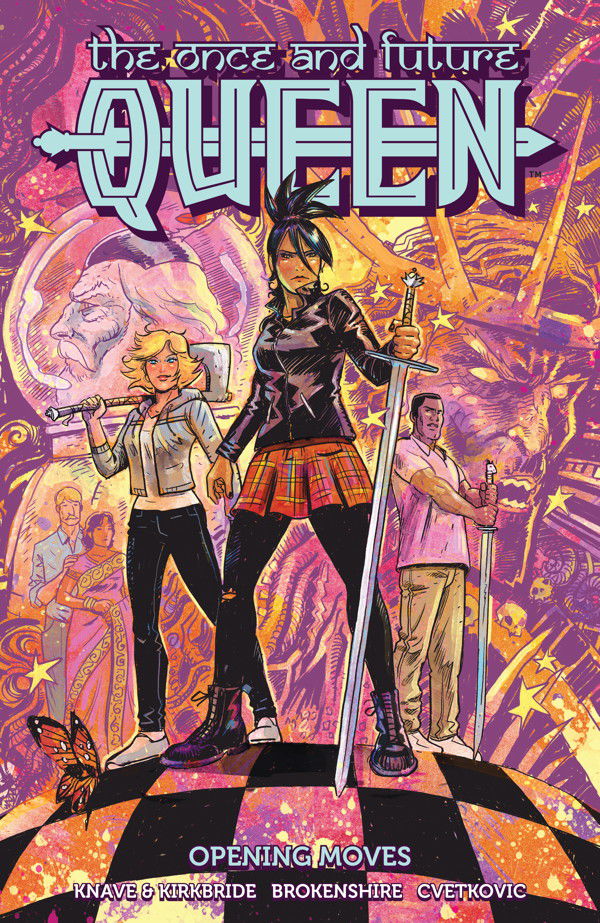