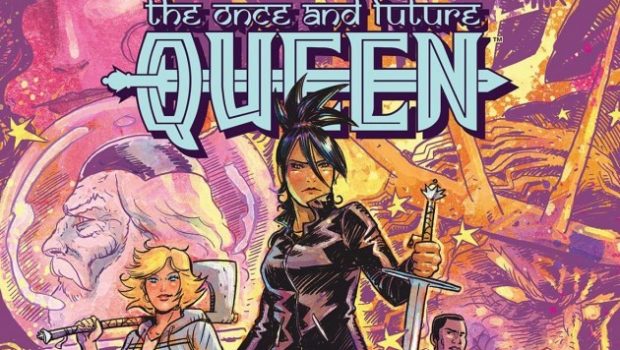 THE ONCE AND FUTURE QUEEN #1 REVIEW

THE ONCE AND FUTURE QUEEN #1 REVIEW Dana Folkard
Score

Summary: A modern Arthurian tale with an interesting twist.

The team that created Amelia Cole reunite to bring us The Once and Future Queen, a twenty-first Century reimagining of the Arthurian tale. A exploration into a literary classic with an uncanny twist, this story seeks to reinvent King Arthur in a completely new and wild way! 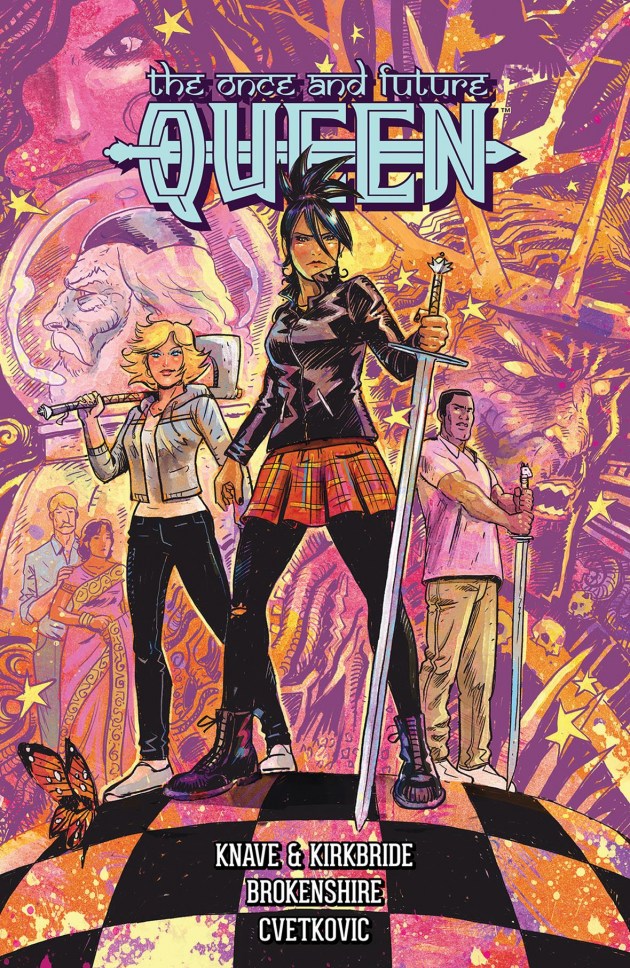 The story follows Rani Arturus, a teenage chess playing prodigy, from Portland. After travelling to Cornwall, England to take part in a chess tournament, Rani stumbles across the legendary sword, Excalibur, in an isolated cave. After pulling the sword from the stone, Rani discovers that she is destined to unite the world and be its once and future Queen! This comes as hard news to digest from a strange man wearing a spacesuit, who claims to be Merlin, however, after being revealed the swords mystical powers, Rani can’t help but accept her new lot in life. Naturally evil lurks around the corner, in the form of The Fae, a dark and sinister type of faerie-goblin hybrid that seek to claim the sword and destroy its wielder. Will Rani take the leap of faith, embrace what has been prophesied and become the Queen that she is destined to be? 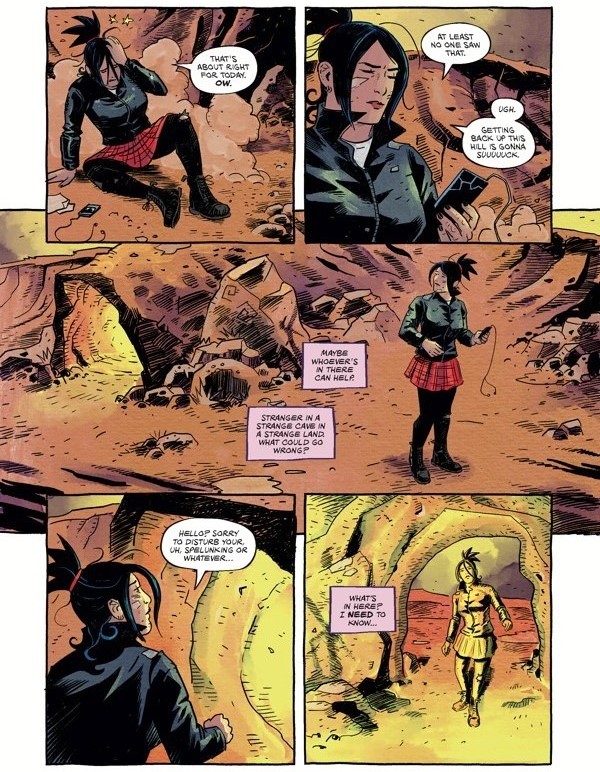 This is a new take on the legendary Arthurian tale, with quite a few modern twists. King Arthur in this tale comes in the form of Rani Arturus, a bisexual teenage girl with a punk rock aesthetic, who is going through a rebellious phase of teenage angst. There are a lot of Arthurian references dotted throughout this first issue and it’s pretty easy to spot them, from the names of characters and places to subtle references to British mythology. Even Excalibur is reimagined and come as a pretty neat tattoo on Rani’s arm, from where she can manifest the sword when she needs it, along with some handy armour. Personally, I’m a huge Arthurian nerd and I’ll forever love the original story, however, I’m always happy and keen to see new and creative interpretations of this old legend. Whilst I understand that the driving force and inspiration behind this story is the tale of King Arthur, I would have liked to have seen a more unexpected series of events unfold. Some parts of the story were quite predictable and could guess what was going to happen next. In saying that, I also thought that there were some creative and original ideas as well. For instance, Merlin wears a spacesuit, travels through time, mutters omens and predictions and acts almost as a chorus for the story. 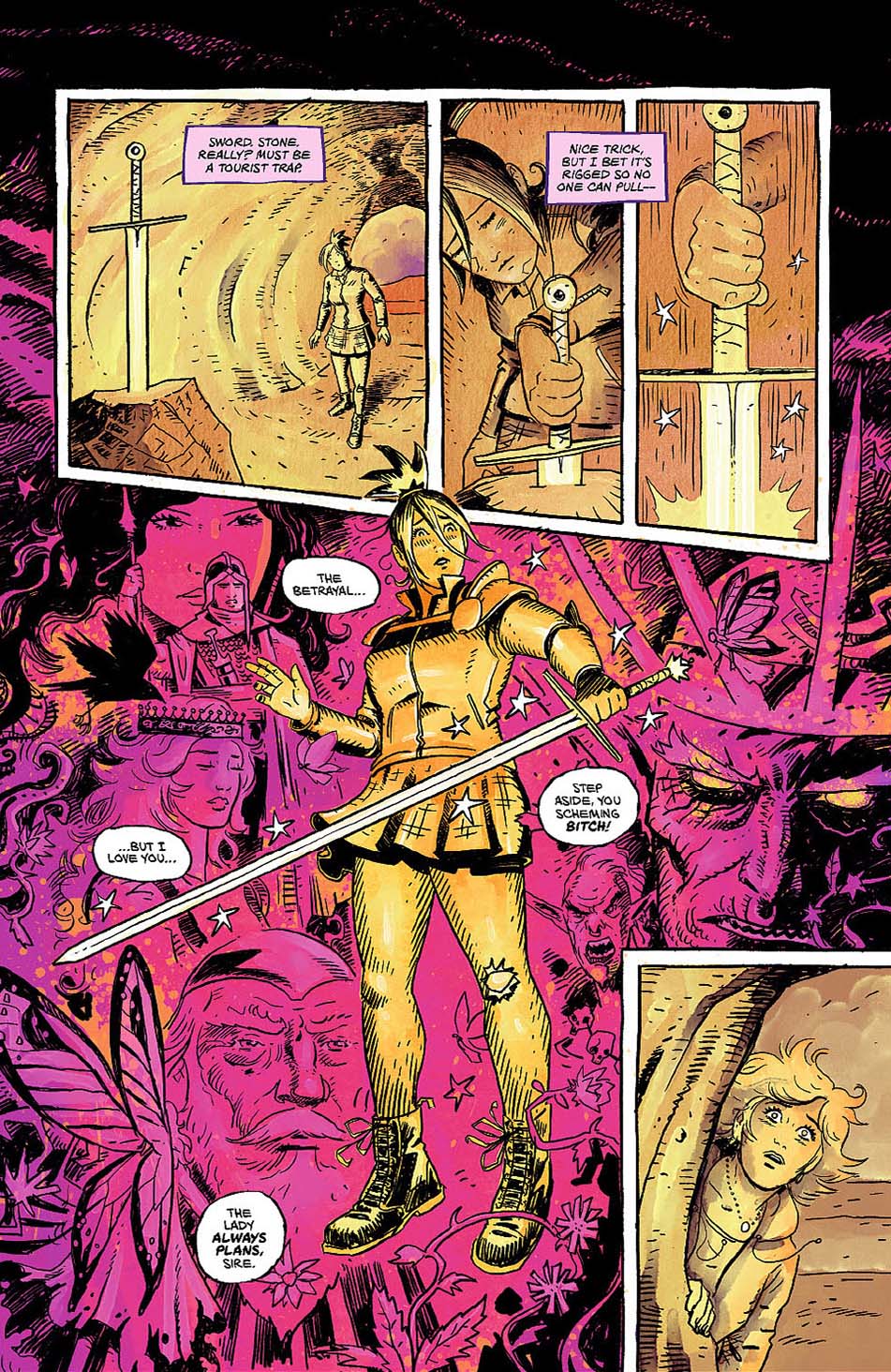 The art is fun and animated. It works well with this story and does a good job at capturing the whole youthful essence. There is a cartoon-like quality to Nick Brokenshire’s art, which gives a very whimsical and lively energy to this story. The colours also help to establish the tone, making it feel like a magical faerie tale set in modern times. I quite liked how this all came together to create a vibrant palette with colours that pop on the page and also help to create a textural quality.

The Once and Future Queen #1 is a story that will appeal to a younger audience wanting to familiarise themselves with the Arthurian tale with a modern twist. This interpretation seeks to make the story of Arthur a more believable in a real-world sense, whilst still trying to capture the magical essence of King Arthur. It’s early days yet, so any world building or character development has yet to be established, so these things may unfold in later issues. I’m curious to see where this story will go and how it will unfold and whether it can continue to drive forward in a fresh and original way.