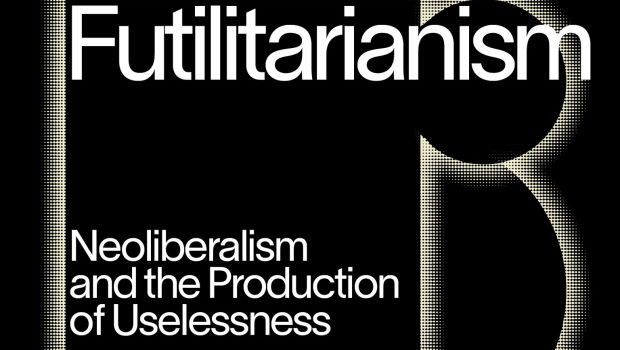 Futilitarianism: Neoliberalism and the Production of Uselessness Book Review

Summary: An academic examination of the futile world we live in and ideas for how to escape the useless grind we find ourselves trapped in.

As a philosophy graduate… the title of this book was an obvious lure. From the portion of academia that seems to thrive on isms… it was a chance to experience some “future nostalgia” by way of immersing myself in verbiage of my past whilst reading of the present with views towards the future. Neil Vallelly pulls at the threads of Neoliberalism and uncovers the world of futilitarianism and then exaplains what we might be able to do to escape this seemingly endless cycle.

Futilitarianism is certainly a book for… brace yourselves, socialists, but I really hope all those people who instantly balk at even the slight notion of socialism take a chance and read it as well as it lays out why structuring society to help the collective rather than shunning all others for the benefit of the self is actually beneficial to the self in the long run as well.

As mentioned in the acknowledgments at the start of the book… it was born out of a wave of job cuts in the humanities division at the University of Otago, then grew into a wide ranging study of the relationship between uselessness and neoliberalism and I think that’s a pretty good starting point… the fact that you need only look at one small section of our life and you can see the impact of neoliberalism and the extent of futilitarianism.

For those with a passing interest in philosophy the term utilitarianism will be a familiar one… essentially the notion that the action that produces the greatest total good for the greatest number of total people is the best (to boil it down to simple terms). What Neil Vallelly shows is that economists and neoliberals have grabbed the notion of utilitarianism and by tying the notion of good to money, have made the idea of pursuing the greatest good equate essentially to pursuing the most money which then becomes an individualistic goal of acquiring personal wealth and the notion of collective good falls to the side as every individual steps on the others in an effort to gain ever more money.

The modern trend of “influencers” and “personal branding” (both terms and notions I hate) are covered and the way in which these things simply keep us stuck in the futile cycle is exposed. One of my favourite sections involves a quote from David Graeber who points out the creation of “bulls#@$ jobs” “manufactured middle-management positions” being one example he gives, “if they went away tomorrow, it would make no difference at all”. That section alone will ring true to anyone who has had an entry level job and had to deal with a handful of middle management people coming around telling them what to do… only to have a different person from middle management come around the next day and say “no no no… you’re supposed to do it this way”, with the cycle repeating week in week out (not that I have personal experience of that).

But it’s not just the job market that is full of uselessness. Later Vallelly covers the modern world of politics in which we have “PR gurus and lobbyists to choice architects and nudge theorists…”… is it any wonder that politicians seem to change what they say and mean from minute to minute. But perhaps most importantly Neil Vallelly leaves us with hope… citing examples of how people have risen in the last few years to stand up for their beliefs… to no longer be complacent when the wealthy elite attempt to profit off suffering yet again. By reminding us that we can change things and reminding us that people have been and are changing things now… it helps us remember that we do have power… we just have to use it.

If you are philosophically minded, if you are interested in social politics then this book is an easy recommendation. If you abhor even the idea of socialism… please at least see if you can borrow a copy of this book and give it a try… it might help make clear why helping our fellow citizens is actually a net good!