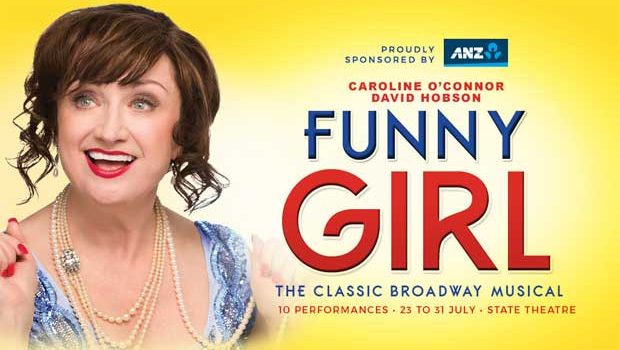 Summary: Funny Girl is a great rendition of the classic Broadway musical comedy

With a limited season here in Melbourne, the classic musical comedy Funny Girl is currently playing at the State Theatre and stars Caroline O’Connor as the delightful, quirky and passionate Fanny Brice as we the audience follow her trials and tribulations on stage and off.

Although Funny Girl commenced as a musical in 1963, it received popularity when Barbara Streisand played in the film of the same name and from there, it’s received many incarnations on both Broadway and around the world. This current incarnation is no exception to that rule! 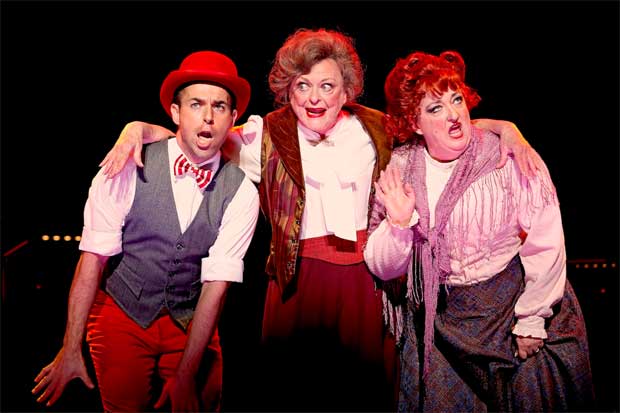 Split into two acts, Funny Girl tells the life of Fanny Brice who although didn’t have the Hollywood looks compared to some of the other stars, her determination and voice led her to become one of legendary ladies of the American Stage. Even though her life was filled with heartache, this production focuses on her positivity and determination to go beyond adversity. So while her close friend Eddie Ryan (Luke Alleva) helped Fanny get career started, she eventually came under the umbrella of producer Florenz Ziegfield (David Ross Paterson) where she became a household name.

However as her career blossomed, she had a turbulent relationship with husband Nick Arnstein (David Hobson), a gambler who was eventually jailed for embezzlement. Although this story does take some artistic liberty in relation to the real story of Fanny Brice, it’s quite a phenomenon on stage that boasts some wonderful acting, songs, music, costumes and dance routines which truly channels the Golden Age of Hollywood. 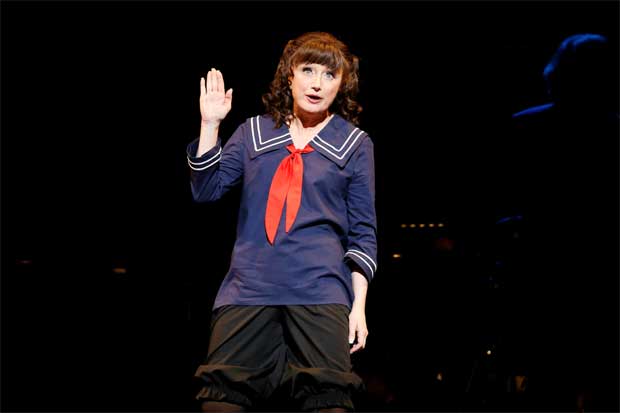 In terms of musicals, Funny Girl is an institution which successfully created some very memorable songs (Don’t Rain On My Parade, You Are Woman, I Am Man) and spectacular dance routines that is really maximised at the venue of the State Theatre here in Melbourne, particularly the lighting and set effects. For me, it was like being transported back into the 50’s with all the finesse and wonder of this era. 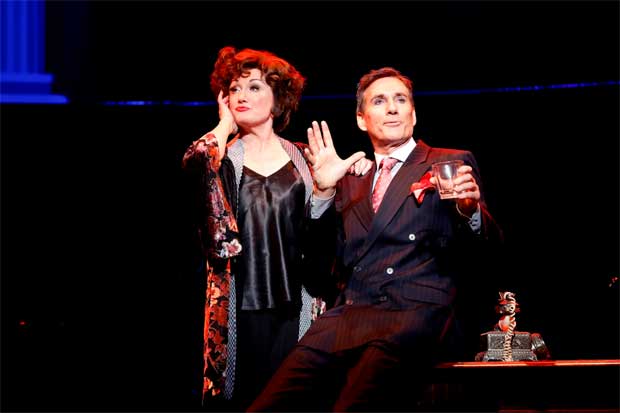 However the star of this rendition of Funny Girl is truly Caroline O’Connor who has this really powerful voice and also injects quite a bit of humour into her performance that had the audience laughing. To compliment this performance, Funny Girl had a flawless orchestra to support the songs which assisted in the beautiful harmonies of this production. Some of the bigger production numbers like Cornet Man and Rat-Tat-Tat-Tat really channel those classic Broadway performances, particularly with their exuberant costumes and choreography. 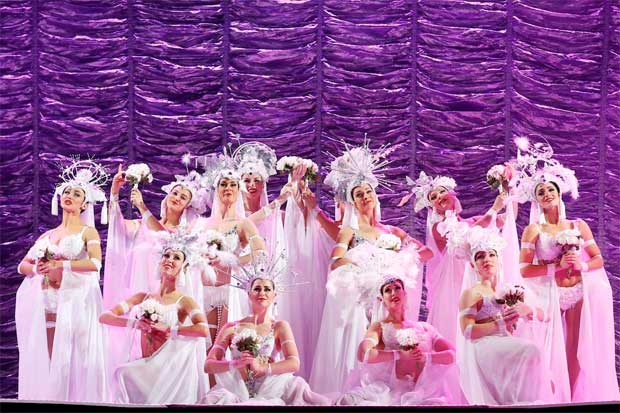 Other standout performances include Luke Alleva as Eddie, David Hobson as Nick Artnstein and Nancye Hayes as Fanny’s mother who all helped in make this a fun production. Add in the other actors plus the amazing ensemble and Funny Girl was a true extravaganza that paid homage to a simpler time with some very memorable songs, dances and pristine live music.

Funny Girl is currently playing at the Arts Centre from 23 to 31 July and is a great Australian rendition of this classic Broadway musical.