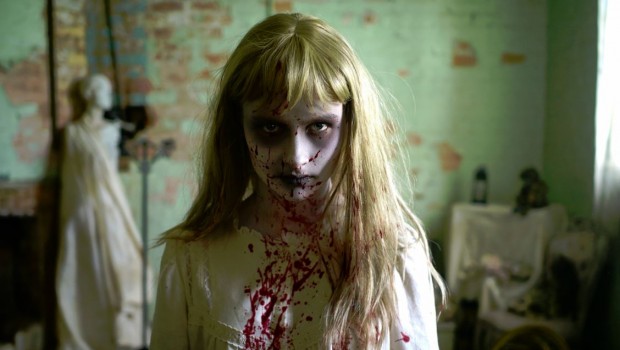 February 3rd, 2016 – The full trailer has been released for SCARE CAMPAIGN, the upcoming horror feature film from writers and directors Colin and Cameron Cairnes (100 Bloody Acres) and producer Julie Ryan (Red Dog), to coincide with the news that the film will be officially released in late March through an innovative event-style cinema release.

SCARE CAMPAIGN, which recently scooped the awards at Melbourne’s Monster Fest, including ‘Best Film’ and ‘Best Direction’, will initially host themed preview screenings in February and March. These include anti-Valentines showings at Dendy Newtown and Dendy Canberra, and then a special screening at Beechworth Lunatic Aslyum, the abandoned facility that provided the ominous backdrop for the film. Following this, SCARE CAMPAIGN will kick off a series of event screenings around Australia from late March 2016.

“We’re really looking forward to hitting the road with these special event screenings” remarked co-director Colin Cairnes on SCARE CAMPAIGN’s innovative release plans. “Watching the film with a raucous sell-out crowd at Monster Fest reminded us why we got into this caper in the first place, this is about getting a large group of people together in a darkened room and making them scream, wince and laugh!” continues Cairnes.

Producer Julie Ryan, who also worked with the Cairnes Brothers on 100 Bloody Acres, was equally buoyed by the Monster Fest experience, “Feedback from its first public was overwhelmingly positive and I’m sure our fan-base will be both surprised and entertained by it. It’s a great date film and perfect for Dendy’s anti-Valentines Day screenings.” Ryan continued, “Our distributor Bonsai Films has come up with a unique theatrical release plan which targets our fans directly and will keep the film in the public eye until the lead up to the home entertainment release by Madman in the second half of this year.”

SCARE CAMPAIGN charts the increasingly extreme attempts of a horror-themed TV “prank” show to stay one step ahead of its brutal online rivals and the Cairnes brothers can’t wait to share it with cinema-going audiences, “Scare Campaign’s got all the ingredients for a great night at the movies; a brilliant cast, incredible special effects, and a story that keeps you guessing till the very end!” comments Colin Cairnes.

Popular TV prank show, Scare Campaign, has been entertaining audiences for the last five years with its mix of old school scares and hidden camera fun. But as we enter a new age of online TV, the producers find themselves up against a hard-edged web series which makes their show look decidedly quaint. It’s time to up the ante, but will the team go too far this time, and are they about to prank the wrong guy?