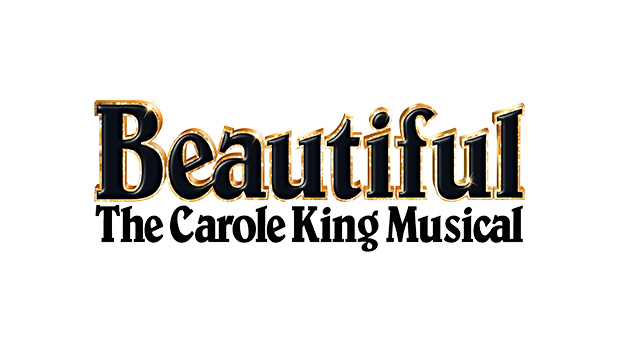 Following the announcement of multi award-winning leading lady Esther Hannaford, the producers are thrilled to reveal the full company of the Australian premiere production of Beautiful: The Carole King Musical.

A talented cast of Australian performers will star in the Broadway hit musical which begins performances at a newly refurbished Sydney Lyric Theatre on 17 September 2017.

Beautiful: The Carole King Musical charts the true story of the legendary singer’s journey from teenage songwriter to international superstar, including her relationship with husband and song-writing partner Gerry Goffin and their close friendship and playful rivalry with fellow song-writing duo Barry Mann and Cynthia Weil. 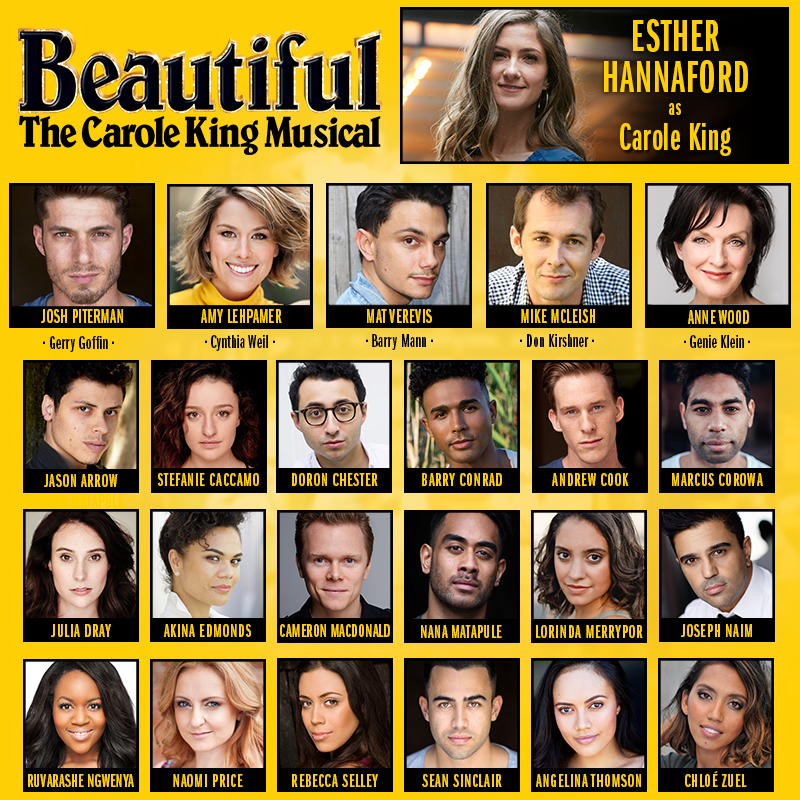 Of the Australian cast, Director Marc Bruni said;“In the three years since we opened on Broadway we’ve taken Beautiful to London and toured across the US, finding some remarkable performers to bring this story to life. We’re proud to grow our family with this phenomenal Australian company – superb actors with exceptional voices who really did make the earth move under our feet in the audition room!”

“Magical. Sends shivers down the Spine.”

Hits include You’ve Got a Friend, Will You Love Me Tomorrow, It’s Too Late, Locomotion, (You Make Me Feel Like) A Natural Woman and I Feel the Earth Move along with chartbusting Mann/Weil tunes such as You’ve Lost That Lovin’ Feeling, On Broadway and Uptown.

Minister for Tourism and Major Events Adam Marshall said the Tony Award-winning Broadway production was another major coup for Sydney. “Beautiful: The Carole King Musical is a significant drawcard for visitors to NSW, with about 60,000 overnight visitors expected to travel to Sydney generating approximately $26 million for the local economy. Securing the Australian premiere of Beautiful further cements Sydney as Australia’s home of musical theatre, and we look forward to welcoming the remarkable cast to the newly refurbished Sydney Lyric Theatre.”

New seats will be released on Monday 8 May, with the musical extended until 12 November.  Tickets are available from beautifulmusical.com.au.

Long before she was Carole King, the chart-topping music legend, she was an ordinary girl with extraordinary talent. She sold her first hit, Will You Love Me Tomorrow, at just 17. By the time she was 20 she was writing number ones for the biggest acts in rock ‘n’ roll, including The Drifters, The Shirelles, Aretha Franklin and The Monkees. But it wasn’t until her personal life began to crack that she finally managed to find her own voice and step into the spotlight, becoming the most successful female songwriter of the latter half of the 20th century with music that would become the soundtrack of a generation.

Beautiful opened on Broadway in January 2014 at the Stephen Sondheim Theater, where it won two Tony® Awards and the 2015 Grammy® Award for Best Musical Theater Album. The Broadway production has broken every box office record at the theatre, recently becoming the highest grossing show in the venue’s history.  The London production opened in February 2015, winning two Olivier Awards and the US touring production is current wowing audiences throughout the country.

Watch highlights from the musical here.