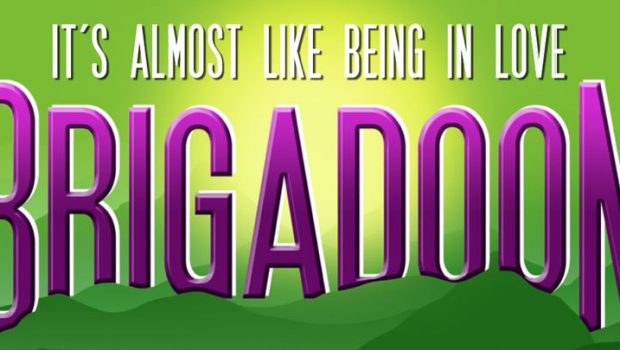 The Production Company  today  announced  the  full  cast  for  their  final  show of season 2017, Lerner and Loewe’s timeless romantic classic, Brigadoon. Featuring a cast of 28, a band of 21 and a real-life piper playing Scottish bagpipes.

Opening on October 28 in the State Theatre at Arts Centre Melbourne for 11 shows only.

…If you love someone deeply, anything is possible.

From Lerner and Loewe (My Fair Lady, Camelot), Brigadoon is the story of New Yorkers Tommy Albright and Jeff Douglas who get lost on their vacation to the Scottish Highlands, and stumble upon Brigadoon, a mythical village that appears for one day every hundred years. Tommy – who has a fiance in New York – soon falls in love with Fiona,

a young woman from Brigadoon. And as Tommy learns, to fall in love means staying forever.

Lerner and Loewe’s lush score will sweep you off your feet as you fall in love with Brigadoon. It’s most famous song

It’s Almost Like Being In Love became a romantic standard and has been recorded by the likes Frank Sinatra, Nat King Cole, Anthony Warlow and Rufus Wainwright.

See the full company at www.theproductioncompany.com.au

Rohan Browne, over an extensive career, has established himself as one of Australia’s most versatile stage performers. His performances as Don Lockwood in Singin’ In The Rain cemented Rohan as Australia’s leading male triple threat performer.

Rohan recently creatively developed and will star in the dance theatre piece SELF for the Melbourne Fringe Festival.

Other standout performances include George in Melbourne Theatre Company’s The Drowsy Chaperone, Riff in West Side Story and Greg in A Chorus Line all garnering him Green Room Award nominations for Best Actor in a Supporting Role. He also starred as Don Lockwood in The Production Company’s Singin’ In The Rain in 2013 where he was nominated for both a Green Room Award for Outstanding Actor and an Australian Dance Award for Outstanding Performance and as leading man, Jimmy Winter, in The Production Company’s Nice Work If You Can Get It.

Genevieve is honoured to be making her Production Company debut in  Brigadoon.

Born and raised in Melbourne, Genevieve moved to the UK to study at the London School of Musical Theatre. She graduated in 2014 and whilst studying starred as the title role in Violet at the Bridewell Theatre and Martine in RSVP ASAP. Other works included Annie in The Faith Machine, Rose in Ruddigore and Rosalind in As You Like It.

Genevieve made her professional debut playing Johanna in Sweeney Todd at the Twickenham theatre, which won the 2015 What’s On Stage Award for Best Off-West End Production. Since returning to live in Australia, Genevieve has performed in the Australian International Opera Company’s China tour of La Traviata; as well as in Sing On Through Tomorrow, a musical review by acclaimed Australian composer Matthew Lee Robinson. Performing for the first time at Arts Centre Melbourne Genevieve played the central role  of Clara last year in the Life Like Company’s production of The Light in the Piazza.

Nancye Hayes AM is one of Australia’s favourite theatrical actresses. She is an accomplished actor, dancer, singer, choreographer and director. She began her career  with J.C. Williamson Theatres Ltd as a chorus member in My Fair Lady. She went on to star in many major musical productions including Sweet Charity, Chicago, Sweeney Todd, Guys & Dolls and 42nd Street.

Most recently Nancye has performed in Six Dance Lessons in Six Weeks with Todd McKenney for the Ensemble Theatre, Jerry’s Girls (The Production Company), Sondheim

on Sondheim (Manilla Street Productions), as Ruth in Pirates of Penzance (Harvest Rain), as Lady Bracknell in The Importance of Being Earnest (State Theatre Company SA), in Beyond Desire (Neil Rutherford Productions/ Hayes Theatre Co), as Miss Hannigan in the Australian Tour of Annie (The Gordon Frost Organisation), and in Grey Gardens, Follies, Oklahoma, Music Man, Funny Girl (The Production Co.), Murderers (Ensemble), A Little Night Music and My Fair Lady (Opera Australia).

With an outstanding list of credits to her name, Elise McCann is one of Australia’s most unique modern day performers.

Elise is most well known for her break out role as Lucille Ball in the critically acclaimed one woman show Everybody Loves Lucy (Luckiest Productions) for with she was nominated for Best Cabaret Performance in the 2015 Sydney Theatre Awards.

A graduate of University of Western Sydney and ACTT, Luke has forged a successful career in both musical and legitimate theatre, as well as being highly sought-after as a director.

He recently finished touring in The Play That Goes Wrong, prior to this he appeared in the new musical, Georgy Girl and the premiere production of the play Machu Picchu. Luke was part of the 25th aniversary production of Les  Misérables.

Luke won both a green room and Helpmann Award for his performance as Nicky/Trekkie Monster in Avenue Q.