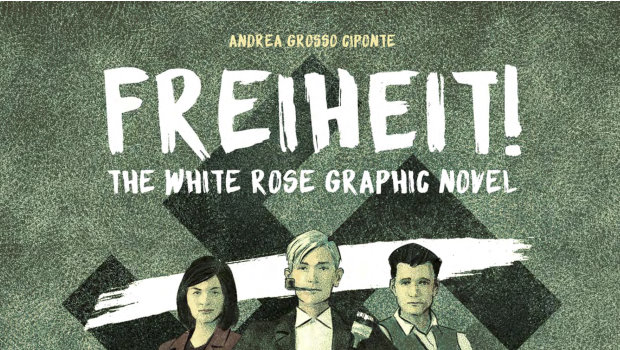 Summary: To stand against tyranny at any cost, even death, is a brave and noble endeavour.

It is often said that hindsight is 20/20, the notion that looking back on events things can seem clear that didn’t at the time. In terms of politics and war, hindsight is too late, in these situations even a seemingly small voice shining light on wrong doings is important and to be one of those voices of reason despite the costs is a brave and noble thing. The University students who formed the White Rose knew they were living in dangerous times, they knew their government was wrong and they felt the need to make others see just how horrible thing were… at any cost. This is their story. 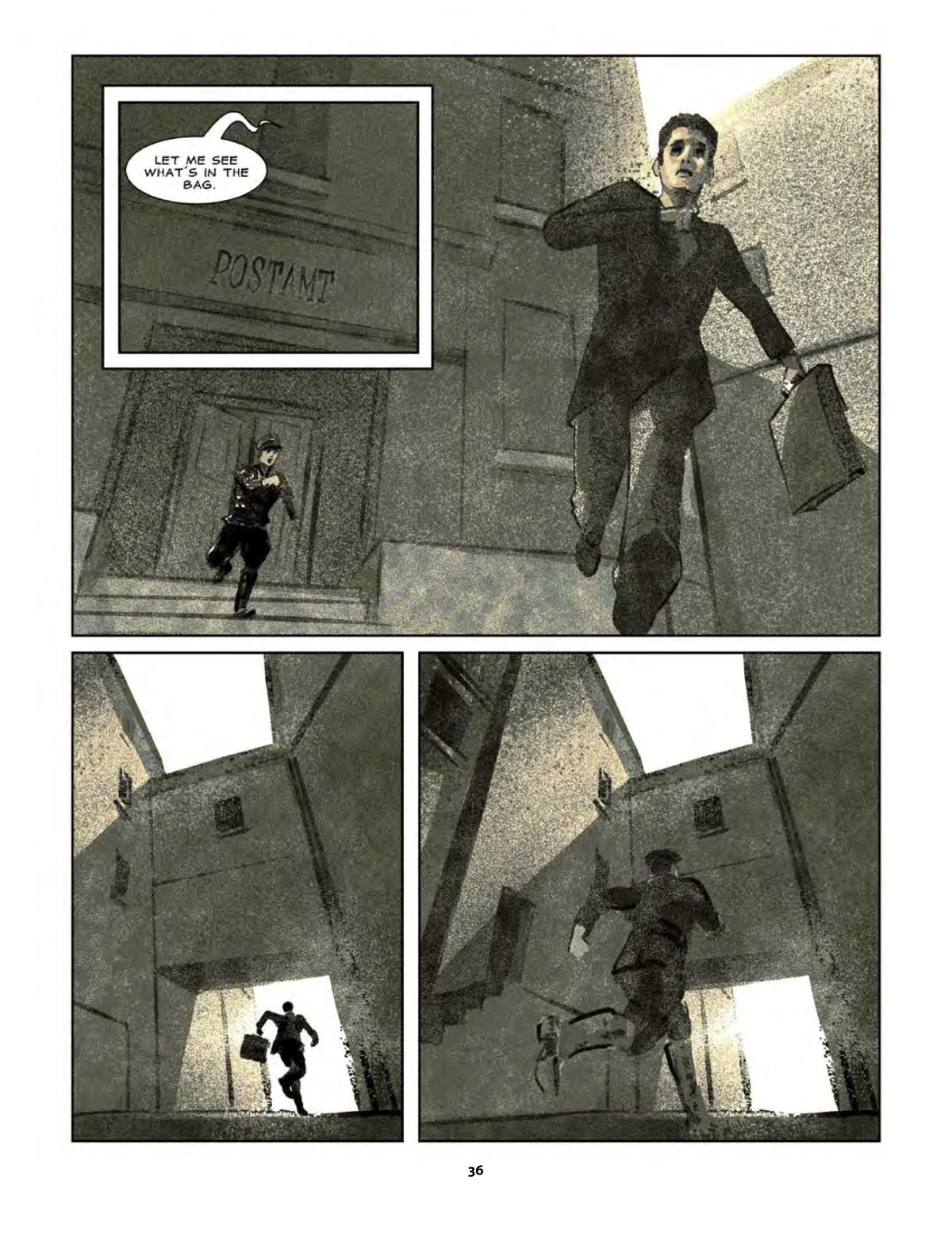 The story telling here is very effective in it’s depiction of daily life for the students of the White Rose, their sense of justice mixed with their heady youthfulness. People who should have been enjoying their youth, learning about the world and experiencing all that life has to offer, instead seeing the horrors being committed around them and feeling the drive to make clear to their fellow students and anyone they could reach what was going on and the need to stand against the tyranny no matter the cost. As much as the bulk of the story is compelling and moving… arguably it’s the last few pages that really hit your right in the heart if not your very soul! The official reports at the end and then the reprint of the White Rose leaflets (including what I take to be a scan of one of the original documents which is quite haunting in and of itself) just put that personal element front and center and make it all feel so (rightfully) real! 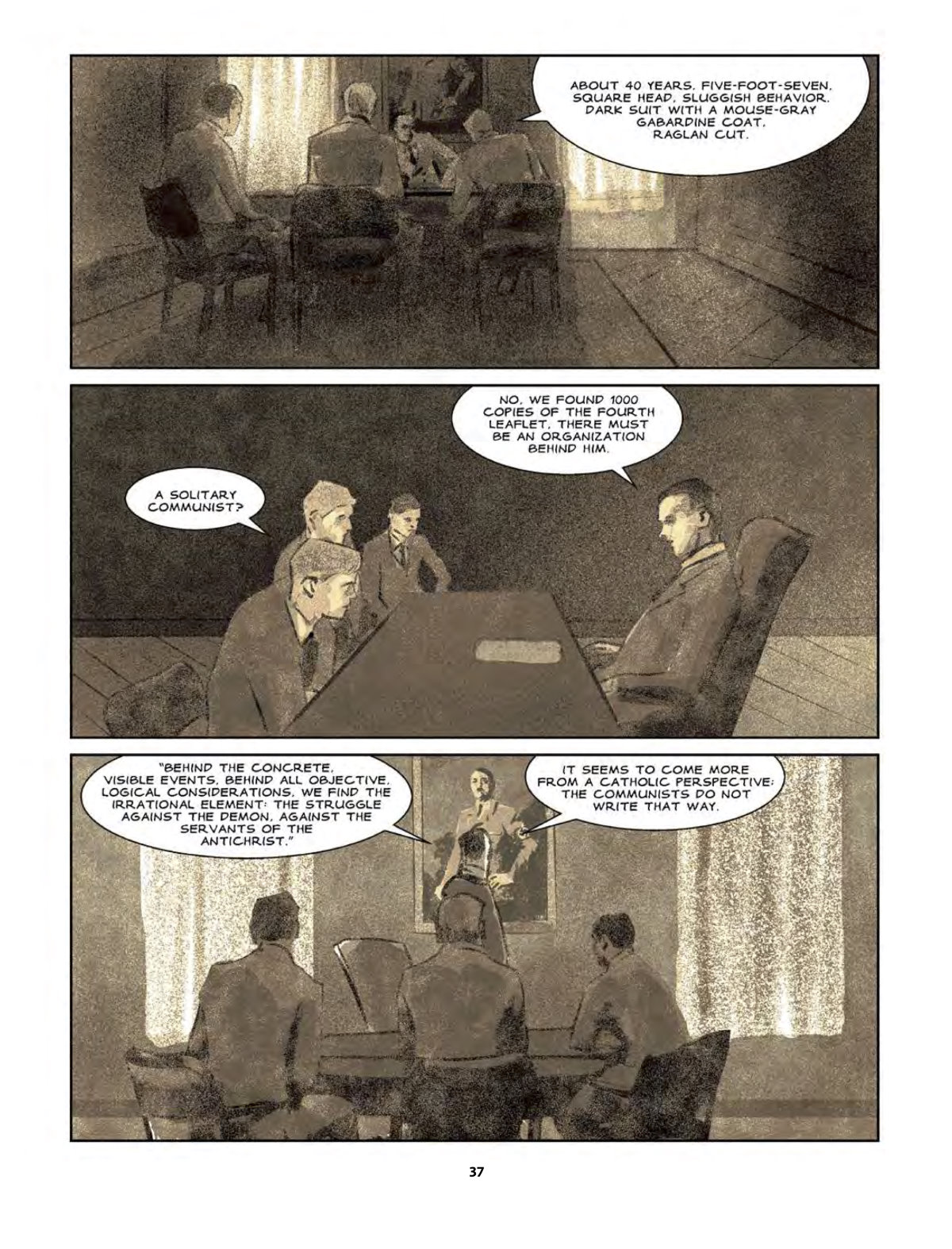 There’s a dreamy feel to the artwork throughout here. The graininess throughout evokes a sense of aged film as though we are watching a dated documentary on the events, but at the same time it gives the images a sort of surreal, dreamlike soft focus, almost like it is letting us see the events through the ethereal otherworldly memories of those involved. The colour choices work in a similar way and whilst normally a panel being seemingly only slight variations of a single tone can lead to the image seeming washed out or drab, here the focal points are brought out with bold lines and the backgrounds have a haziness that works in that previously mentioned manner, heightening that sense that we are watching memories of the events. 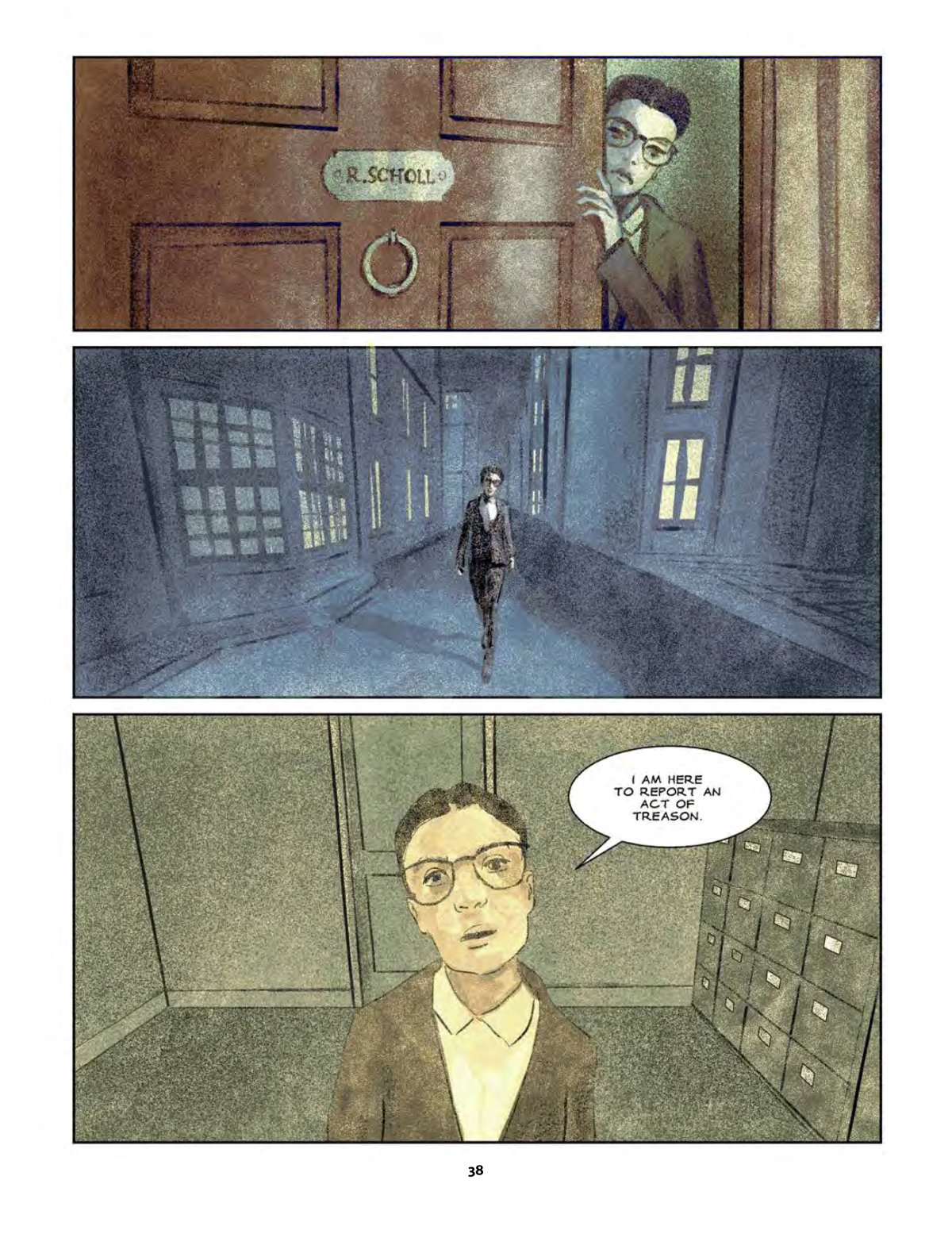 I have no doubt that the last four years have left their stain on history and though we didn’t get to the same level as Nazi Germany, there were all too many tell tale signs that it was heading in that direction. It is thanks to people like those students who began the White Rose, people willing to put their own lives on the line to stand against the harmful deeds of others and to draw attention to those acts so that they can be held to account that we have a safer world. The saying “those who cannot remember the past are condemned to repeat it” is ever true and we have lived through examples of that. Freiheit! The White Rose graphic novel reminds us of what people have gone through in the past to prevent horrors, reminds us what is at stake and to not be complacent.

I highly recommend this book for anyone with an interest in history or global politics or even just stories of justice. 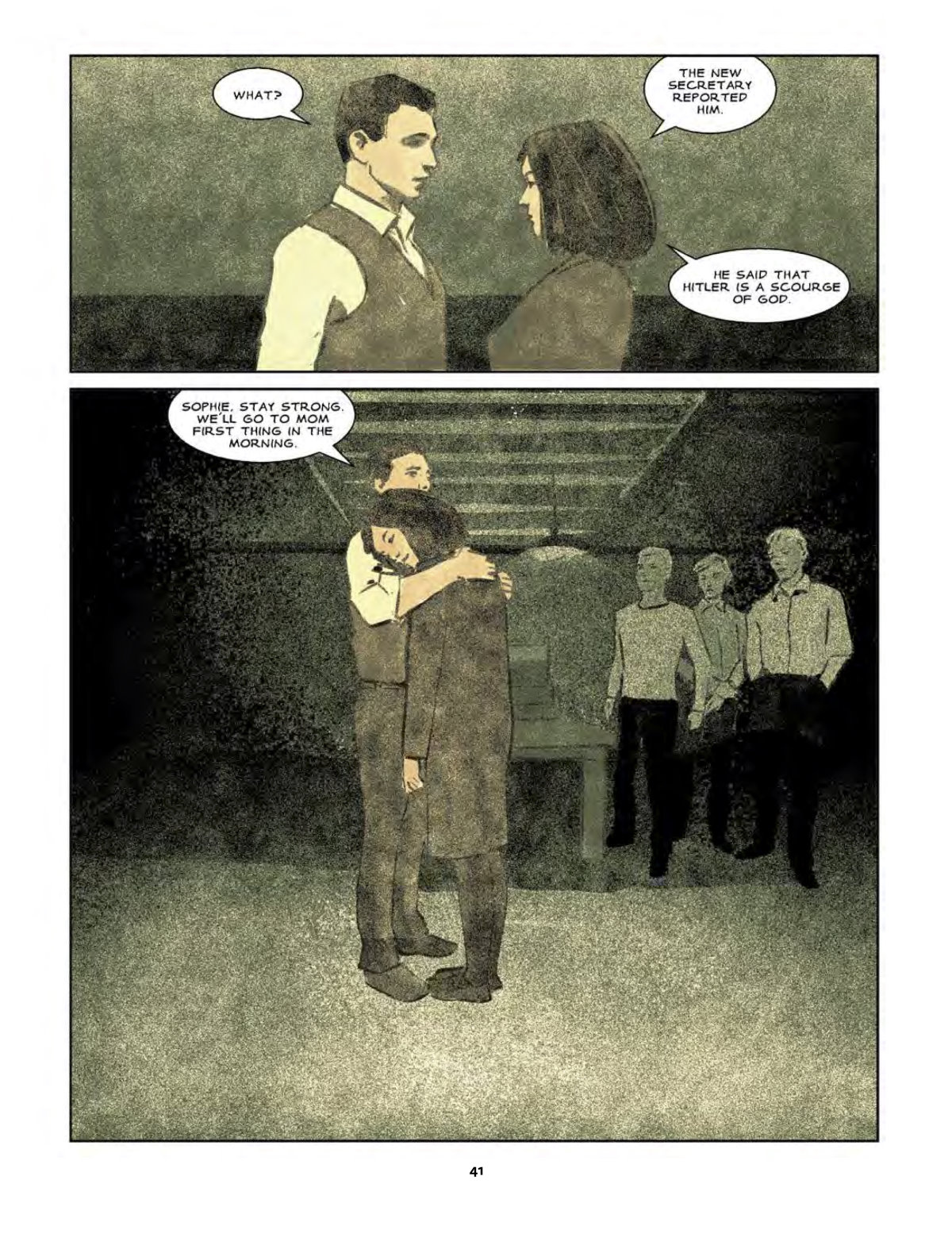