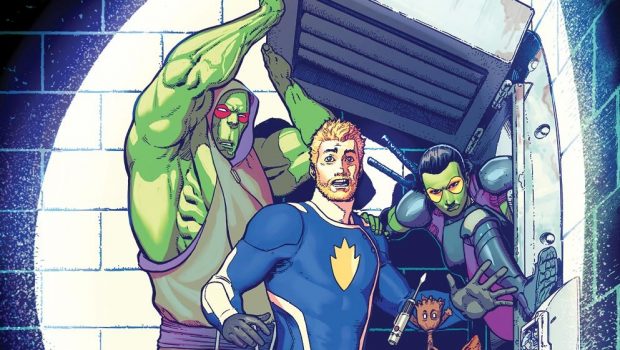 The biggest heroes, the biggest creators and the biggest stories are coming to FREE COMIC BOOK DAY 2017! Today, Marvel is pleased to officially unveil the first of two, can’t-miss Free Comic Book Day offerings this year. Featuring two thrilling tales, ALL-NEW GUARDIANS OF THE GALAXY FCBD #1 is the place to be to catch a prelude to two of 2017’s biggest new comics!

“Each year, Free Comic Book Day is an amazing opportunity for publishers to showcase some of their incredible titles and stories,” says Marvel SVP Sales & Marketing David Gabriel. “It’s an unparalleled opportunity to reach new fans and support our retail partners, so we’re thrilled to provide completely new content for this year’s offerings. These titles are the perfect opportunity for fans to jump into the Marvel Universe with both feet and we’re excited to unveil the contents of this year’s Silver title.”

First, blast off with Star-Lord, Gamora, Drax, Rocket Raccoon and Groot as they head for the stars and right into an all-new ongoing series! Creators Gerry Duggan, Aaron Kuder and Ive Svorcina bring you over-the-top action and out-of-this-world adventure as the stage is set for May’s highly anticipated ALL-NEW GUARDIANS OF THE GALAXY #1! As this unlikely band of misfits returns to outer space once more, nothing will prepare them for their first run in with the new Nova Corps!

Then, head back down to Earth and the mean streets of Hell’s Kitchen as the blockbuster creative team that brought you Civil War II, Invincible Iron Man and Ultimate Spider-Man bring you their next explosive epic in…THE DEFENDERS! Superstar creators Brian Michael Bendis, David Marquez and Justin Ponsor unite Daredevil, Jessica Jones, Luke Cage and Iron Fist as they go head-to-head with the new criminal element in the Marvel Universe. What new player is running things in the underworld? Find out here with a 10-page tale that leads directly into THE DEFENDERS #1 this June!

“Is there a better time to offer fans a sneak peek at the ALL-NEW GUARDIANS OF THE GALAXY series than the same weekend Marvel’s Guardians of the Galaxy Vol. 2 hits theaters?” says Marvel Editor-in-Chief Axel Alonso.  “Fans looking for a clean entry into the comic book need look no further.  Plus, the creative team behind CIVIL WAR II are giving fans a sneak peek at the criminal mastermind that’s awaiting Daredevil, Jessica Jones, Luke Cage and Iron Fist when they explode out of the gate in THE DEFENDERS #1.”

No fan can afford to miss out on ALL-NEW GUARDIANS OF THE GALAXY FCBD #1 – available May 6th at participating comic shops everywhere! Plus, look for more information on Marvel’s Gold FCBD title to be revealed in the coming weeks! 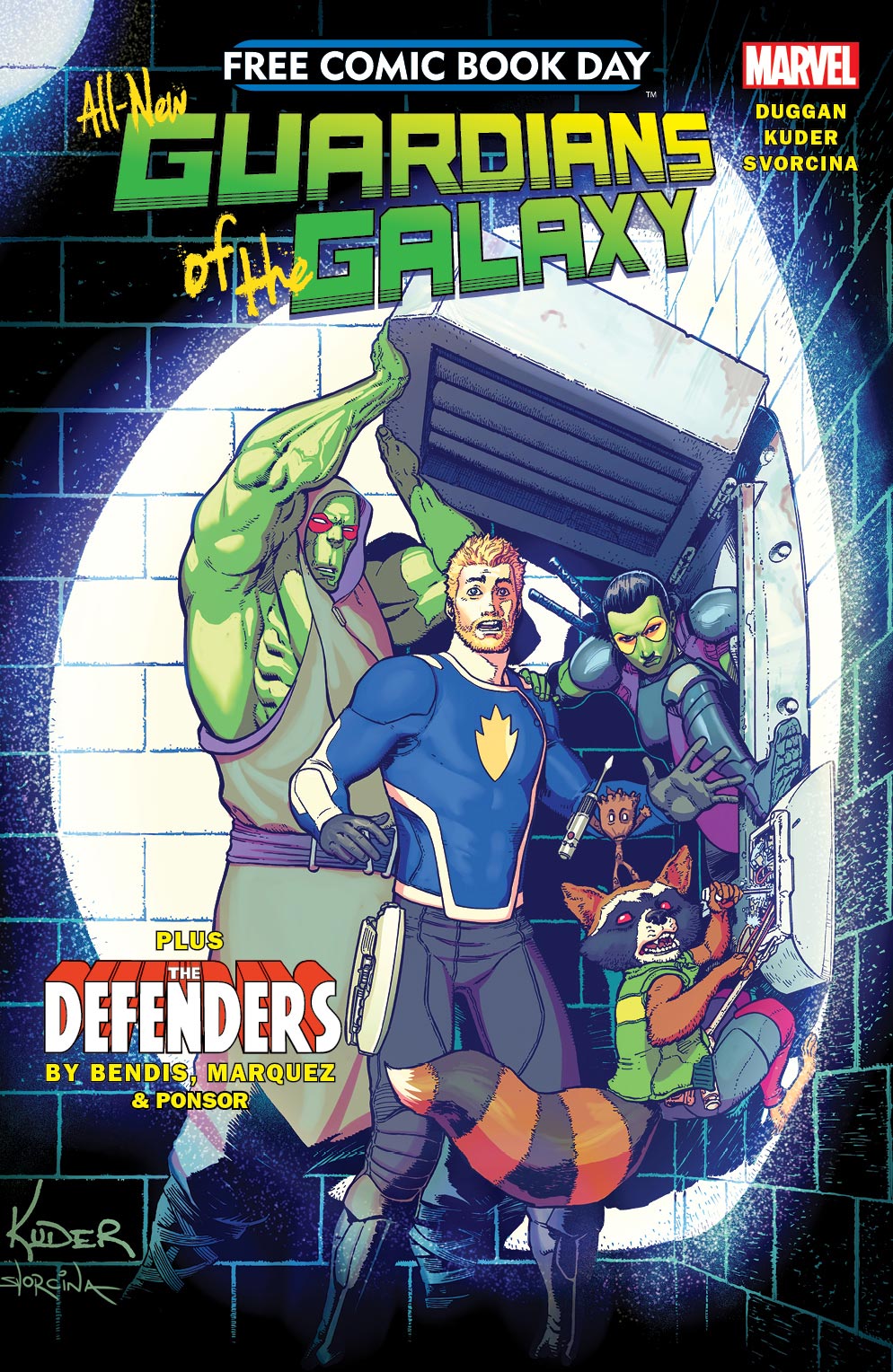