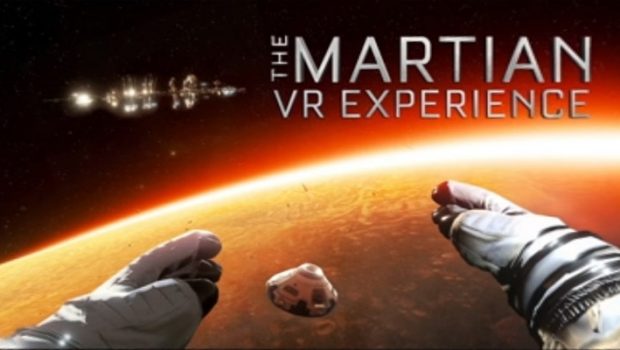 Executive produced by Ridley Scott and directed by Robert Stromberg,  The Martian VR Experience is an interactive, immersive adventure with viewers participating from astronaut Mark Watney’s perspective, performing tasks that will facilitate his chances for survival. Users can fly onto the surface of Mars, steer at zero gravity through space, drive a rover and experience other key scenes from the hit film in a 360-degree virtual reality environment.

“I’ve always tried to approach filmmaking from the standpoint of creating an immersive experience. Now with the tools that are available to us in virtual reality, we can raise the bar even higher. The audience can experience storytelling in ways we previously could only imagine,” said Ridley Scott, Executive Producer of The Martian VR Experience and co-founder of RSA Films. “Mars has never been closer to being within our grasp and I’m so thrilled that we can invite people into The Martian VR Experience.”

“Virtual reality is transforming what we think of as movie entertainment – people can be the viewer behind the screen, and now they can participate in the story,” said Robert Stromberg, Director of The Martian VR Experience, co-founder and Chief Creative Officer of The Virtual Reality Company. “With The Martian VR Experience, we were able to take Ridley’s cinematic vision and create an immersive VR experience that gives people the ability to be Mark Watney, to face his struggles, experience his successes, as if they were part of the film.”

“The Fox Innovation Lab is at the forefront of exploring virtual reality as a new storytelling medium,” said Mike Dunn, President, Twentieth Century Fox Home Entertainment and Fox Innovation Lab. “The Martian VR Experience is a testament to the opportunity for filmmakers to connect with audiences in new and deeper ways.”

The mission of the Fox Innovation Lab is to drive the development of innovative technology and new consumer experiences across all formats and distribution models. The pioneering R&D center works closely with production, marketing and distribution across all divisions.

The Martian VR Experience debuted at the 2016 Consumer Electronics Show (CES), was accepted into the prestigious New Frontier Program at Sundance and is the recipient of the Cannes Silver Lion in Digital Craft as well as the Association of Independent Commercial Producers (AICP) Next VR Award.

The Martian VR Experience is available for PS VR and HTC Vive for $29.95.