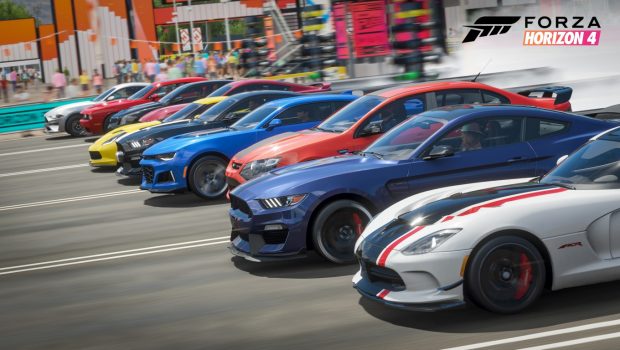 It has been one week since we launched Forza Horizon 4 and we are humbled by the overwhelmingly positive feedback we continue to receive from players around the world. We are proud to say that in this first week alone, there are currently two million players driving around Forza Horizon 4’s Britain. On behalf of everyone at Playground Games, thank you for supporting Forza Horizon 4 and making the game such a success!

With such incredible global engagement with Forza Horizon 4, the game is now the highest-rated Xbox exclusive of this generation* and Forza continues to be the best-selling racing franchise of this console generation**.

We also want to share some fun stats with you from the community:

To say this is an exciting time for everyone would be an understatement and as Ralph shared on Inside Xbox during Goodwood, there’s a lot more to look forward to in the next few weeks including our biggest fan requested feature – Route Creator, coming on Oct. 25.

Forza Horizon 4 is now available with Xbox Game Pass and globally on Xbox One and Windows 10. Xbox Game Pass members can start playing Forza Horizon 4 Standard Edition on Xbox One and Windows 10, as part of their monthly membership. The membership includes over 100 more great games, including highly anticipated new Xbox exclusives the day they’re released, all for one low monthly price.

Be sure to follow @WeArePlayground and @ForzaMotorsport for regular updates, and @XboxGamePass on Twitter and Instagram for upcoming news and more games being added all the time.