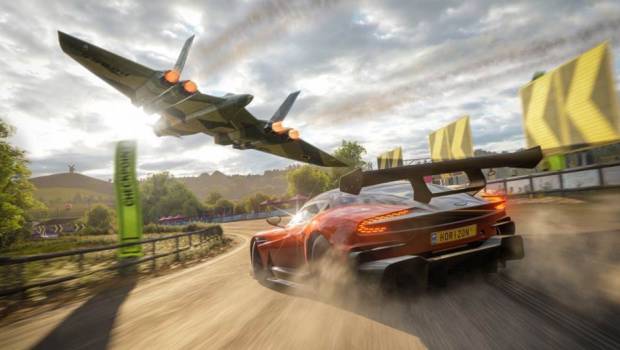 Forza fans, we’re one huge step closer to the launch of Forza Horizon 4. Today, we’re announcing that the game has officially gone gold and is off for pressings of retail discs and final setup for digital release. As Playground Games readies the game for launch – early access begins on September 28 for Ultimate Edition owners, and global launch beginning on October 2 – we’re celebrating the best way we know how: with brand new information on the game and the release of the Forza Horizon 4 demo worldwide! We start with the details of the Forza Horizon 4 Day One Car Pack, featuring one of the most legendary universes in cinematic history.

The Best of Bond Car Pack features 10 cars from the James Bond films, including Goldfinger (1964) and The Man With the Golden Gun (1974), Skyfall (2012), Spectre (2015), and more. The car list features modern classics like the BMW Z8 from The World Is Not Enough as well as a bevy of classic Aston Martin models, including the most-featured car in Bond film history – the Aston Martin DB5.

Here’s the full line-up of James Bond Edition cars inspired by the films in the Best of Bond Car Pack:

Several of the cars in the pack will feature film-inspired gadgets that players will be able to view while in Forzavista mode. For example, the 1964 Aston Martin DB5 will feature numerous gadgets such as revolving number plate and extendable bumper rams. In addition, the Lotus Esprit S1 will feature a special body kit option inspired by the “Wet Nellie” submarine vehicle from The Spy Who Loved Me (1977).

In addition to the cars, players who own the James Bond Car Pack in Forza Horizon 4 will also receive some in-game Bond goodies, including two Bond outfits as well as six exclusive “Quick Chat” phrases for use in multiplayer.

Forza Horizon 4 Demo – Available Today!
If you can’t wait until the launch of Forza Horizon 4, we’ve got just the thing: the official Forza Horizon 4 demo, which launches worldwide today for Xbox One and Windows 10 PC. Take a tour of beautiful, historic Britain in the demo, which will give fans a healthy heaping of open-world gameplay to enjoy. Seasons change everything in Forza Horizon 4 and demo players will experience each of the four unique seasons in the demo. From the ice and snow of winter time to the blazing summer heat, each season has its own charms and challenges.

With Forza Horizon 4 launching with more than 450 cars, it’s no surprise that the demo will feature a heavy-hitting line-up of vehicles just begging to be driven, drifted, pushed and punished around the roads and trails of Britain.

It’s almost time to live the Horizon Life. Get the Forza Horizon 4 demo on Xbox One and Windows 10 PC today for your first taste of the automotive glory to come when the full version of the game launches beginning on September 28.

Once you have earned Influence for viewing a Forza Horizon 4 Mixer stream, you can claim it in the game using the same Xbox Gamertag you used to watch or stream on Mixer. (Note that players must unlock the “Mixer” thread in the Horizon Life campaign to take advantage of Mixer-earned Influence.) Players who stream Forza Horizon 4 on Mixer will earn Influence every two minutes, with a bonus applied for larger audiences.

Remember, you can start earning Influence today by watching the Forza Horizon 4 demo and that earned Influence will unlock when they play the full version of Forza Horizon 4. For more information on how to earn influence through Mixer, check out the blog post here.

Forza Horizon 4 Demo Sweepstakes
Alongside the launch of the Forza Horizon 4 demo today, we’re also happy to announce the start of the Forza Horizon 4 Demo Sweepstakes for both US and Canadian residents. Two lucky Grand Prize winners and their plus ones will receive the Ultimate McLaren Driving Experience, which includes an all-expenses paid trip and participation in Pure McLaren. During the Experience, winners will get to feel the excitement of driving a McLaren on a race circuit after learning from professionally trained drivers. The winners will also receive an Xbox One X, a copy of Forza Horizon 4, and an Elite Controller.