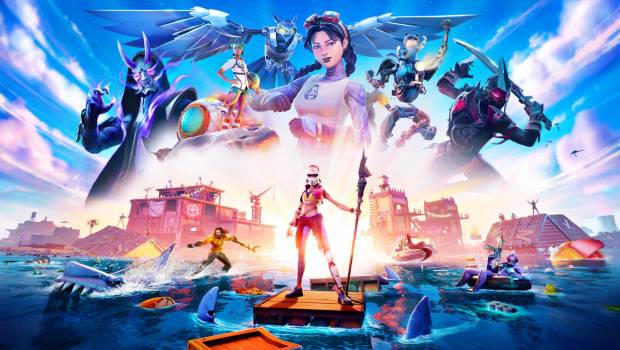 Summary: Epic continue to provide fans with the most robust and inventive take on the BR genre, offering a staggering amount of bang for your buck if you decide to drop your dosh on the battle pass.

Time to Get Moist!

Epic’s gaming juggernaut Fortnite continues to crush the competition when it comes to similar Battle Pass and reward systems.

With the launch of Season 3 Chapter 2, Epic have replaced the fan favourite superhero skin of Deadpool with another, more aquatically themed hero; Arthur Curry, AKA Aquaman, has dived into the series after the massive world changing event that kicked off the season, initially flooding the map and replacing the storm with a giant tsunami.

Although the tsunami is now gone, many of the cosmetic and environmental changes to the map have persisted, offering up fans yet more new topography to explore as many familiar areas have remained submerged. 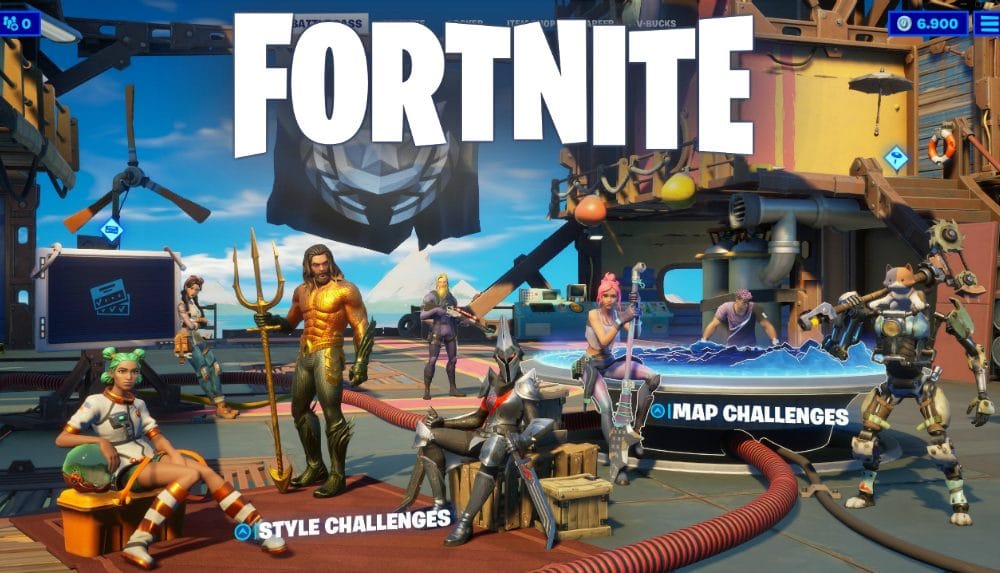 There are a variety of new vehicles for players to scoot about the map with, including the goofy Loot Shark, and returning players will find that the hub of the spy centre has now been replaced by the Fortilla, in keeping with the updated waterlogged theme of this latest season.

For the more creative players, for the first time the game allows customisation of gliders, which is sure to result in a deluge of unique and possibly offensive designs. 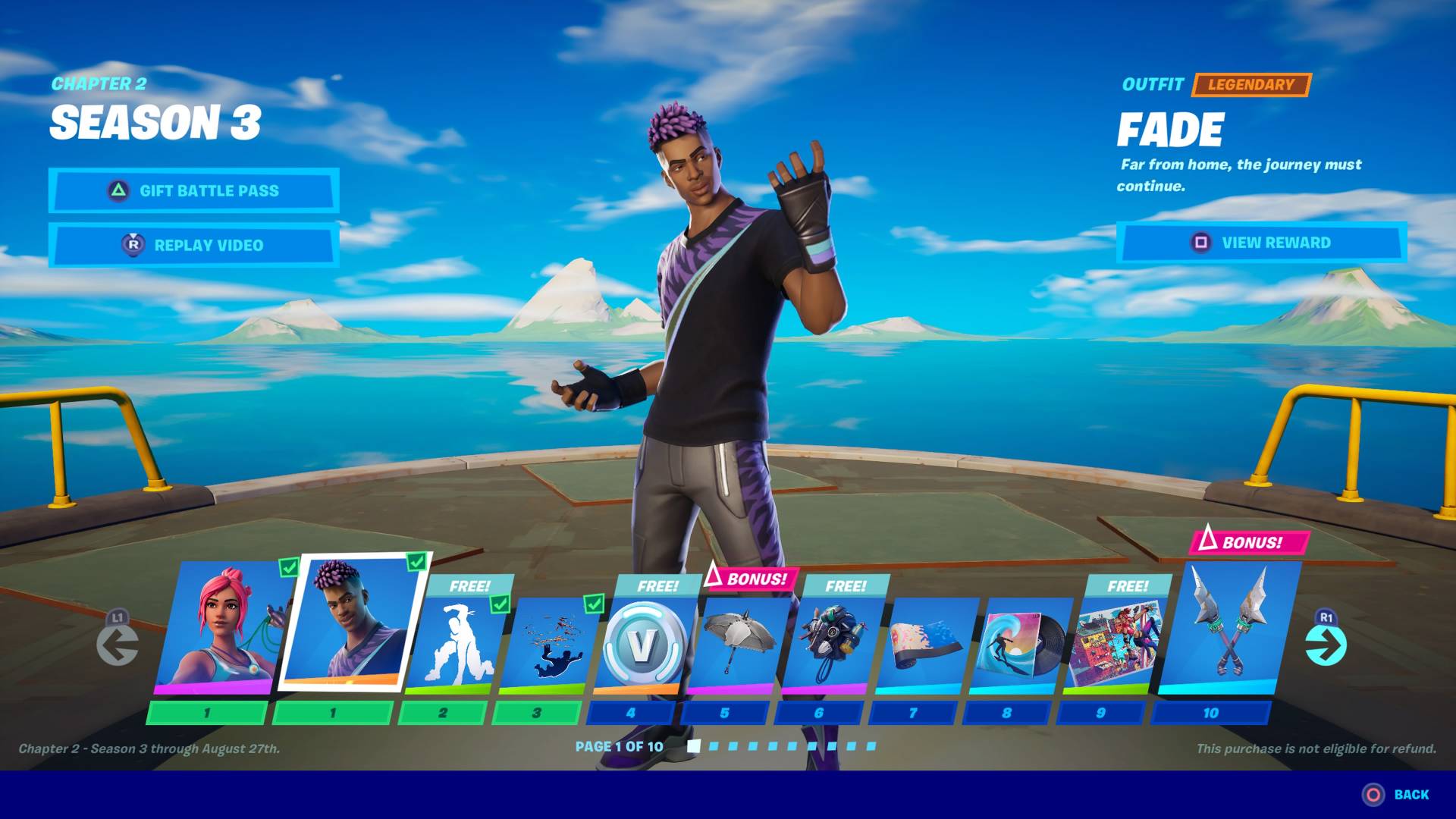 The Battle Pass offers up immediate access to two new skins with customisable options, Fade and Ocean. If players manage to grind out the requisite levels they’ll also be awarded with the Eternal Knight, a decidedly Dark Souls-esque looking skin that will be sure to tickle the fancies of any player with an affinity for that Medieval aesthetic.

There are also the bevy of prerequisite gliders, alternate skins, pickaxes and other cosmetic items and Vbucks tiers to work through, with the rate of unlocking seeming noticeably more forgiving than the arduous grind found in other competing Battle Royale titles, most predominately Modern Warfare: Warzone.

Over the past week or two, new AI characters called Marauders have been added to the map, as well as multiple challenges for Aquaman and other rewards, with Marvel superhero Captain America joining the fray with the latest update, albeit as a separately available purchase. 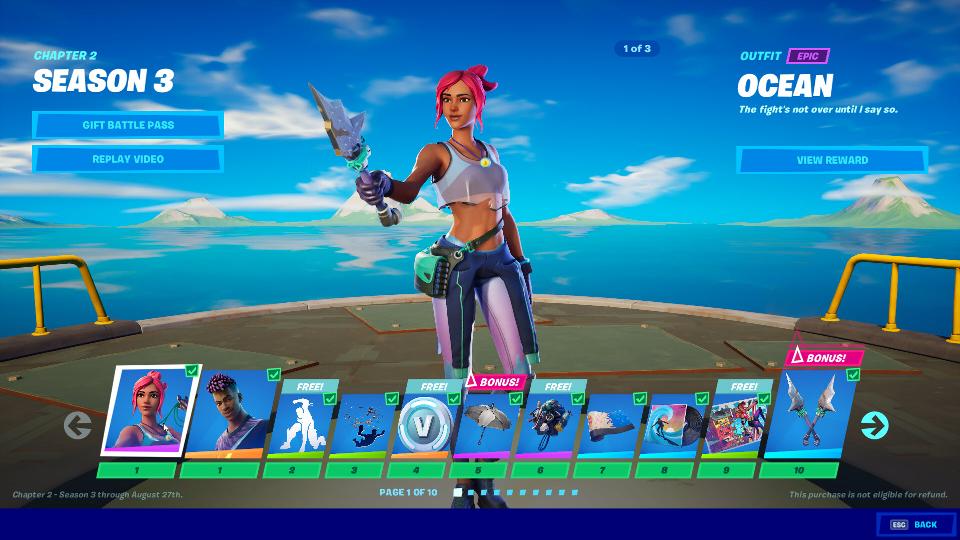 Epic continue to provide fans with the most robust and inventive take on the BR genre, offering a staggering amount of bang for your buck if you decide to drop your dosh on the battle pass and, even if you don’t, the big changes to the maps and other areas of the game all serve to keep things fresh and keep the community engaged and invested, something that it appears that many of its competitors are failing to do.

The Fortnite Season 3, Chapter 2 Battle Pass is available to purchase for 1000 Vbucks or $14.95 AUD from your relevant system’s online storefront.