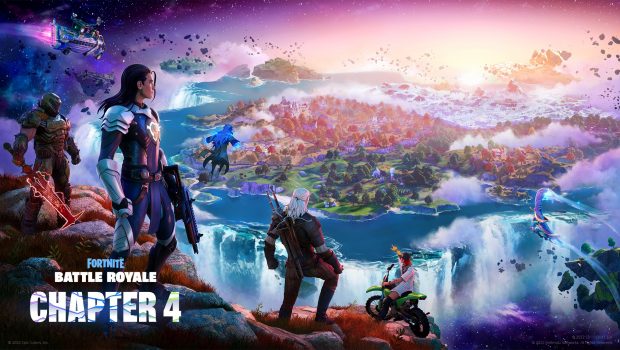 Fortnite Chapter 4 is live and is now on Unreal Engine 5.1! The new Chapter also brings forth a completely new Island to explore, different ways to get around, and freshly-forged weapons as well as a brand new Battle Pass featuring Geralt of Rivia and Doom Slayer. Chapter 4’s arrival comes just after the Chapter 3 Finale, Fracture.

Fortnite is available on PlayStation and Xbox consoles, PC, Xbox Cloud Gaming, and NVIDIA GeForce NOW—jump into Fortnite and check out Chapter 4 today!