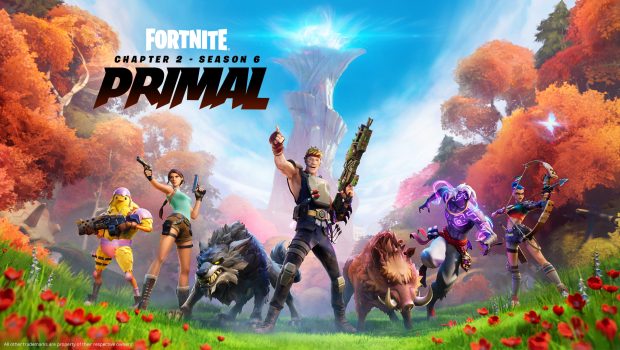 Fortnite today announced the launch of Chapter 2 Season 6: Primal, which starts with the explosive conclusion to the events of last season in the Zero Crisis Finale. Players can download Fortnite Chapter 2 Season 6 for free now to experience the event first hand.

The Zero Crisis Finale is a brand new solo experience which all players will play through when they first log in to Fortnite during the Season, and the cinematic can be watched on YouTube here. The Finale is the conclusion of Agent Jones’ mission from Season 5, which saw him recruit the best hunters from multiple realities to prevent anyone from escaping the Loop.

Players will find reality has collapsed in the process of containing the Zero Point, resulting in a Primal biome where modern ways of life are no more. Players can explore new points of interest on the Island, including the towering Spire, and a new stucco village that surrounds it, Boney Burbs and Colossal Crops located beyond the village.

Players can enjoy new gameplay features such as the introduction of wild animals including frogs, chickens, wolves and wild boars. A crafting system will allow players to craft makeshift weapons using interactive items in games.

A new Battle Pass is available for players in Season 6, with new unlockable Pickaxes, Back Blings and more for players to unlock as they play. This Season’s Battle Pass features Outfits based on characters unafraid of the primal, including:

For more information about Fortnite Chapter 2 Season 6, visit the official website (page may take a few minutes to load). If you would like to explore the new Battle Pass, please let us know as we have a limited quantity of V-Bucks available. We’re also running a deep dive into the new season at 11am AEDT, Wednesday 17 March 2021. Please let us know if you’d like to attend the session.