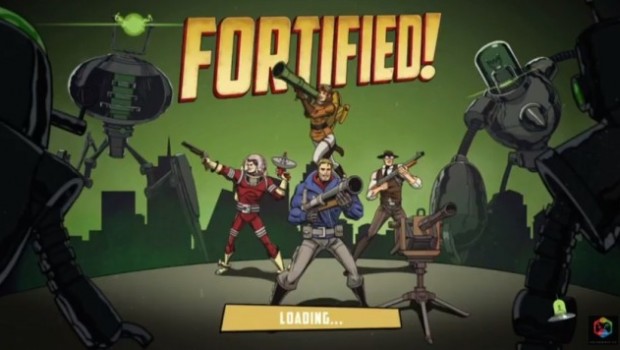 Some years ago now a new genre of gaming showed up on mobile phones, that genre was named Tower Defense and has since spread to computers and consoles. The core concept of having a location to protect against ever increasing odds was a sufficient draw to spawn many variations, wizards, orcs, army personnel etc all made their ways down bendy paths to try and get past whatever defenses had been placed in their way.

Developer Clapfoot take a new twist on this genre by putting the player in the third person and on the ground with the defenses. So rather than the tried and true set your defensive structures, begin the next wave and sit back… you now are thrust into the action and feel that you have much more at stake in the battle ahead. In addition to being on the ground with your troops you can also play multiplayer and have other human players fight along side you to defend your rocket which adds a great team aspect to the game. 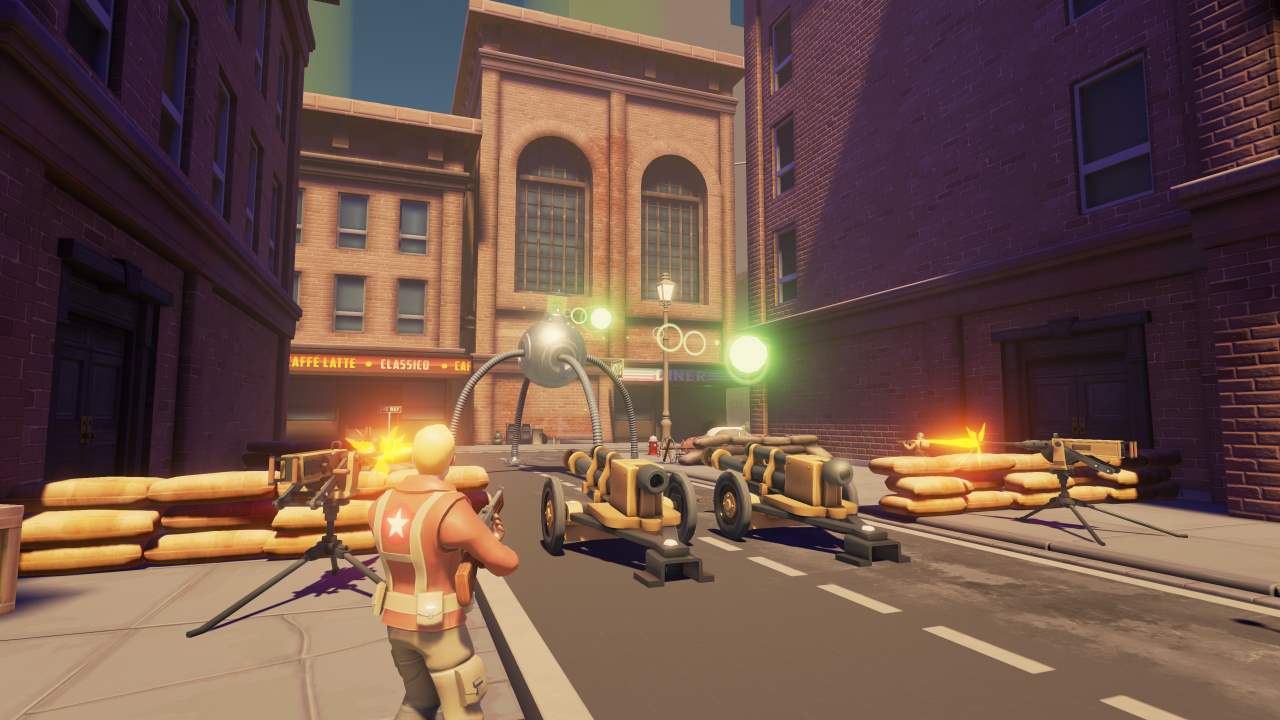 The story is quite fun (and appropriately simple)… essentially if you’ve ever seen some of the pulp comics of the 1950’s you have a good idea of what you are in for. Earth is being invaded by Martians and the only line of defense are four heroes (who you can select to play and level up as you go). 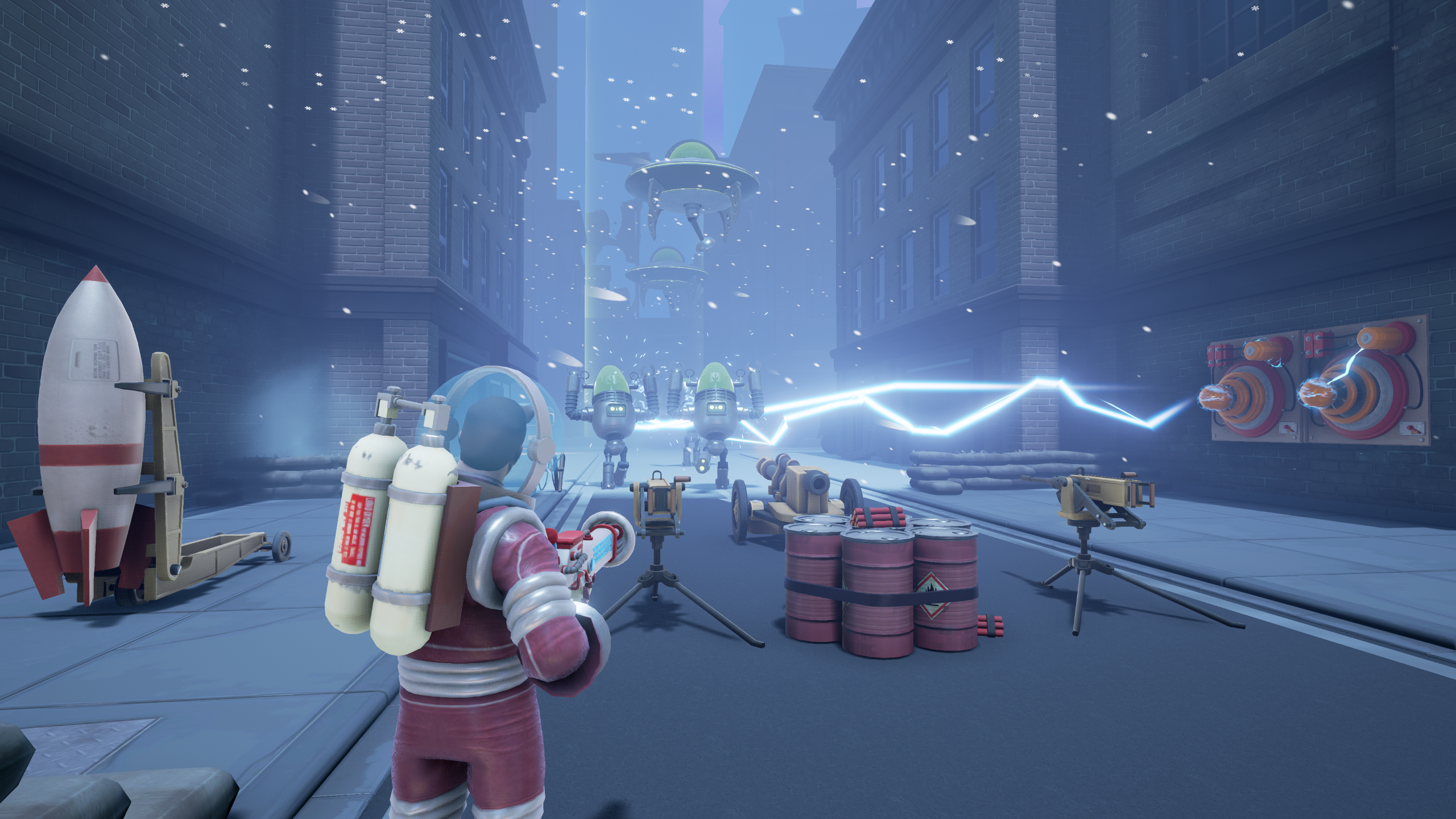 As with other tower defense style games the structures/units you place to defend your location (in this case a rocket) improve over time, you begin with a basic load out and each mission you complete gives you points that you can use towards upgrades. Machine gun troops gain platoon bonuses, weapons gain experimental technology upgrades and so on.

The Martian attack waves also continually ramp up… from the initial small waddling Martians to larger bipedal robots and flying orbs and UFO’s and beyond. Originally you face one point of attack but new stages bring new invader insertion points and placement of your troops becomes paramount.

Visually the game is quite striking, keeping to the pulp comics style the characters are all over the top stylized figures and the colour pallet is very vibrant in just the right places.

The overall game play is just what you would expect though and as much as it does feature “genre-bending gameplay”, the core mechanic is just the same as the old original tower defense games. Place your defensive structures (mechanical or human) and see how well they fend of the the attackers. Next level brings new defensive options for you and new attackers to defend against, rinse and repeat. Having said that, if tower defense games are your cup of tea then this is a great addition as the ability to be on the ground with your troops really does add a sense of personal involvement that is lacking in all the more traditional top down place and sit back style games. The multiplayer element also enable you to combine your efforts with friends to really shut down those lanes of attack for the Martians and make them wish they’d never tried to conquer Earth. 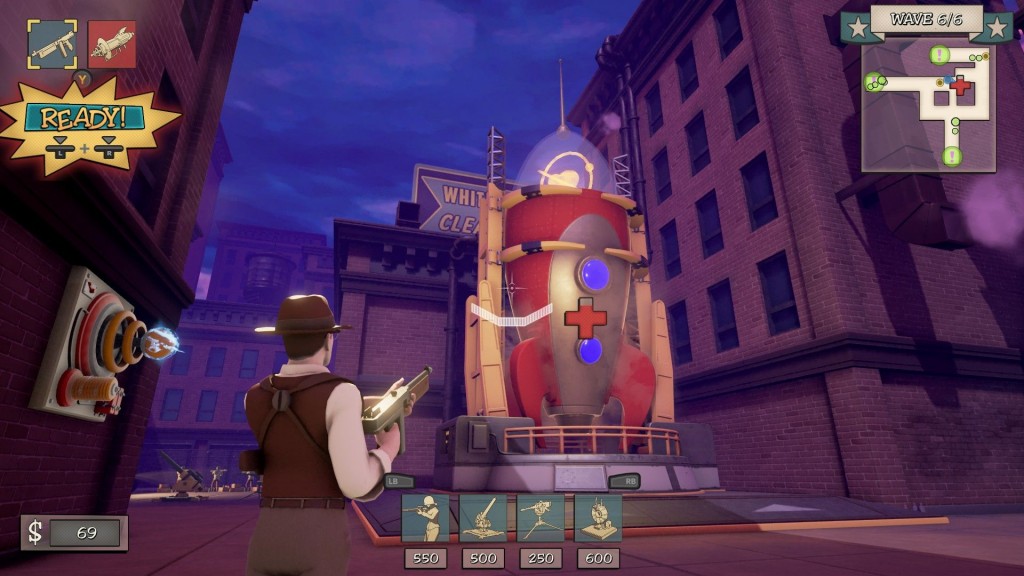 If Tower Defense isn’t your style though, then give this a miss… the different genre elements do make it more interesting and entertaining, but there isn’t really enough there to make it a lasting experience… play through is extended a little by having the four different characters but the experience is not sufficiently different with each one to really make it much of a draw to play again just to see a few different weapons or short cut scenes.