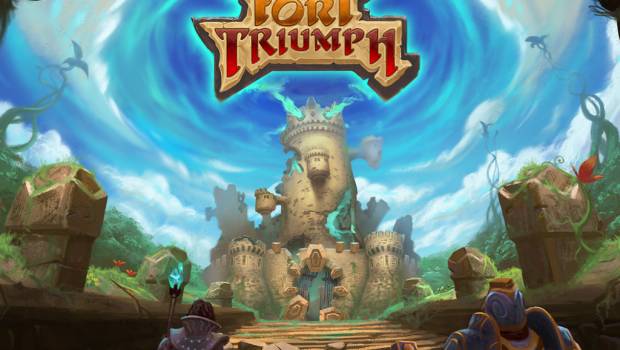 Summary: A comical group of RPG characters band together to find quests to earn money. But are they about to bite off more than they can chew?

When explaining what a game is like, comparisons are the easiest way to get you in the ball park of what the experience will be like for someone picking it up for the first time. Often times those comparisons are close approximations but with a bit of a variance from the game they are describing. For Fort Triumph the store page pretty much hits the nail as square on the head as you can get by saying it’s “A strategy game combining the turn-based combat of XCOM with the world exploration of HOMM”. I actually hadn’t even remembered that second part when I first fired it up… the idea of a sword and sorcery version of the XCOM gameplay was enough to draw me in… it wasn’t until I’d been on the map for a little while that I thought to myself “this is just like Heroes of Might and Magic”… then sure enough I re-read the description and realised that’s exactly what they had said. 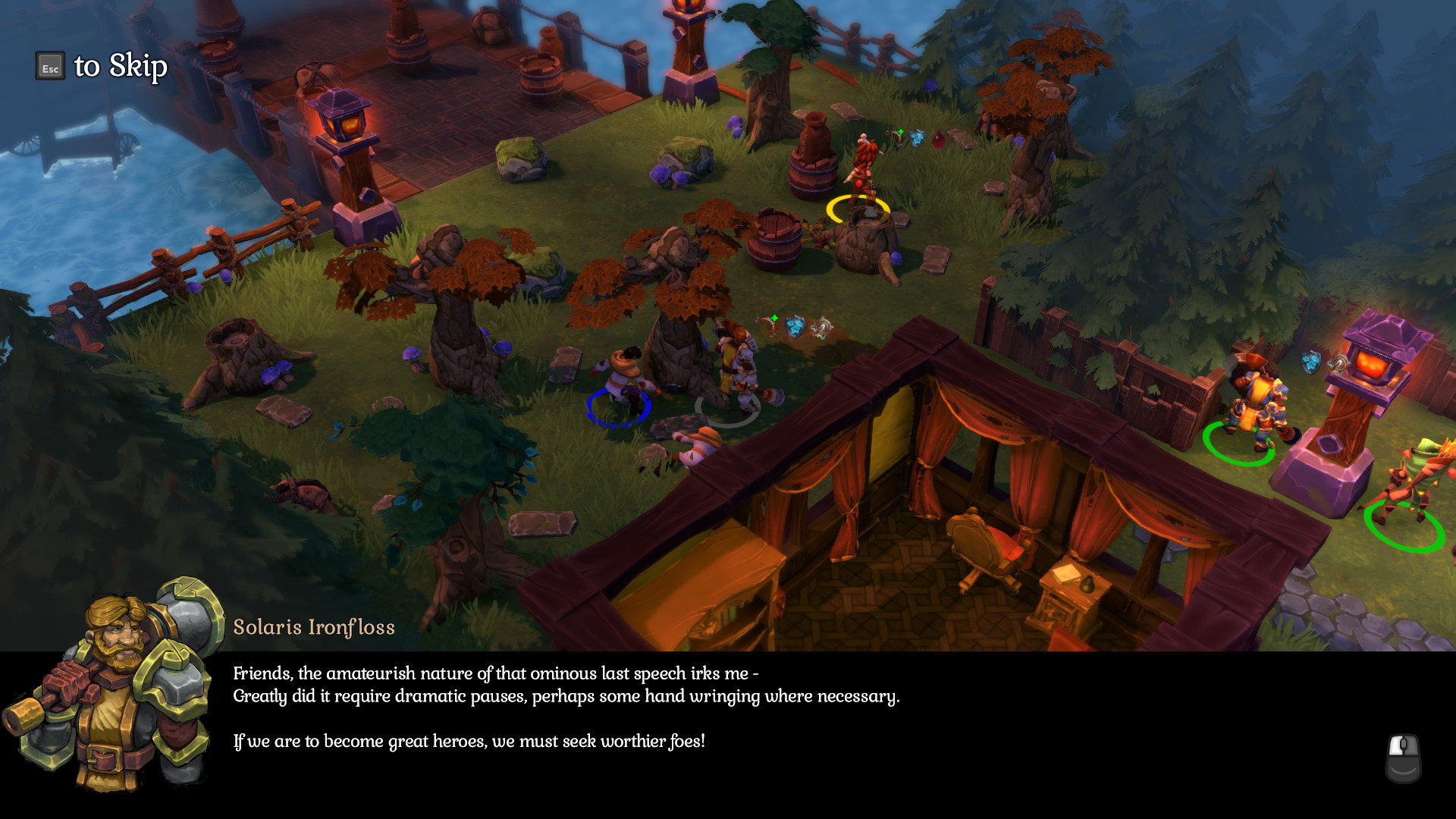 So with that out of the way, you really should have a pretty good idea of what’s in store when you jump into Fort Triumph. Well that and if you throw in a bit of late 80’s early 90’s comedy movies wit and you will have a pretty well painted picture of the game.

You begin in a tavern… as all good adventures must (ok they don’t have to… but it’s as good a starting place as any). A group of varied RPG character types sit around discussing their job prospects and decide to band together and work as a team, not long after they have their first quest. That quest is the start of the roller coaster that will take you above and below ground, battling goblins, the undead and villagers and the like trying to get to the bottom of a story that seems to keep getting more and more layered as you go. 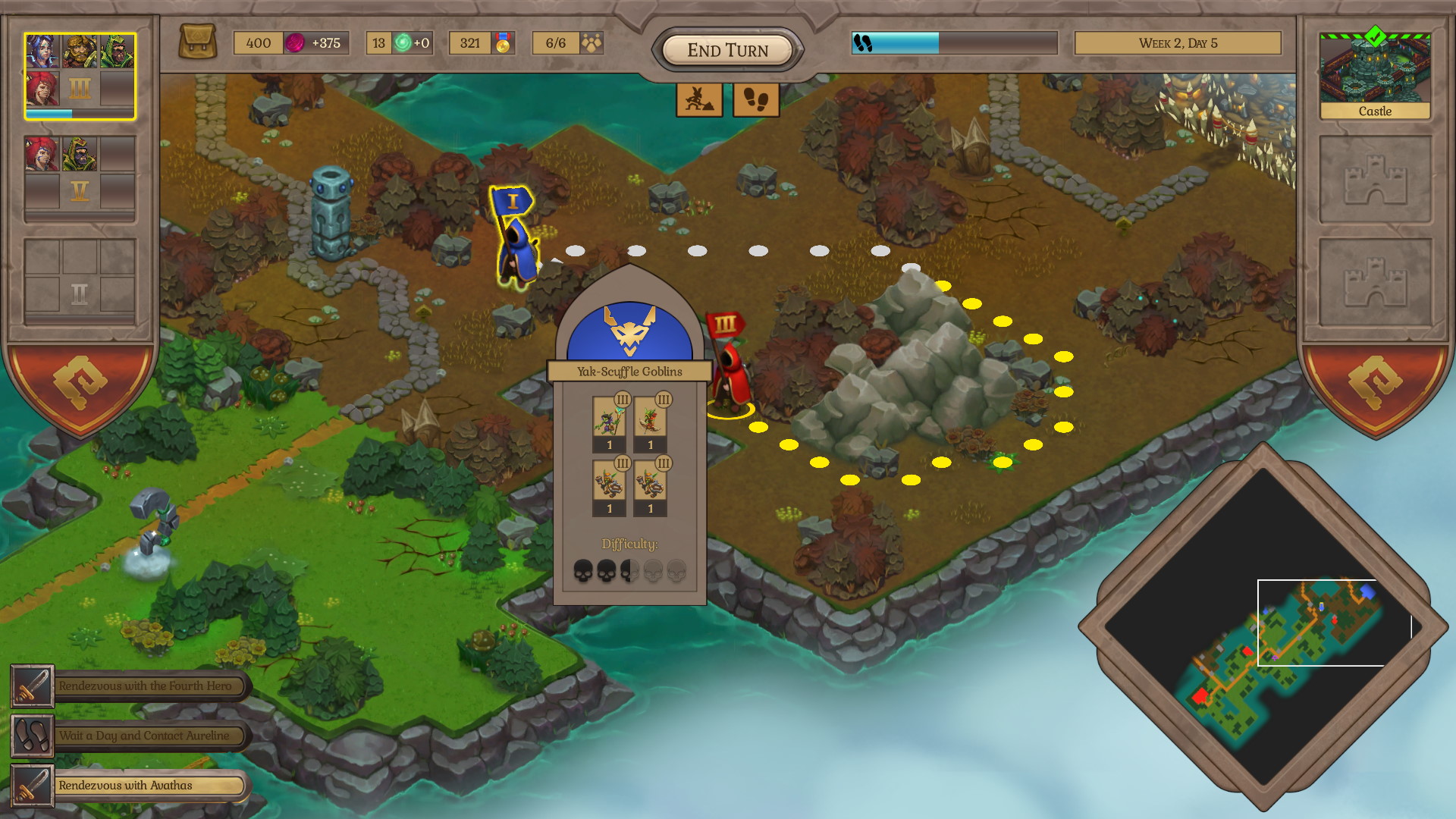 The best value I found in the game is that it’s not particularly violent… I mean sure you kill your enemies but it’s all cartoony violence. What that meant is that I didn’t feel bad playing it while my children were schooling from home during our current isolate in place situation. As a result I burned through about 25 hours of gameplay and came out the end having won my characters the victory they sought. But there are other options and artifacts to find and multiplayer options to keep the game fresh. 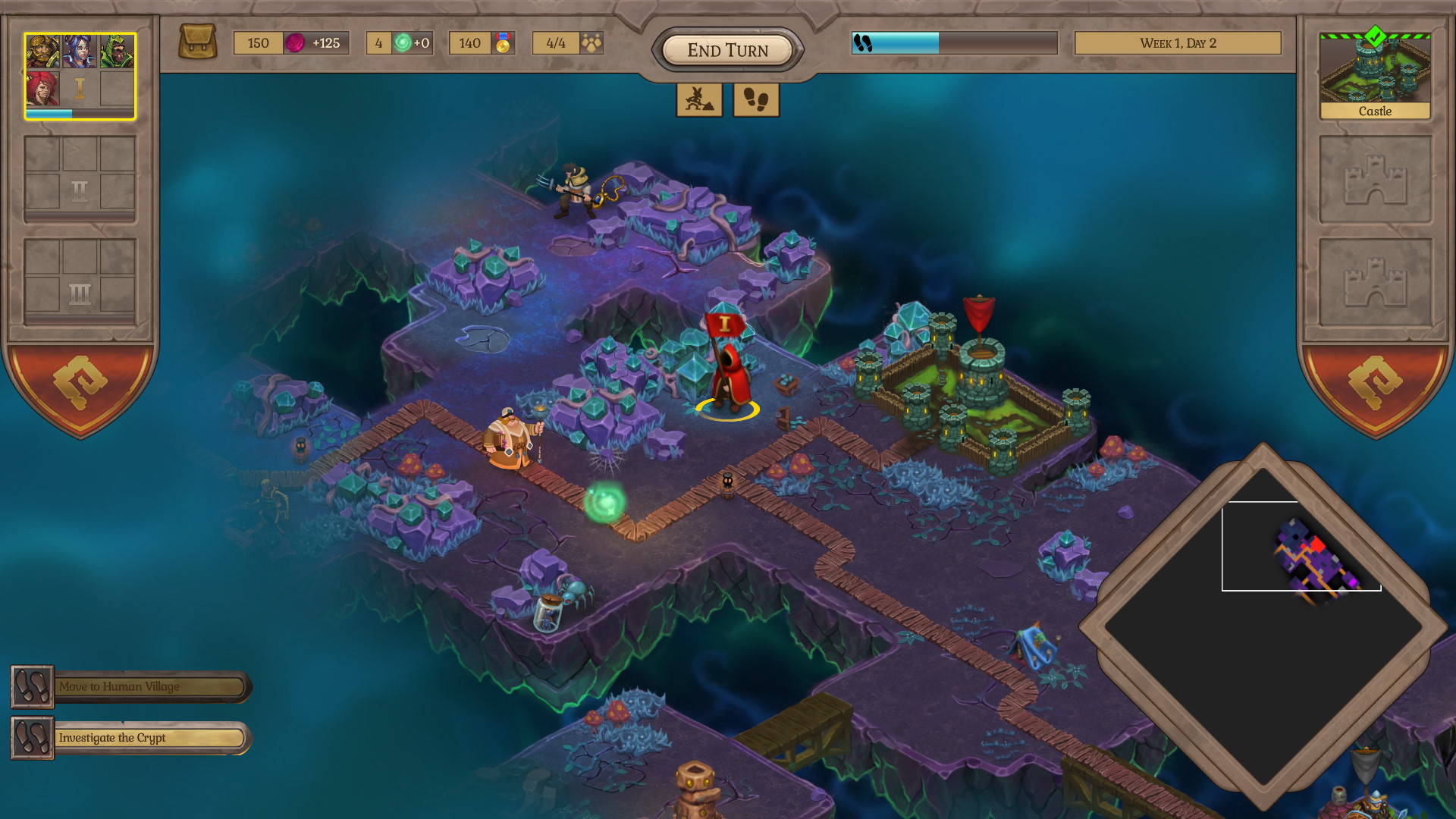 The only thing I actually found frustrating was that the game features “physics” mechanics quite heavily and that’s awesome, it opens up some new attack techniques and ways to tackle situations that just aren’t present in other games. My issue was that I could be standing on the other side of a huge wall, something I would expect would provide me perfect cover and obscure my location, but not only could the enemy target me, they could hit me quite successfully most of the time. That was frustrating… but then I learnt how to use my team and their variety of skills better and it became somewhat a non issue (though still a bit annoying). 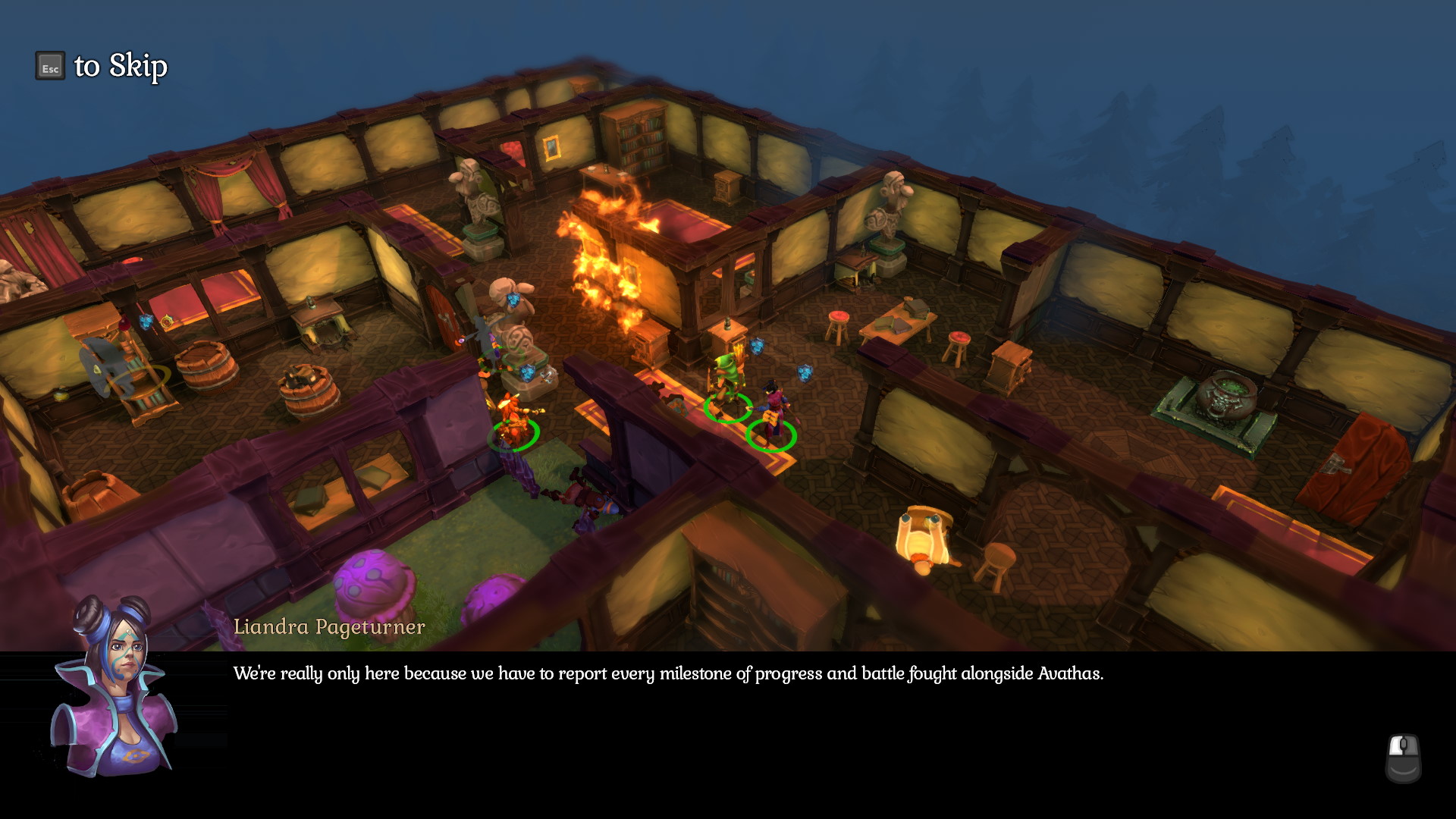 I would happily recommend the game though, it really is a great mix of XCOM and HOMM and with that touch of humour thrown in it makes for quite the fun play experience. You can either play it as a pick up and go game or thrown in some serious hours just advancing through the game. It’s a decent price point too, not too high for something that has a decent amount of play time available.