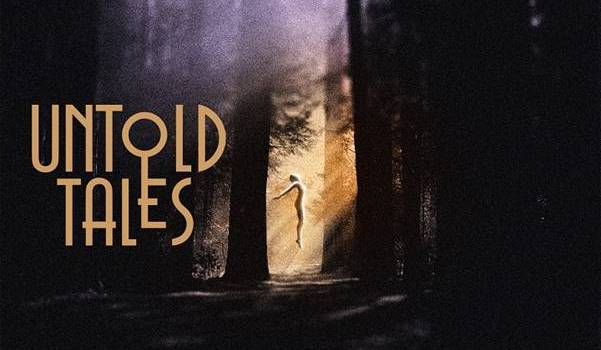 “We simply want to cut the crap for both devs and players.”

Give Us a Story Worth Sharing

The overall focus of the Untold Tales’ portfolio will be primarily single player games that have the ability to tell an intriguing story, be it in the game itself or through gameplay. Untold Tales has also set itself up to focus on only releasing a select handful of games a year that match this criteria and only for platforms that fit each title.

“Being selective and only focusing on 1 or 2 games at time ensures our devs are taken care of both during and after production and not feel like they’re just another name among 10 others we’re juggling. We also want them to feel they’re allowed to focus on putting their game out where they are wanted. Times have changed significantly in how best to put a game out and that also means some platforms are better than others for certain games. It just doesn’t make sense to force devs to be everywhere to try to maximise exposure.” – Maciej Łączny, CEO

Lets Cool it with the Business BS

Much of the focus for Untold Tales will be to be a publisher who wants to “cut the crap” for both devs and players alike. From skewed publishing agreements, convoluted demands right through to vague communication and messaging to players – those are all out. Rather an approach that is fair and custom to each game will be in place while overall being data and community focused to ensure time, effort and resources are spent on doing things that actually benefit both the developer and the players.

“Devs need to understand we don’t want the rights to your IP. We don’t want revenue shares where you end up screwed. And we’ll never expect you to release something that isn’t ready and just wrecks your studio’s reputation. Rather we’re going to have very open and transparent agreements, where a lot of our decisions will be based on data and community feedback and not some spray and pray mentality. As for players, except honest conversations, clear responses and no ludicrous 3 tiered pre-order campaigns with paid DLC waiting in the wings for a month later. We’ll ensure our games are supported post release as best as possible, be it with free updates or with bigger content if the dev team is onboard. It’s going to be a very clear ‘What you bought is what was the full game’ approach here from the start.” – Grzegorz Drabik, VP, Head of Business Development

The Hong Kong Massacre and Beautiful Desolation Join the Family

Untold Tales have already agreed to help bring The Hong Kong Massacre – the stylish slow-motion manipulation top down shooter by Swedish devs VRESKI – to the Nintendo Switch. This will follow with the atmospheric and twisted Beautiful Desolation – the isometric adventure game set in a post-apocalyptic Africa from renowned South African devs The Brotherhood – coming to PS4 and Nintendo Switch. A third unannounced PC and console title is currently in the works for a later reveal.

The People Behind Untold Tales

Former Techland producer and Head of Operations Maciej Łączny will be heading up a team made up of experienced specialists in production, QA, bizdev, marketing and PR.

“As of now there’s around 10 of us in total. We all left Techland at various points in our careers to join other teams and endeavours, but mainly it was to build up experience and knowhow outside the AAA echo chamber. We’ve now been part of multiple game launches, worked with devs from all over the world and ridden the waves of changes that keeps proving there needs to be more agile publishers who treat devs like partners and not manufacturers. We know there are already a handful of publishers out there who do good by their devs and players, but it feels like there are still so few of them. We’ve all seen the slew of publishing horror stories out there and a lot of devs have themselves been a part of these broken partnerships. We want to be one of the rare teams that show the gaming world you can do this all differently and approach both devs and players with total fairness and respect. Maciej, Grzegorz, and I have known each other for a really long time. We’ve been through many situations and seen so many fair and unfair publishing partnerships so we firmly believe that with our experience and approach we can show that it can all work differently, better.” – Pawel Skaba, VP, Head of Marketing