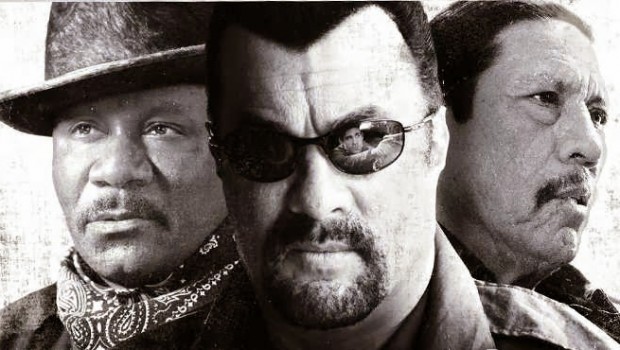 Action thriller FORCE OF EXECUTION will be released on DVD, Blu-ray and Digital copy on January 15, 2014.

Steven Seagal stars as mob kingpin Mr. Alexander, an old-school boss who rules his criminal empire with both nobility and brutality. For a simple prison hit, he sends his best enforcer and protégé Roman Hurst (Bren Foster). When the hit goes wrong, Hurst is forced to pay the price of his failure: banishment in the city that he almost once ruled. But a war is brewing for the soul of the city between Alexander, a cold-blooded gangster known as ‘The Iceman” (Ving Rhames) and a merciless Mexican cartel. Hurst, with the help of an ex-con restaurant owner (Danny Trejo) who has a few hidden moves of his own, will rediscover his own will to survive the coming conflict and to wreak vengeance on those who have wronged him.