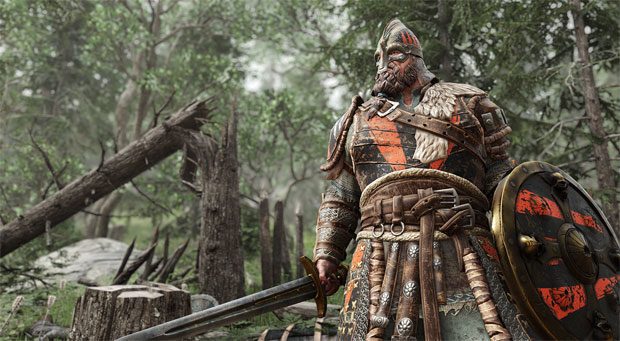 SYDNEY, Australia — May 4, 2018 — Today, Ubisoft announced that For Honor® Season Six, Hero’s March, will launch simultaneously on current-gen consoles and Windows PC on May 17. Launching as a free update, Hero’s March will bring a brand new map, major Hero reworks, a new Visual Collection feature, and more. Newcomers to For Honor interested in getting a taste of the game ahead of Season Six can take advantage of the Free Weekend featuring recently launched dedicated Australian servers, starting today May 4 until May 7 on all platforms. Players who want to continue their journey after the weekend can keep their progress and purchase the game for up to 67% off. For all details on the For Honor Free Weekend, please visit forhonorgame.com/freeweekend.

New Map: One new map, the Beachhead, will expand the battlefield. The Beachhead will be available to all players for free and playable in all multiplayer modes except Tribute. Once a grand fortress of solitude and respite, it remains a picturesque view from afar and is a desirable stronghold for any army hoping to sway the odds of battle in their favor.

Major Hero Reworks: In the wake of Season Five’s Hero updates and positive feedback from players, For Honor will continue to improve and harmonize the current roster as two Heroes – the Orochi and Peacekeeper – will receive major gameplay updates with Season Six. More Heroes will receive similar updates in the future as the development team continues to prioritize game balancing.

The Visual Collection: This new feature will allow players to track all visuals they have obtained and then apply them on any gear they have in a separate in-game menu. This will help reduce the need to hoard gear for the reason of simply keeping visuals in one’s inventory, and also directly address player feedback about the lack of inventory space.

“We’re happy to see players react positively to our recent For Honor updates, which included the launch of dedicated servers and extensive Hero balancing changes, as well as new onboarding features,” said Roman Campos-Oriola, creative director of For Honor. “In addition to improving the core experience, we are also working on new content, including all-new Heroes; tune in during E3 2018 to learn more!”  Following the introduction of the all-new training mode, the implementation of dedicated servers, and other updates, which have brought significant improvements to the player experience, the For Honor team has been dedicated to making the game more stable, accessible, and engaging for all players. To learn more about the development team’s vision for Season Six and beyond, please visit: http://forhonorgame.com/season6.

Developed by Ubisoft Montreal in collaboration with other Ubisoft studios,* For Honor offers an engaging campaign and thrilling multiplayer modes. Players embody warriors of the three Great Factions – the bold Knights, the brutal Vikings and the deadly Samurai – fighting to the death on intense and believable melee battlefields. The Art of Battle, the game’s innovative combat system that puts players in total control of their warriors, allows them to utilize the unique skills and combat style of each hero to vanquish all enemies who stand in their way. For more information about For Honor, please visit forhonorgame.com and follow us on Facebook at facebook.com/ForHonorGame and on Twitter at twitter.com/ForHonorGame. For the latest about For Honor and other Ubisoft games, please visit news.ubisoft.com.