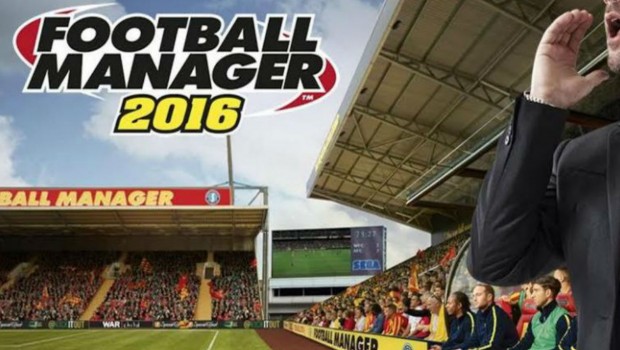 Football Manager 2016 is the first time I have felt like I have a grasp of (at least) most of the game systems. As I edge closer to 1000 hours invested across the four most recent entries, I’m glad to finally have shed that feeling that I’m more of an impersonator than a true (digital) football manager. And a large part of that is thanks to changes introduced in Football Manager 2016, which seems to explain itself a lot better, in turn allowing the less experienced to access some of the slightly more complex features. In short: it’s easier to be better.

The role and duty suitability bar that can be added to squad selection screens helped me progress beyond picking players based on basic positions. No longer am I dealing in strikers; now it is Trequartistas and Poachers and Target Men. The complexity has its rewards: tweaking these positions can bring out the best possible performances in my players; combining this with tactics creation means I can create complementary formations where every player is pivotal; and it’s easier to determine if a potential new signing will actually fulfil a backup role, or if they’re incompatible with the current team dynamic. But gaining a working understanding of how all these work together is essential, as the assistant manager won’t change roles or duties in your squad selection or tactics creator screens. They will, however, suggest changes in the regular staff meetings, if you can afford to wait for advice. 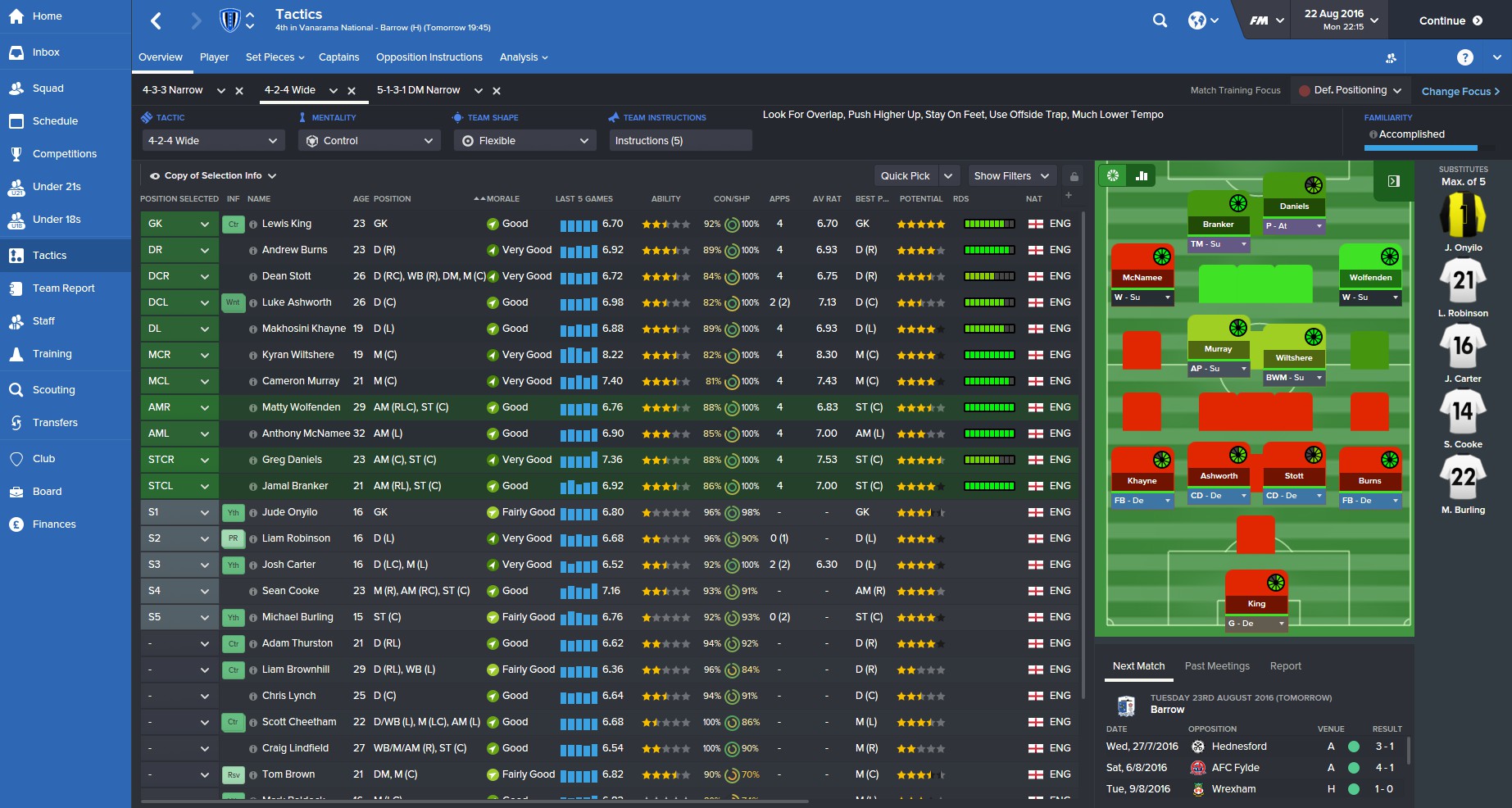 The process of hiring staff has also gained a simple but crucial new advantage: the important attributes of each staff member are highlighted. After a lot of hours in game (and trawling message boards online), a rough sketch of what staff members need what skills can be formed, but having those attributes highlighted (for each role, if the staff member can have multiple) makes hiring staff and designating their responsibilities significantly easier.

While not a new feature, the ability to serve as a coach (as well as manager) is one that I really enjoy. The idea that fictional little version of me heads down to the pitch however many times a week to run training for the team adds even more investment. I’m not just some weird, omniscient god-like being, dragging names around a spreadsheet; I’m an actual digital being who gets out there and gets hands-on with the team. Unfortunately, all of those training related bits are unseen—though I’m not sure you could cram much more content into this game without overwhelming people. But, in exchange, there’s now a character creator mode where you can design your own touchline character model. 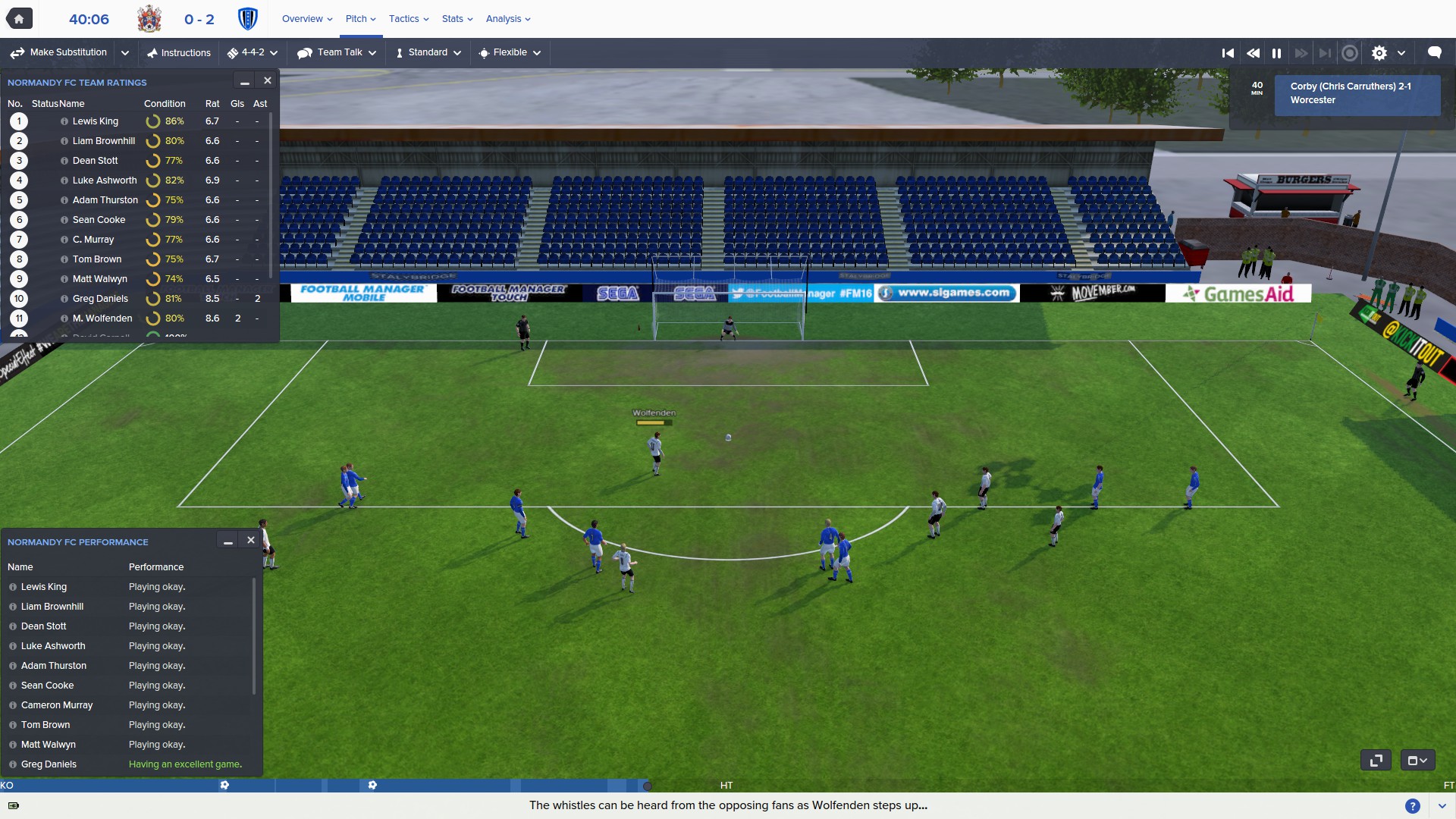 I’m not sold on this, to be honest. I never paid much attention to the benches in match, preferring to focus my attention on the actual play or the flurry of statistics cropping up on the screen. The attention to detail is nice though—except that the character creator is so limited that it’s almost pointless. Comparing it with the likes of Fallout 4’s face creation, which has too many options for me to get my head around, really emphasises how weirdly unnecessary this feature is—if the lack of detail is due to its lack of visibility, then why create it in the first place? Perhaps with more options, it will be something worth investing in. But the sheer impossibility of creating a face and body that looks similar to me does cut into my ability to feel part of the game.

Create-a-Club takes what dedicated and savvy fans have been doing for years in the editor, and allowing the rest of us plebs to create our own club, right down to the uniform. This is has been where I spent most of my time, guiding the Mass Effect-inspired Normandy FC (lovingly known as the Spectres) from the lowest tiers of English football all the way to the top of the European leagues. While you’re forced to supplant an existing team, keeping their financial position and facilities, you can create or draft a whole new roster of players (within the budget allowances), which can make for an extremely unique journey. 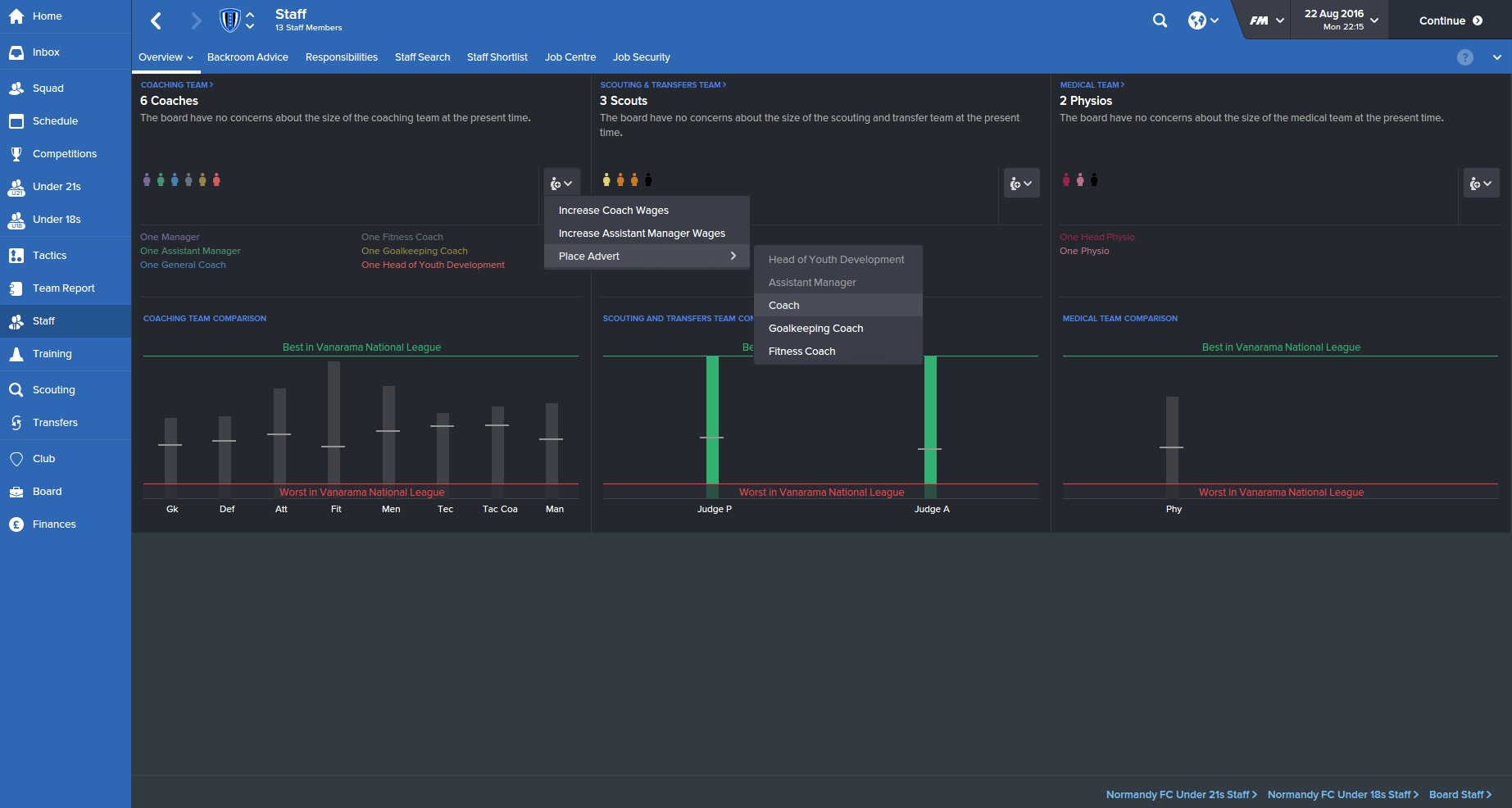 I would love to see Football Manager get on board with the diversity movement, especially given FIFA’s recent inclusion of female teams, and start to see the inclusion of international and domestic women’s leagues. Whether this is feasible from a licensing standpoint is unclear to me, but it would be nice to see a FemShep manage a women’s Normandy FC to glory alongside the men’s team. Maybe next year.

It’s hard to know what else to say. It’s Football Manager, but better this time. I can foresee countless hours invested, long nights spent poring over scout reports only to look up and see the sunrise. If you’re not interested in Football Manager already, then it’s probably not going to do anything for you. But if your curiosity has ever been piqued, then now would be the perfect time to dive in and dedicate hours of your life to securing digital glory.