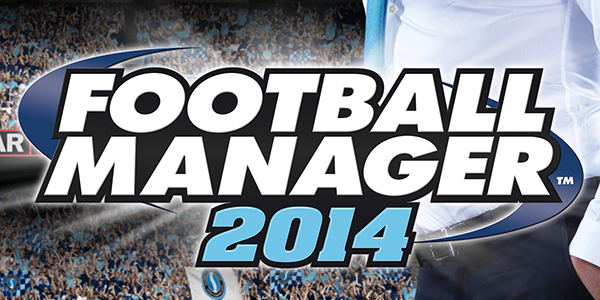 Summary: Football Manager is an engrossing experience, and all fans of football will find something here to love.

By now you have probably heard the myriad tales associated with Football Manager and its vice like grip over the people who have played it. The players that have been up until 4 in the morning every day for a week trying to make sure that one tactical tweak will make the difference on a rainy Saturday in Scunthorpe. The players that wear suits for cup finals, some going so far as to put a tie on their door handles and shaking their ‘hands’ before a big game, imbuing the poor door frame as an object of derision moments later when your defender loses the ball in his own area. Then in the most extreme cases, there are the divorces. So once again, many fans will be delighted and dismayed that another Football Manager is upon us to provide the deepest tactical experience on offer, and ruin a whole mess of social lives. 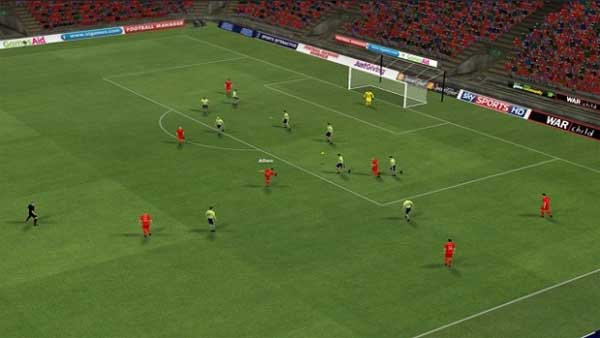 As most experienced Football Manager players would know, the yearly updates provide little in the way of dramatic changes, but lots of little under the hood changes that go a long way to keeping the game at the top of the heap. This year is no different, and many won’t find much changed from Football Manager 2013. That’s not to say there are no changes though. This year seems to have focussed on making the game more user friendly. This starts at the trusty inbox, which now has an even greater level of importance upon the game. Many tasks and instructions can be issued and completed directly through the inbox instead of nestled in sub menus. Advice from backroom staff and scouting instructions can all be actioned from the inbox. It is a neat way to streamline the experience and helps the experience run smoother.

The other big overhaul is to the tactics. Say goodbye to the thousands of sliders and say hello to another much more streamlined set of instructions, similar to the on the field instructions introduced a few years back. The most hard-core fans might find something to grumble about, as it seems like a slight loss of control. But the new system is intuitive and goes a long way to making you feel like you control a group of humans, as opposed to a group of eleven football robots. 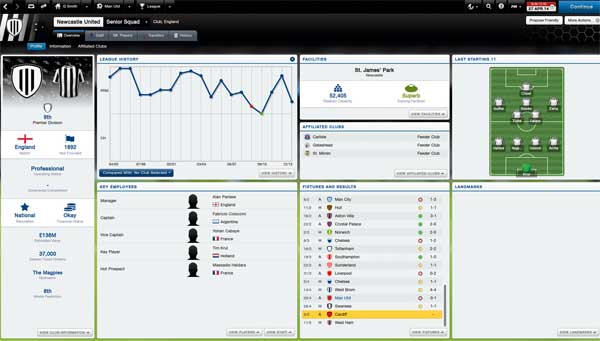 However once you get on the pitch, the match engine still is not perfect, and often does give the impression that you are controlling a team of robots. Players will spin around in circles for no reason, the ball will bounce of stationary players and watching a player fetch a ball out of bounds is no fun. Improvements have been made, and once players start stringing passes together the game does resemble football. Also improved in the match engine is the ability to implement your Assistant Managers observations on the fly. So if you aren’t being aggressive enough, you don’t need to delve into the instructions and search for the ‘Get Stuck In’ option, you can just click ‘Apply Advice’. The other big improvement on match day is the intelligence of the AI managers. If you are constantly flying down the left wing and banging in crosses that lead to goals, you can bet that the manager will take pains to shore up his right side. If a weakness is spotted in your team, the other team will do the best to exploit it. The changes made on the fly by other managers feels a lot more realistic, and goes a long way to making games harder to win, and thus feeling all the greater for it when you pull one off.

It’s a pity that after the intensity of the matches themselves that you are presented with the lifeless press conferences. What seems novel at first soon gives way to tedium, and being asked the same few questions all the time shatters the realism a little. In contrast, the transfer market feels substantially more realistic, thanks to the real time nature and addition of multiple real life clauses. Young talents can automatically be loaned back to their clubs for instance, to focus on their development. SI has also taken the optimist view of the Financial Fair Play rules and chosen to enforce them.  This means that players cannot pull a Manchester City or a Chelsea and lavishly overhaul their squad. This places more importance on the role of using your scouts and proper negotiation, which in turn makes your acquisitions feel more weighted. If they are a success, you are a genius on the way to league and cup accolades. If they fail, you are left with an unhappy bench warmer with an ego that is bringing down the rest of the team. 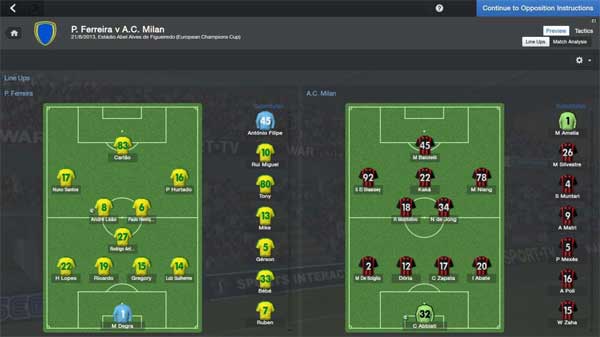 Returning this year is the big update from Football Manager 2013, Classic Mode. For those that like to click through a season in a night without the sheer amount of exhausting micro management will find a lot to like here. Match day even has an ‘Instant Result’ feature, which takes some of the fun out of match day, but is good for those in a rush. Classic Mode also loses the limit to the amount of leagues you can use this year, which is a nice upgrade.

The real changes to Football Manager this year are in the main version, and they are small but numerous. Those who play the game religiously are likely to get the game no matter what changes have been made. Those new to the franchise completely will still probably be put off by the look of the game, namely that it looks more like a spread sheet than an actual game. So let’s deal with both sets of fans. Hard-core fans, this is still Football Manager, it is still the deepest football experience you can play and remains as addictive as ever. Newbies, try not to focus on the basic look of the game and instead immerse yourself into the sheer amount of detail in the game. Lapsed fans, take a look at the Classic Mode, it may not be as detrimental to your physical and mental health but still provides an authentic management experience. Football Manager is an engrossing experience, and all fans of football will find something here to love. 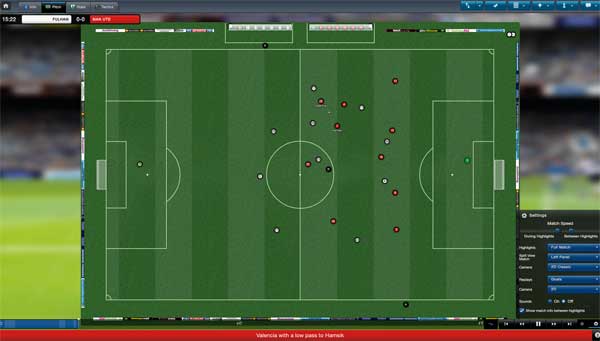