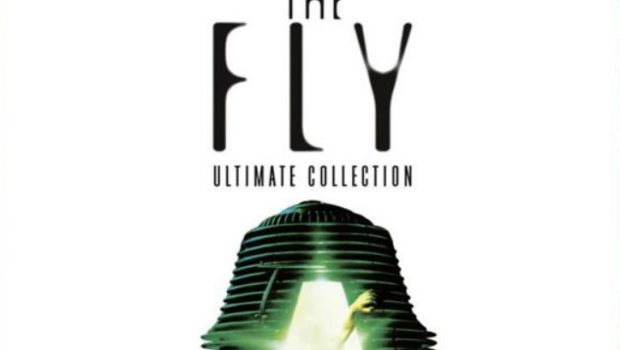 Friday, January 20, 2017 – Via Vision Entertainment is thrilled to announce the release of the The Fly Ultimate Collection on Blu-ray. This limited edition includes the original 1958 The Fly, Return of the Fly (1959), Curse of The Fly (1965), the 30th anniversary special edition of David Cronenberg’s The Fly (1986) and The Fly II – Special Edition (1989). Release date will be March 8.

This 1080p set will contain five discs and an array of must have supplementary materials for horror and sci-fi collectors and fans of the franchise. Some of these include the documentaries Fear of the Flesh, The Brundle Museum of Natural History, The Fly Papers, deleted scenes, extended scenes, audio commentary by director Chris Walas, alternate ending, film tests and much more. This is a worldwide premiere on Blu-ray for The Fly II and Curse of The Fly and the first time every film in the franchise has been packaged together on high definition.

AV Maniacs covering the original film directed by Kurt Neuman writes, “This classic film is tonally different from the Cronenberg redo from ’86 but both manage to deliver terrific entertainment that have earned them their due spots in history.” “David Cronenberg’s The Fly is that absolute rarity of the ‘80s: a film that is at once a pure, personal expression and a superbly successful commercial enterprise,” wrote Dave Kehr in the Chicago Tribune. Richard Corliss in Time Magazine observed “A gross-your-eyes-out horror movie that is also the year’s most poignant romance.”