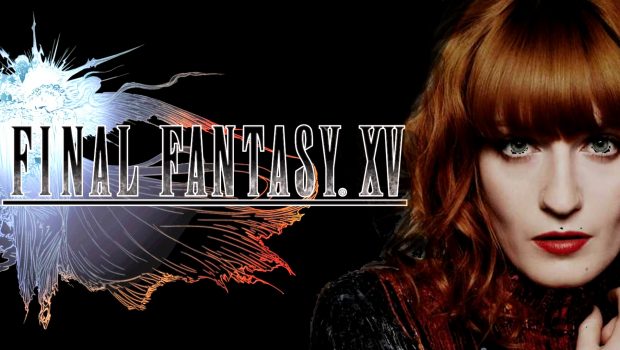 The special collaboration which includes three tracks, Too Much Is Never Enough, I Will Be and Stand By Me, which were recorded at Air Studios in London with producer and composer, Emile Haynie (Kanye West, Lana Del Rey). Too Much Is Never Enough, is a cinematic epic, featuring sweeping strings and Florence’s rich, emotive vocals. It premiered globally this morning on the BBC Radio 1 Breakfast Show with Nick Grimshaw as part of their New Music Friday. I Will Be is an evocative ballad, while her rendition of Stand By Me, as first previewed at the UNCOVERED: FINAL FANTASY XV event in March, gives the Ben E. King classic a beautiful, melancholy edge.

FINAL FANTASY XV Director, Hajime Tabata, also spoke about his excitement for the release of “Songs from FINAL FANTASY XV” – “We are incredibly excited to have collaborated with Florence on both the cover of ‘Stand By Me’ and on the two original tracks inspired by the world and story of FINAL FANTASY XV. Music has always been a hugely important and much beloved part of the FINAL FANTASY series, and with these three tracks we really wanted to create a musical experience to live within the game, and that will transport listeners, whether new to the series or not, into the epic FINAL FANTASY XV Universe”.

Florence + the Machine’s Songs from FINAL FANTASY XV is available now on iTunes.