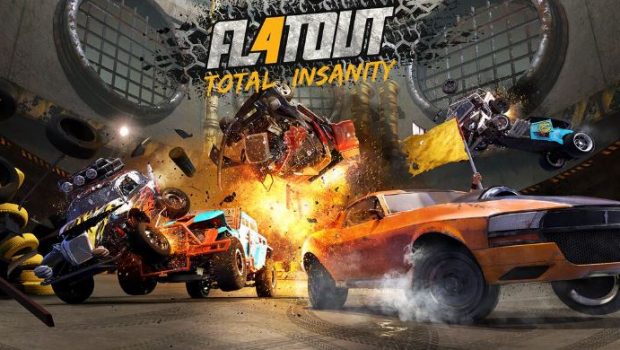 Sydney (Australia), March 1, 2017 – Bigben is pleased to unveil the release date of FlatOut4: Total Insanity. This newest instalment of the famous franchise is an explosive mix of ‘cult classic’ game modes and exclusive and varied content.

Developed by the Paris based studio Kylotonn Racing Games (WRC 5, WRC 6), FlatOut4: Total Insanity will launch in Australia on March 31st 2017 for PlayStation®4 and Xbox One consoles.

Nitro-boosted vehicles, crazy tracks, fiery explosions: FlatOut 4: Total Insanity takes up the mantle of the series, propelling players behind the wheel of the craziest vehicles including… a jet-powered ice cream truck!

In a new mode for the series, Keep The Flag, you must try to escape a posse of madmen whose sole aim is to steal your flag! How long will you survive in the arena?