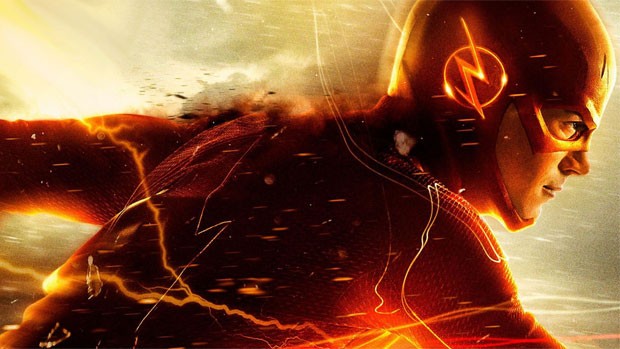 Summary: The Flash is a triumph, a cinematic experience on the small screen that heralds DCs arrival onto television with a (flash) and a bang

The traditional battlefield in the comics industry has long been between Marvel and DC. This battle has been mirrored in cinema, with Marvel, despite the gigantic box office of the recent Batman trilogy, emerging triumphant as franchises like Iron Man and The Avengers generate money like a printing press.

DC has fallen behind the pace, both in the cinema and on television. While Marvel inspired shows like Agents of SHIELD and Daredevil dominate the television space, DC has slowly come on board. Shows like Arrow have worked, garnering impressive figures, while the demonic inspired Constantine failed. 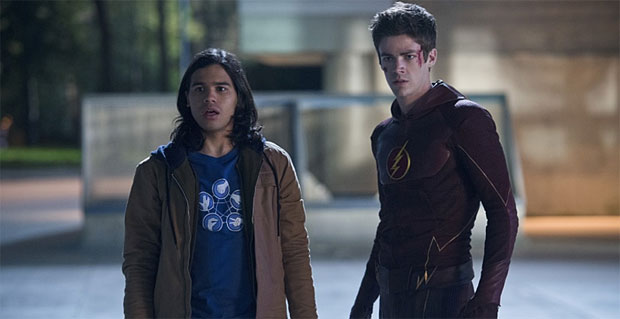 DC, however, have now struck gold with the television adaptation of The Flash. Developed by Greg Berlanti, Andrew Kreisberg and Geoff Johns, The Flash is an exciting, entertaining adventure series. With the very likeable Grant Gustin in the title role as Barry Allen, The Flash has garnered rave reviews and rating points in its first season, released here in this appealing boxset.

The backstory is neatly fleshed out in the pilot. Barry’s mother is murdered when he was a child. His father (John Wesley Shipp – who portrayed The Flash in an earlier tv series in the 1990s) is imprisoned for the murder, and Barry is taken in by Detective Joe West (Jesse Martin). Raised in his family, Barry is firm friends with West’s daughter, Iris, a friendship that conceals an unrequited love. 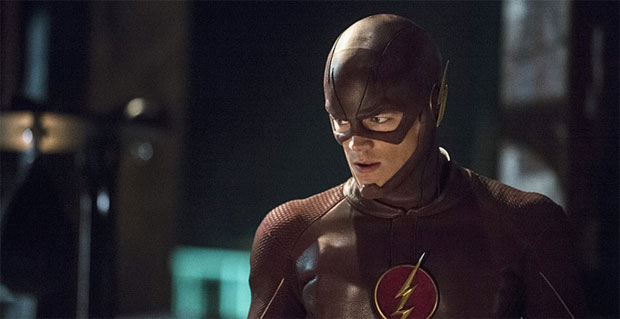 When scientist Harrison Wells unveils his particle accelerator, an accident during a thunderstorm causes massive ripple effects that make Barry the fastest man alive. But the accident also changes other residents of Central City, creating a swarm of super powered criminals. In harness with Wells (Tom Cavanagh) and his team of scientists, Caitlin Snow (Danielle Panabaker) and Cisco Ramon (Carlos Valdes), Barry helps save the day any number of times against a rogue’s gallery.

This attractive set contains the twenty three episodes that make up season one. American television has a wonderful ability to balance a number of competing strands within the 45 minute episode length we see in commercial television. There is the action, then there are the relationships between the characters that punctuate the adventure aspect of each episode. At the heart of good drama there is conflict, and The Flash matches both aspects very well. Barry’s guilt over his mother’s death and father’s incarceration motivate him to do good with his work on the police force. His love for Iris, and acceptance of her love for Eddie, tell us that Barry is a fundamentally decent person. Caitlin’s grief over her fiancées death informs her character, and Cisco’s eagerness to please Well’s tells us much about him. 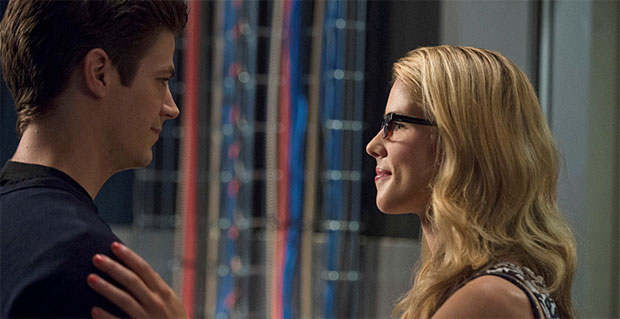 Of the trio assisting The Flash at STAR Labs, Harrison Wells is easily the most intriguing. There’s compassion and ruthlessness in equal measure. As the season progresses, we learn more about Wells, and what motivates him. By the last quarter of the season, who he is is fully revealed to the audience, and is a great example of the series not being willing to tread the same ground, but embrace change and the exciting opportunities on offer.

The visual and audio quality of the series is exemplary. The SFX, which is the subject of the extra, Creating the Blur, is often astonishing. As shown in the extra, a great deal of effort goes into each episode, on a tight budget and timeline that often results in cinema quality special effects. The music, composed by Blake Neely, is almost a character in and of itself. Barry’s theme is pulsating and mirrors the speed with which The Flash moves through each episode. 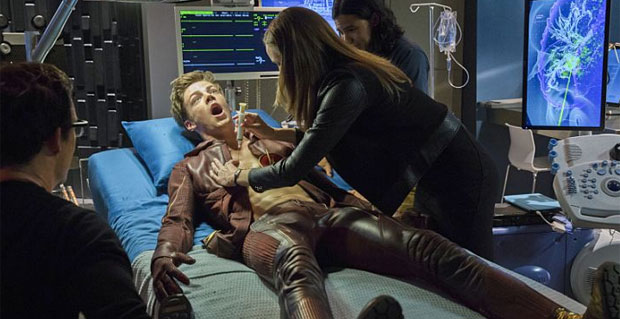 The show itself takes nods from the earlier version from the 1990s. Mark Hamill (duh, Star Wars) reprises his role as the anarchic Trickster. Shipp, as mentioned before, here play’s Barry’s father, whereas in 1990 he plays The Flash himself. And of course, it relies heavily on the comic book itself. Indeed, the second incarnation of The Flash, as he appeared in the comics as Barry Allen, ushered in the Silver Age of comics, helping to update comics into the then modern 1950s.

The main takeaway from the series, with its villains of the week and ongoing storyline, is the sense of fun and entertainment each episode is packed with. For those happy to dip in and out, there’s a wide variety of outlandish criminals to be entertained by. For those embracing the series all the, the ongoing mystery of who killed Barry’s mother, the will they/won’t they relationship he has with Iris, and who exactly Harrison Wells in, all rewards careful viewing. The Flash is a triumph, a cinematic experience on the small screen that heralds DCs arrival onto television with a (flash) and a bang. Do yourselves a favour and buy this boxset pronto.

As for the extras, there’s the usual parade of behind the scene material Creating the Blur/The Trickster returns. There’s also some interesting footage of Grant Gustin’s screen test, where he plays the character a little more emotionally than we see in the show itself. For those who never get to go to any of the awesome comic conventions in the US, the extra DC Comics Night at Comic-Con 2014 is an interesting insight into how a panel, featuring the DC television universe, is handled. There’s an interesting audio commentary for episode one, and most episodes come with one deleted scene to show you how ruthless the editing process can be. And for those who like to see actors lose it in front of the camera, fluff their lines and swear like sailors, the gag reel is waiting for you. 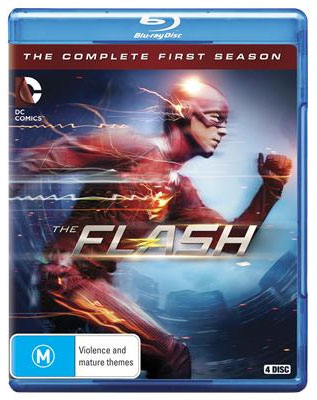