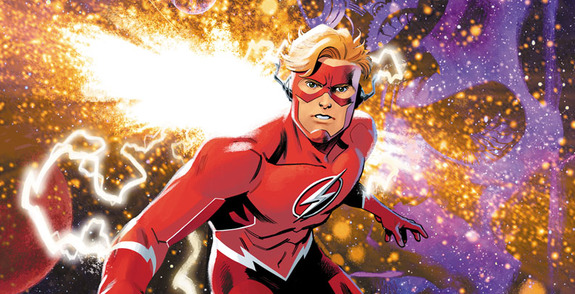 Summary: Flash Forward really lagged, especially with how much Wally was moping and I hope to god that lessens as we go on. I’m cautiously optimistic about the next issue.

To say that I was massively distraught by the announcement that Scott Lobdell would be taking control of the fate of Wally West is an understatement. To say that I am also definitely not a fan of Scott Lobdell is also an understatement. The stuff that he puts out is mediocre at best and at its worst it makes me want to never read comics again. His New 52 run on Teen Titans legitimacy made that franchise unreadable despite other writer’s best efforts for numerous years and Convergence was an utter waste of time (at least the main story was… some of those tie-ins were utterly fantastic).

I knew I’d have to bottle up my feelings about Scott though, because it’s Wally West and if I (and others) don’t by the title, DC is going to just stop using him again. So let’s dive in and hope we don’t sink.

So we open up with Tempus Fuginaut (the multiversal being from Sideways, one of the two best books to come out of The New Age of Heroes line from a few years back. I guess you could consider him a multiversal policeman. He is apparently one of a race of fuginauts that have been repairing the multiverse for eons. After discovering a new dark universe being born, he decides that the multiverse needs a new hero… 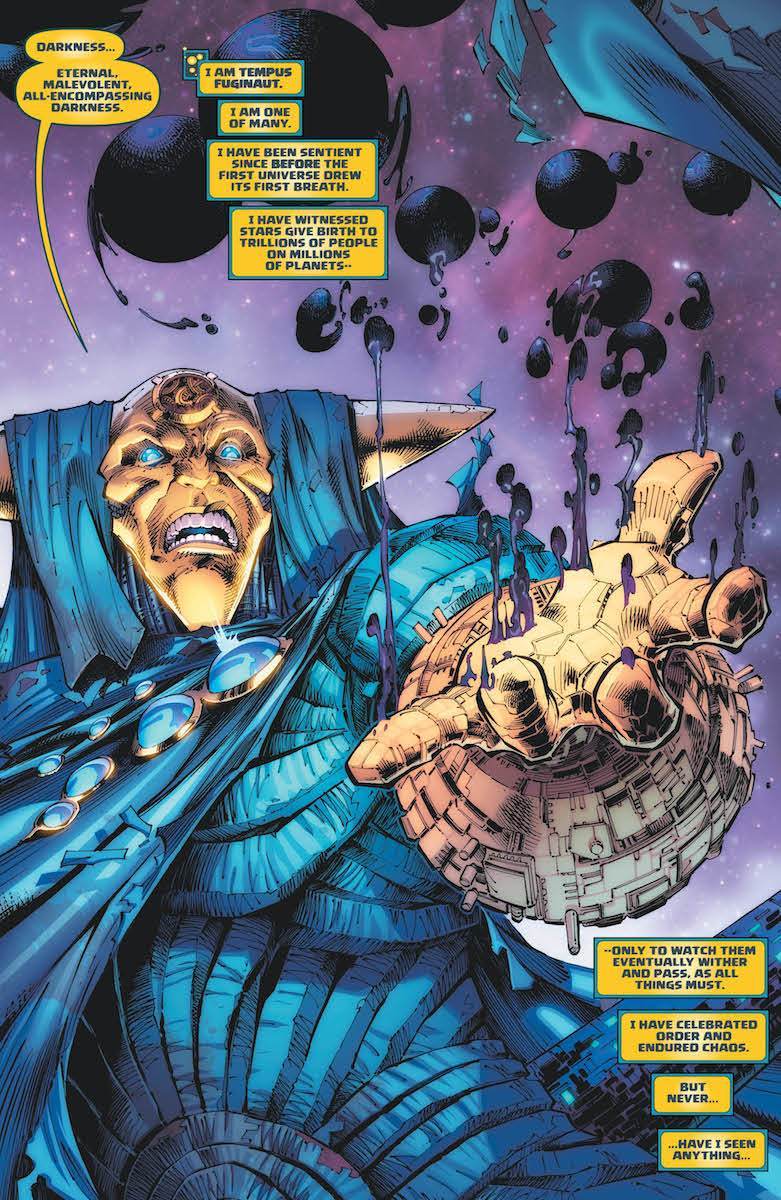 Which brings us to Wally. He’s been having dreams (the one we see now is about Arsenal) of the people he killed. He’s locked up awaiting trial in Blackgate and is stuck with a suppression collar. Mind you, he’s chosen to wear the collar voluntarily because he’s afraid his powers are going to go haywire again. After being attacked by Double Down, he’s saved by Murmur (!) who I must say I’m happy to see again. He then gets visited by Linda Park, who I think is trying to convince him to forgive himself. I say think because it’s not made very clear.
We ten cut to a quick scene of a thanagrian trying to take the Mobius chair for himself. His mind burns out due to overload and we are back to Wally.

After reminiscing about more framing and death, Wally is attacked by Girder and Tarpit, who thanks to bribing the guards, have had their collars removed. Wally is so wallowing in self pity and doesn’t even fight back. That is until a hit cracks his collar and he strikes back against the two.

Tempus shows up and after much back and forth decides to recruit Wally against his will and shunts him to Earth-50. The last image we get is of President Superman (Earth-50) leaning against a wall all bloody.

To say that this issue surprised me would be a fair statement. It’s not astounding by any means but Lobdell actually created something average. I’m suitably impressed. The issue lagged with how much Wally was moping and I hope to god that lessens as we go on. I’m cautiously optimistic about the next issue. 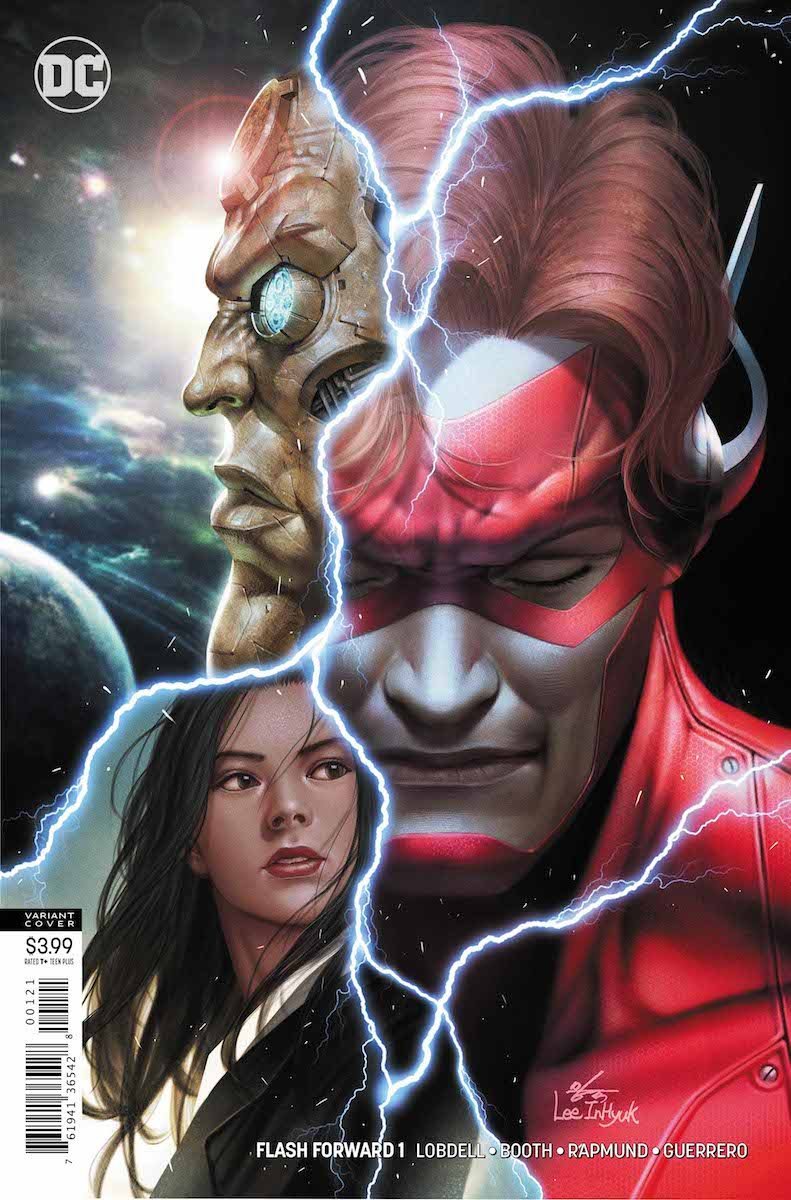