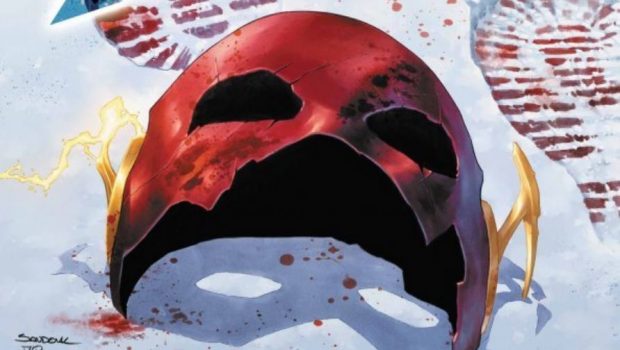 Summary: Flash is almost at a dead stop. It takes a very slow step forward.

Well that was something. Ever since Flash 50 when he disappeared into the Speed Force (or just ran away.. I’m still not sure) Hunter Zolomon has been gathering force powers (Star Wars!) and slowly “becoming” the Flash. Hunter has given up trying to destroy the Flash and instead wants to be the Flash. Every move that Barry has made has been part of Zooms plan, we just didn’t know that until now.

The problem with Zoom’s plan is that it is just absolutely insane (even for a comic book villain.) Not only does he want to become the Flash, he also wants to kill death. After goading Steadfast into finally using his powers by attacking Barry, Hunter absorbs them and brings Barry into the FOREVER FORCE! Zoom can now access anytime, anywhere in the multiverse. Barry warns Zoom that The Black Flash is coming for him, but Zoom knows this and prepares to meet death head on and beat it. Barry being Barry jumps in front of the Black Flash and we end the issue with Barry dying… I guess. It’s not made totally clear.

This book does have some nice concepts but the fact that all these forces combined access the FOREVER FORCE! plays out like bad fan fiction. It actually reminds me of the movie The Phantom. Xander Drax needs to get all three skulls to unlock… a laser beam (I’ll cut that some slack, because it’s set in 40’s), and then Kit Walker just has a 4thskull that can control the power of the other 3 that he always had but nobody knew anything about.  Hopefully the forces die soon so we can get back to normal flash heroics. This storyline has been going on for a long time (yes, the forces have only been “dying” for about 6 issues) but the whole “other forces: plot has been going for 30 (!) issues. Please make it stop.

Oh, I almost forgot. Wally and Avery find the rogues, then spend two pages debating on whether or not to fight them… sigh… I miss the Garrick Family.