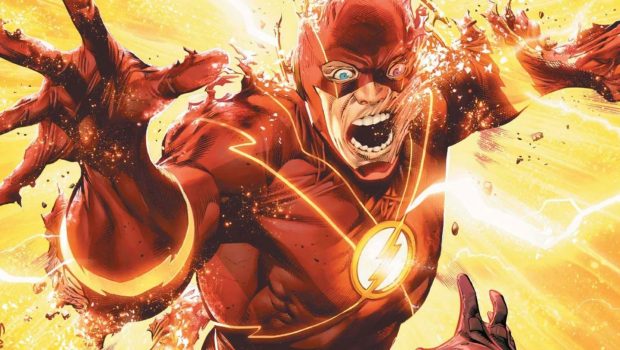 Summary: Can we PLEASE just get to the forces dying?

So the speed force has healed a hit, but Psych had to die. Can Barry ever catch a break? Not if Fuerza has anything to say about it. As soon as Barry arrives with Psych’s body, Fuerza is going off on him, about how his death is on his hands. Then Barry does something he rarely does, even when facing terrible villains, he gets mad.

With a sudden renewed burst of speed, Barry lays Fuerza on her tail, which until Psych’s death was becoming more and more difficult for him to do. After talking it over, he convinces Fuerza to take Commander Cold to investigate the Strength force dimension. Steadfast knows he’s lying though, because he knows the Black Flash will not stop until they are dead. Iris then shows up, but before anybody can patch things up Hunter Zolomon returns and throws Barry through a window. He absconds with steadfast and then the Black Flash shows up. 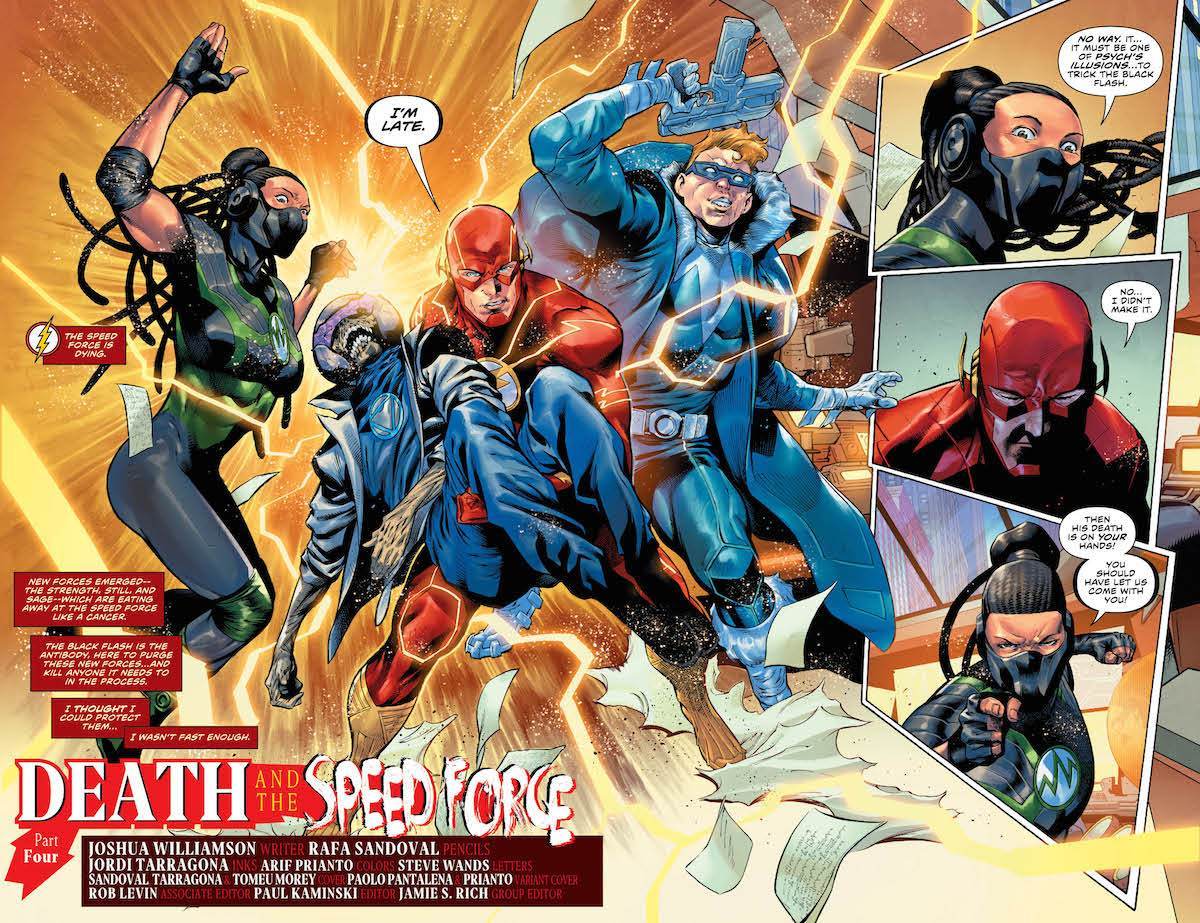 In other news, Avery and Wallace decide to go after the main group of rogues. Wallace may still be new, but at this point he should still know better than to do something this stupid. Speaking of Rogues, they recruit Lisa Snart back into the group. This is one aspect of this story I really do enjoy. Lisa Snart, otherwise known as the Golden Glider, has always been one of the better and more complex rogues. Her motivation has been simple: she came from an abusive home and wants to keep that from happening to other kids… where she has always gone wrong is that she also feels like she should be compensated for her troubles. Now that the Rogues are together, The Flash (and Lex Luthor for that matter) are in deep trouble.

A lot stuff happens in this issue, but the plot barely inches forward. Can we PLEASE just get to the forces dying?

P.S. I miss Johnny and Jesse and Max. Oh, Bart too. 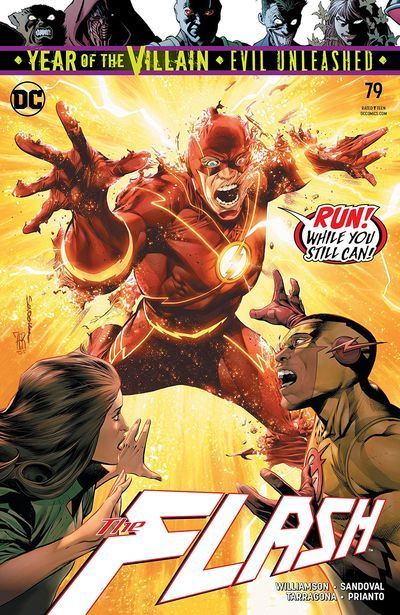