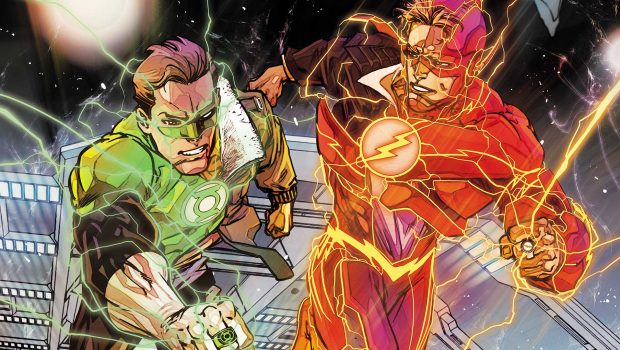 The Flash has his work cut out for him following the events of The Button story that briefly resurrected Reverse Flash.  It was also a great story with memorable moments, moments that hit readers by providing some shocks, and a few heart-warming moments.  Not to mention hints at the Watchmen Universe melting into Rebirth. Reverse Flash returned live and kicking only to die a few panels after his return. Or did he die? Despite the fact numerous panels feature his burn out corpse you pretty much spend the time suspecting a return. Given that the main rule of mainstream comics stipulate your big name heroes and villains can only die for a bit. Before it turns out they didn’t die and that everything is fine.

Mr Shyamalan is that you?

This is not on par with any of The Button story line issues. However, could be a decent warm up for what is to come. But I can’t be the only reader who finds themselves disappointed with the M. Night Shyamalan style twist at the end? Having villains who die and then return is not new to comics although it is an old trope that makes for a disappointing cop out of an ending. It may set up a good clash, and potentially a good story line but it feels so predictable as well as a step down from mystery of The Button story  that kept readers guessing. It also diminishes the impact of that story line as at times with that big reveal at the end it feels like a total one eighty from the events of that story. 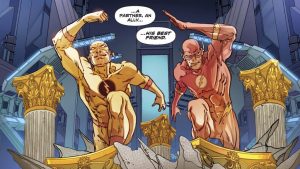 Flash 23 begins The Colour of Fear story line and finds Flash still trying to cope with the fallout from The Button. Not only is Barry distracted at his own birthday party but also in battle against Multiplex. Flash even seems slow on the take with everything around him which is a pretty good contradiction for the character. They also highlight Barry’s inner conflict quite well, and the back and forth with Green Lantern provides humour.

The end is just too predictable. It’s the big reveal that is supposed to make our jaws hit the flaw. If anything the most the final reveal could get is a meh. Flash 23 sets us up for what could be a good story. Although it is nowhere near the brilliance of The Button. The big reveal for the next issue promises a good old-fashioned hero and villain clash. However, most readers will likely have predicted it which dims the impact of the final splash page. I feel like a parent the way I’m going on about this ending. I’m not angry, just disappointed.