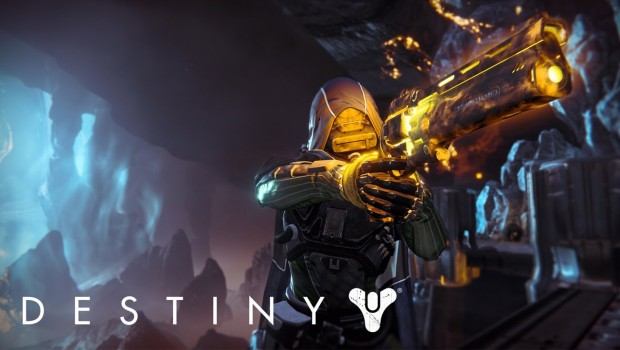 Destiny – The Collection to Feature the Upcoming Large Expansion – Destiny: Rise of Iron

“Destiny – The Collection is the perfect starting point for gamers who have yet to experience Destiny,” said Byron Beede, Sr. Vice President of Destiny at Activision. “Destiny – The Collection contains some of the most engaging content Bungie has ever created and the soon-to-be released Rise of Iron. It also includes a character boost that will allow new players to instantly join in with friends who are already enjoying Destiny.”

Players who pre-order Destiny – The Collection or Rise of Iron will receive the black and silver Iron Gjallarhorn*, a fan favourite weapon making its return to power. Those that pre-order digitally or at select retailers will also receive the Iron Gjallarwing Sparrow*.

Destiny brings you into a bold world of action and adventure where you are a Guardian of the last safe city on Earth wielding incredible powers. Explore the ancient ruins of our solar system as you immerse yourself in a cinematic single-player campaign. Join up with friends in three or six player co-op activities. Spar with your fellow players in a variety of competitive multiplayer modes. Upgrade your character to create a powerful hero as unique as yourself. Become Legend.

Destiny – The Collection is rated M for fantasy violence and online interactivity.  Destiny – The Collection will be available at a suggested retail price of AUD$89.95.  At launch, PlayStation gamers will also get access exclusive content for Rise of Iron, timed exclusive until at least Fall 2017.  For more information on the Legacy gen upgrade path please visit: http://www.destinythegame.com/upgrade