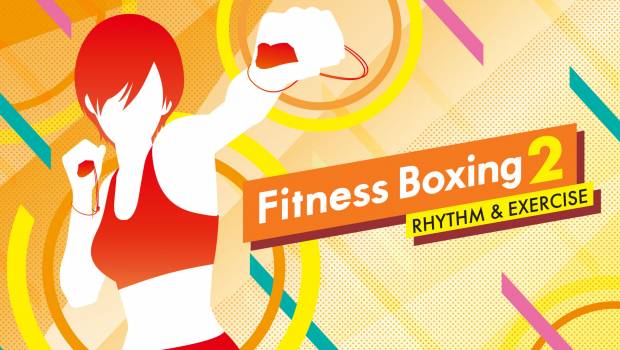 Summary: Fitness Boxing 2: Rhythm & Exercise is a decent way to workout indoors, but won't do much to improve your boxing skills.

Ah the paradox of the festive season; it’s way too hot to go outside and exercise, but you need to workout now more than ever due to all the indulgent end-of-year socialising and festivities taking place. But what if you could stay inside and exercise? What if you could do it for the cost of a Nintendo Switch game, and have fun while doing it too? Let me tell you about Fitness Boxing 2: Rhythm & Exercise. 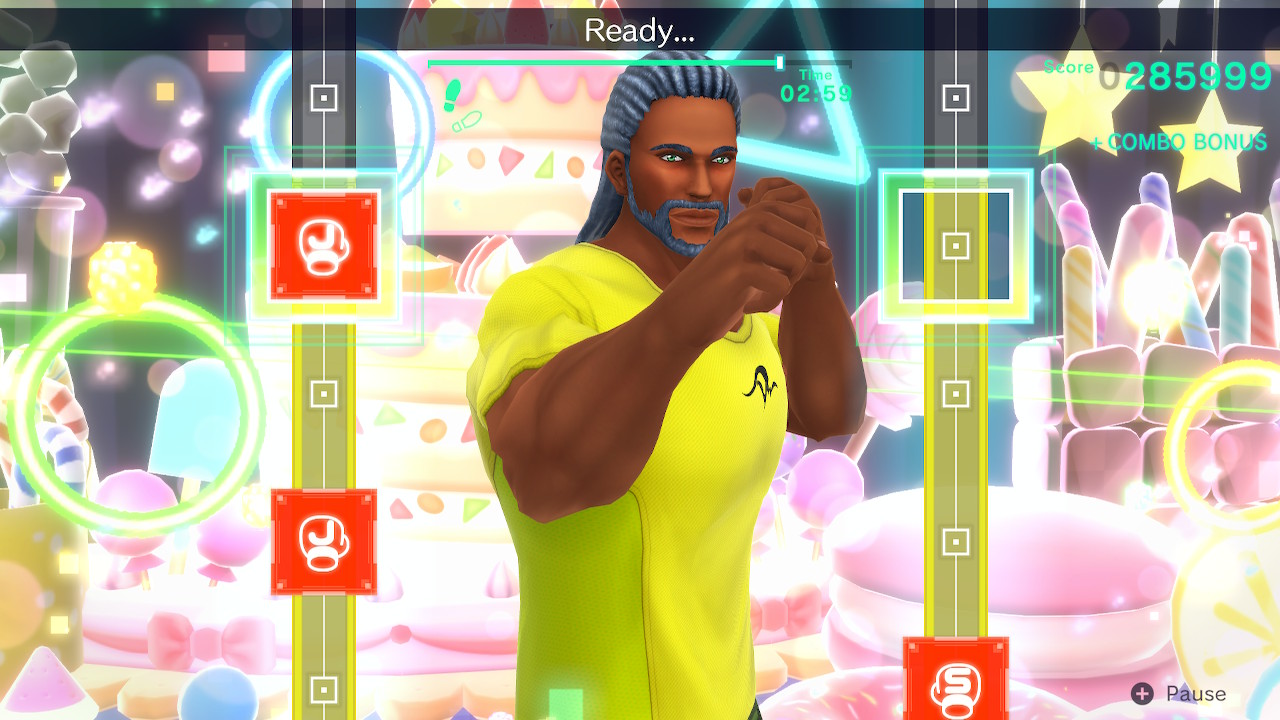 Fitness Boxing 2: Rhythm & Exercise is equal parts interactive exercise tool and video game. It’s essentially an interactive fitness boxing session where you punch the air in front of you while holding the Joy Con controllers. Punches must be performed in time to the beat of the music and you are scored based on the timing of the punches. Think of the gameplay as a boxing version of Dance Dance Revolution, where different types of punches are strung together to create combo chains. When you get into the groove, you’ll be so focused on landing perfect combos that you won’t even realise that you’re working out. 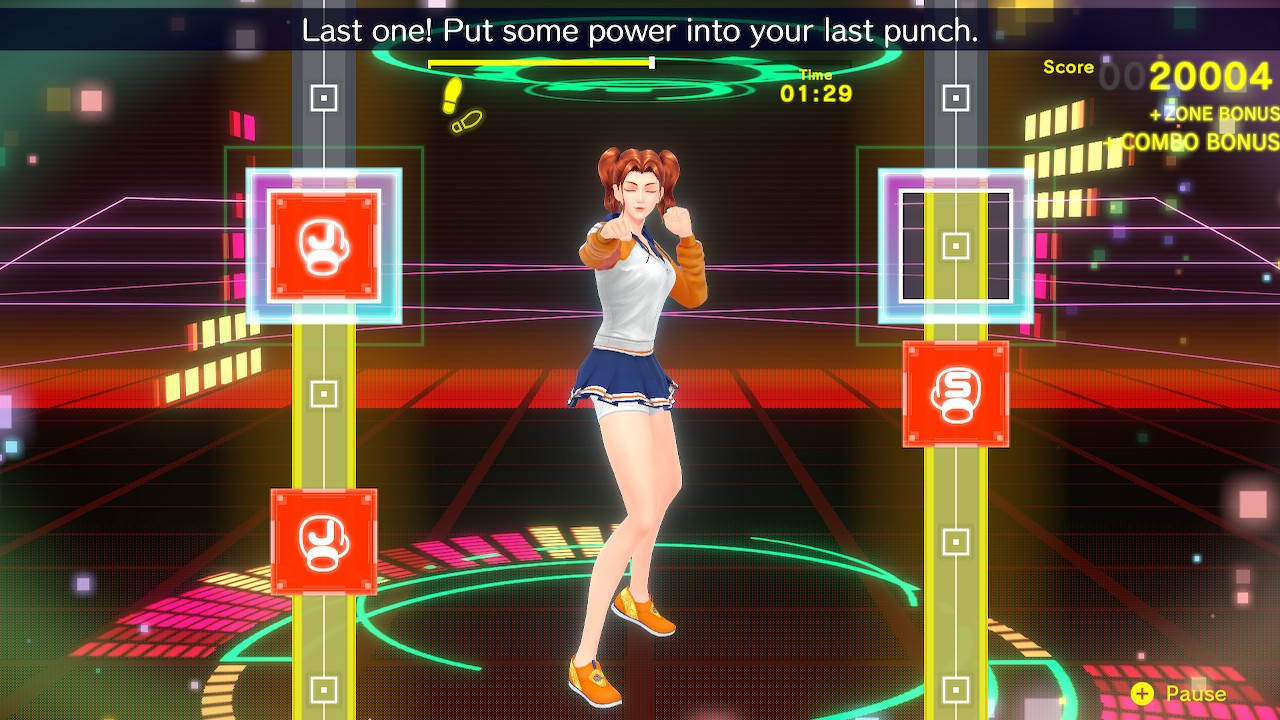 The gameplay is broken up into sessions, which is where Fitness Boxing 2’s surprisingly impressive fitness regiment mechanics really shine through. After the initial tutorial, you’ll be asked to set your fitness goals and what your ideal training schedule would be. You can input your height and weight, estimated current fitness level and what your desired fitness level is, then Fitness Boxing 2 will create a workout schedule to help you reach these goals. You’ll also be prompted after each workout session as to whether you found the training to be too hard or too easy, and the game will update the next session based on your progress. I found these tools to be a nice, simplistic way to create a workout schedule that dynamically adapts to your own personal fitness goals. 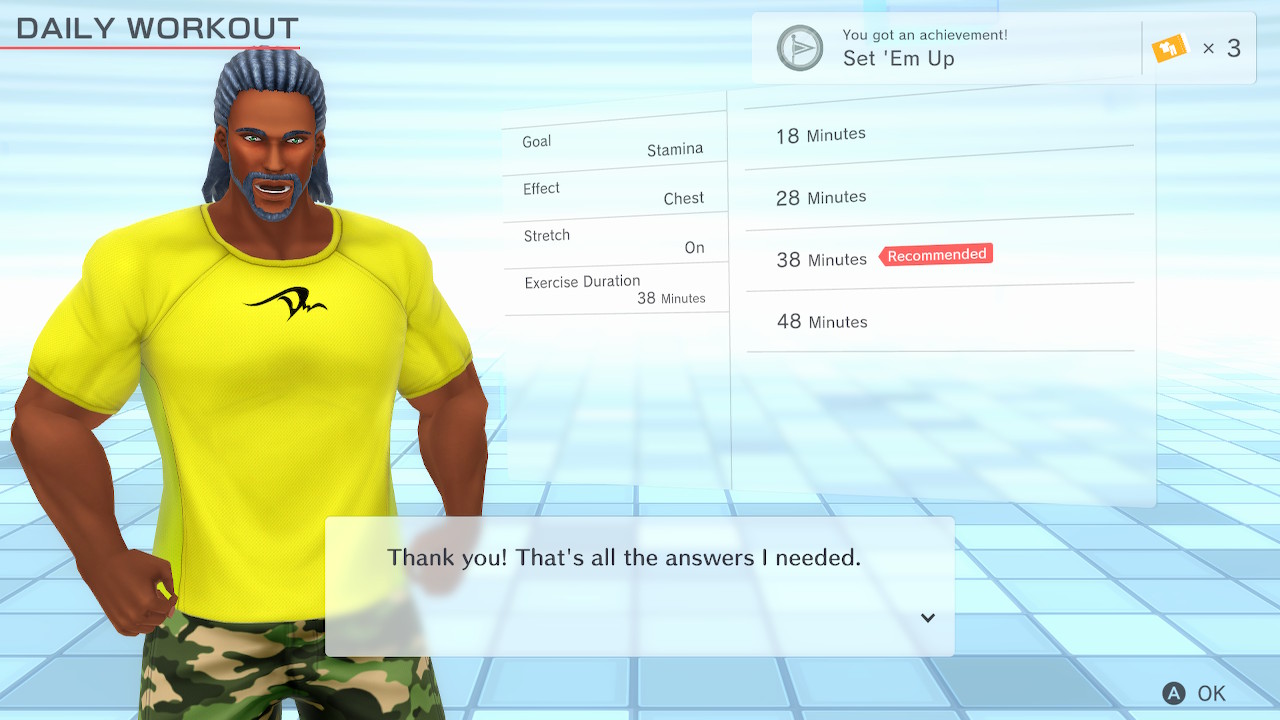 You can set an alarm within Fitness Boxing 2 that will prompt you once a day to do a workout session, which is a pretty decent motivator to consistently stick to a workout routine. But if you need a little more motivation to get up and start swinging, there are plenty of cosmetic items that can be unlocked for your virtual coach by performing workout routines and completing a large list of achievements. I found these achievements and unlocks to be a great additional incentive to get up, move my coffee table out of the way and complete my daily workout. 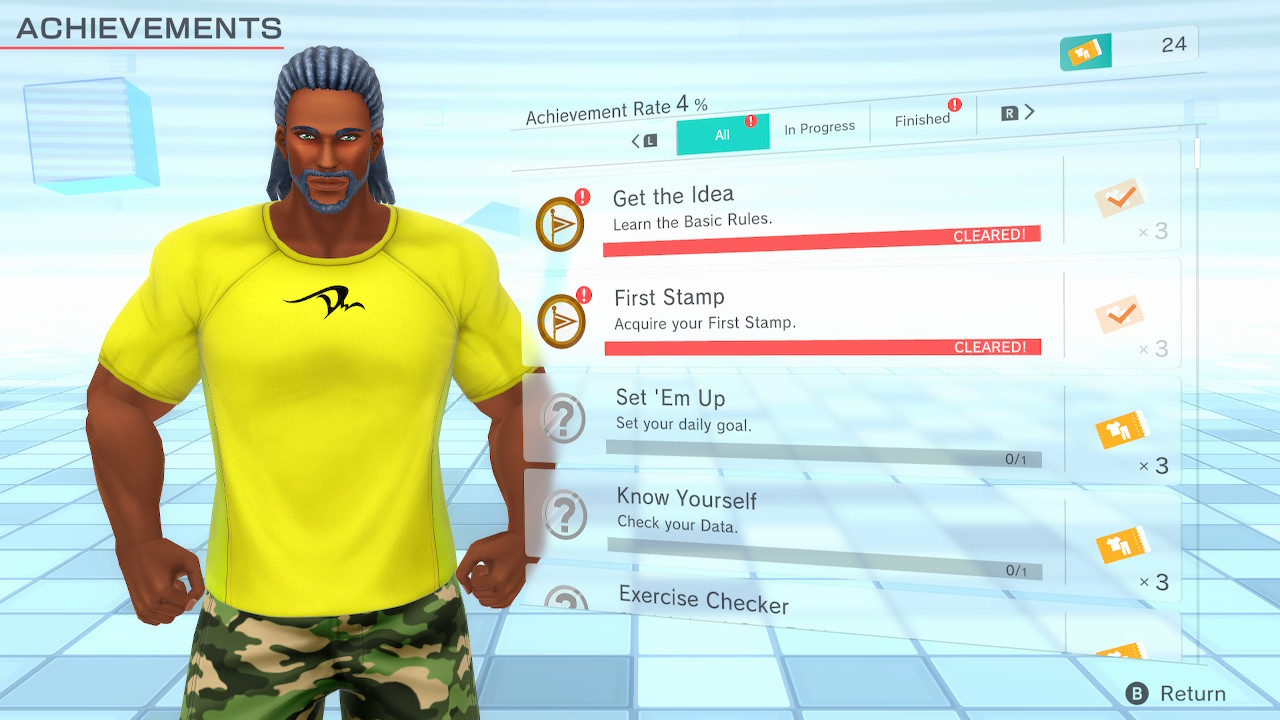 As impressive as the fitness regime tools are, Fitness Boxing 2 has a number of fatal flaws that ultimately make it a rather mediocre way to actually learn how to box. The most pressing issue is the complete lack of any sort of motion tracking that could be used to assess your boxing technique. The Joy Con seems to only pick up any sort of thrusting movement you make, no matter the direction, orientation of the controller or power of the movement. I actually got my best scores in some of the sessions by lying on the couch and lazily flicking my wrist to hit the targets on time. This issue will stick out far more egregiously to anyone that has played Nintendo’s other premiere fitness product, Ring Fit Adventure, which does a phenomenal job of tracking your movements directly and reflecting these in the game with helpful feedback. 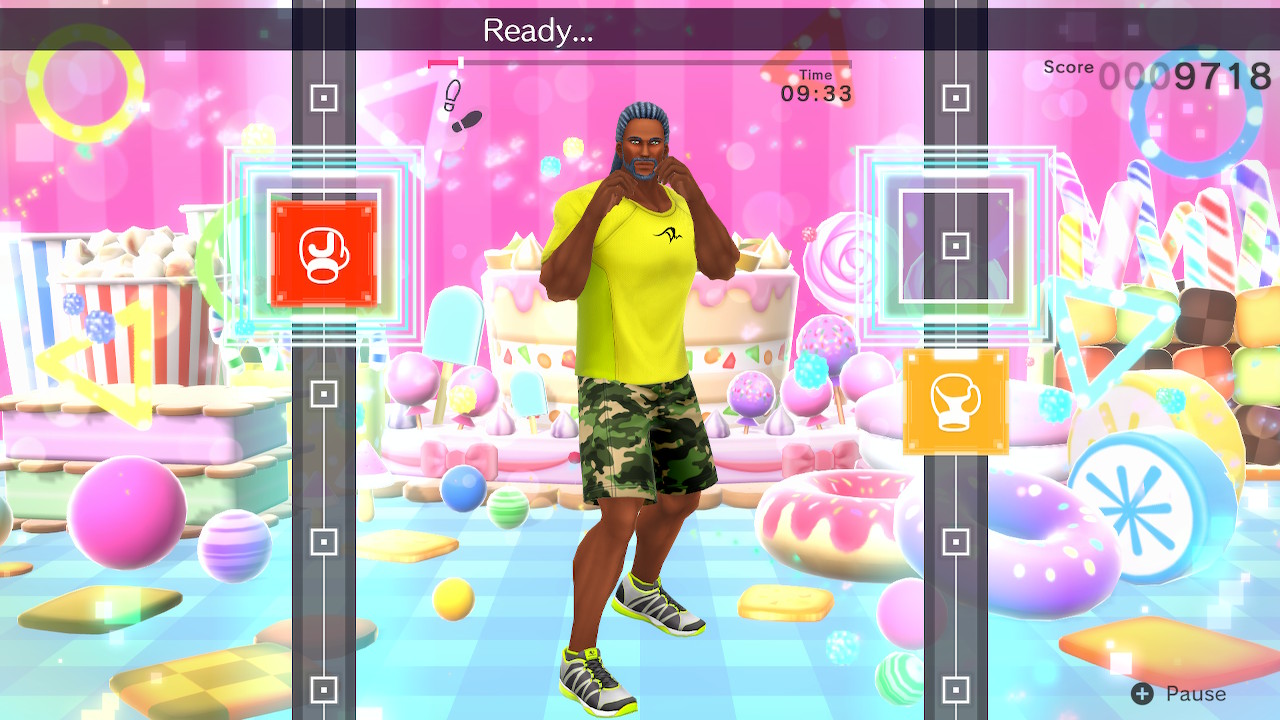 Related to this, if you’re looking for a tool to learn how to throw a punch or learn boxing technique, Boxing Fitness 2 isn’t the best resource. There is a virtual coach that will instruct you on how you’re supposed to perform each of the different strikes, but the game doesn’t comment if you are doing it correctly. Your virtual coach will give a brief description of a few different strikes that you will use to perform combos in the session (if you can be bothered doing the different actions, you really don’t need to) and there’s a training mode that  provides written descriptions of how the actions are performed, but without any sort of feedback, it’s difficult to improve your technique. 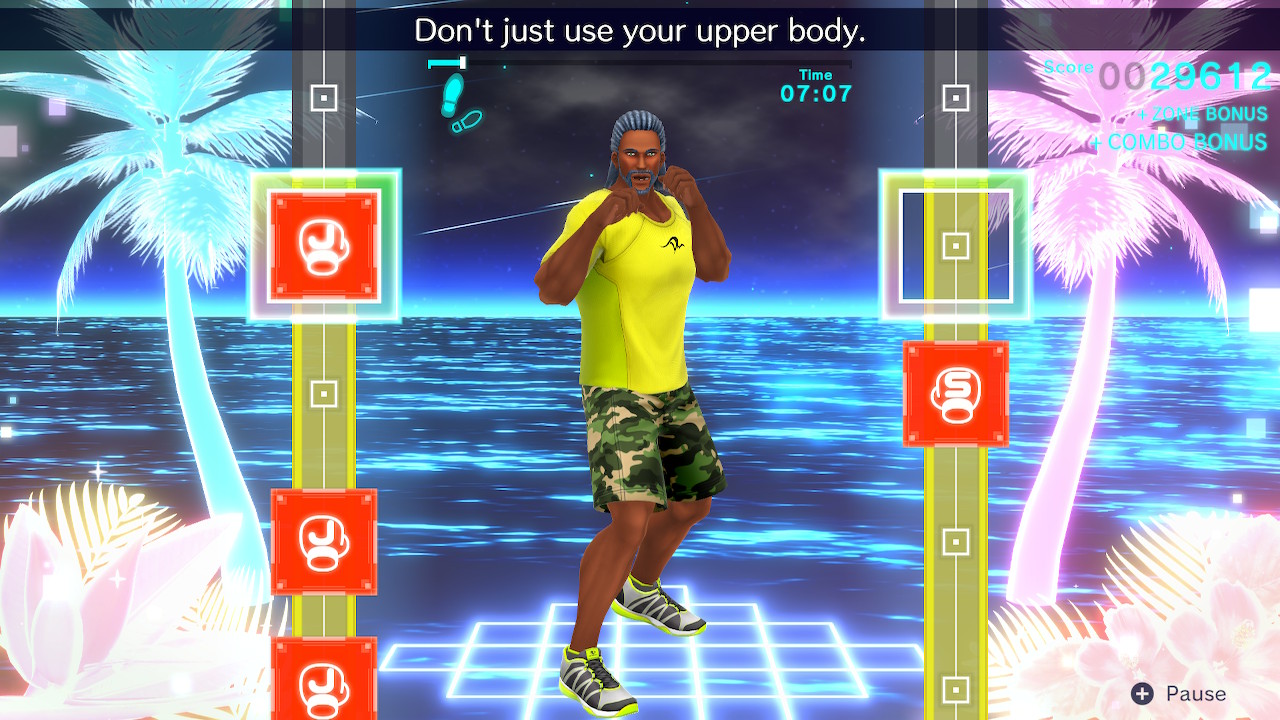 My final gripe with Fitness Boxing 2: Rhythm & Exercise is rather trivial, but one of the most souring aspects of this game in my eyes. There are a number of licensed music tracks that you can select as the backing track for your workout routine (a personal highlight is Katy Perry’s ‘Hot N Cold’). Despite these being officially licensed music tracks from some popular artists, the actual music in the game sounds like the polyphonic ringtone version of the song. These routines can last for over eight minutes, so you’ll hear the same chiptune song repeated without interruption numerous times. You might think that the music would fade into the background, but the whole point of the gameplay is to punch in time to the beat, so these repetitive electro-pop cover songs become excruciatingly tiresome very quickly. Thankfully, you can select your music when you set up the routine you’re about to perform, so you can avoid these nuisance tracks if they irritate you as much as they do me. 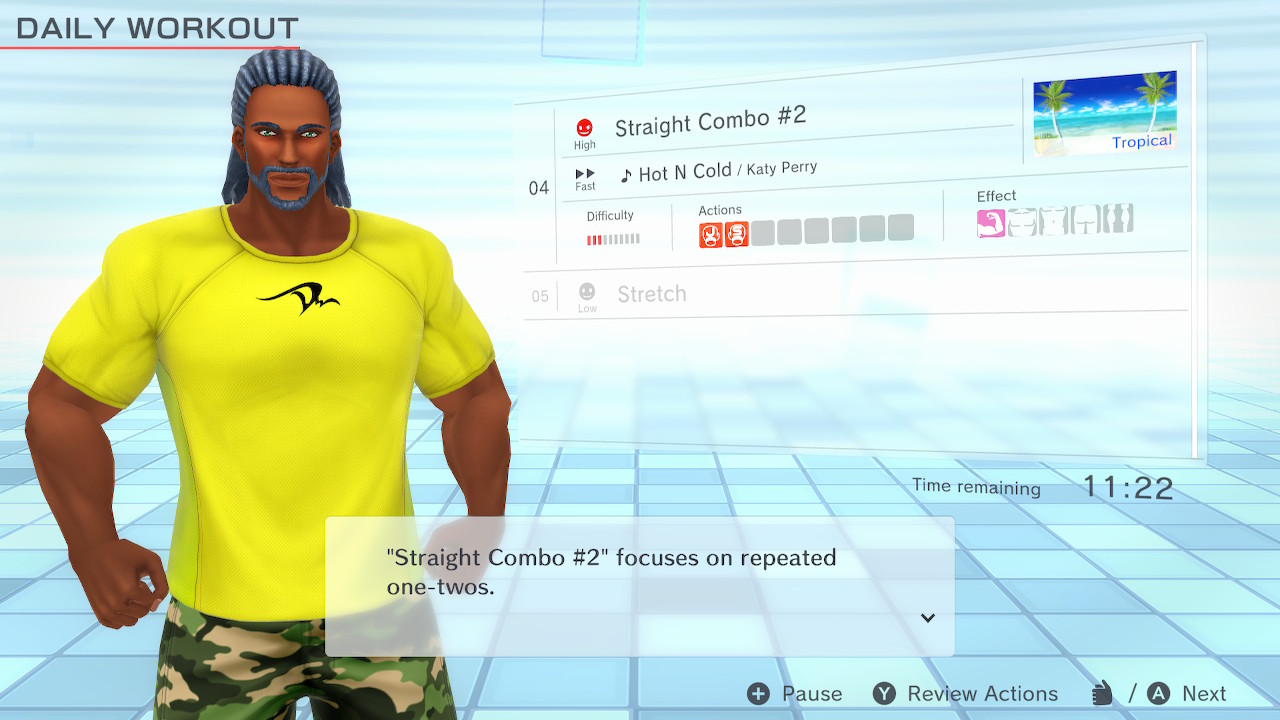 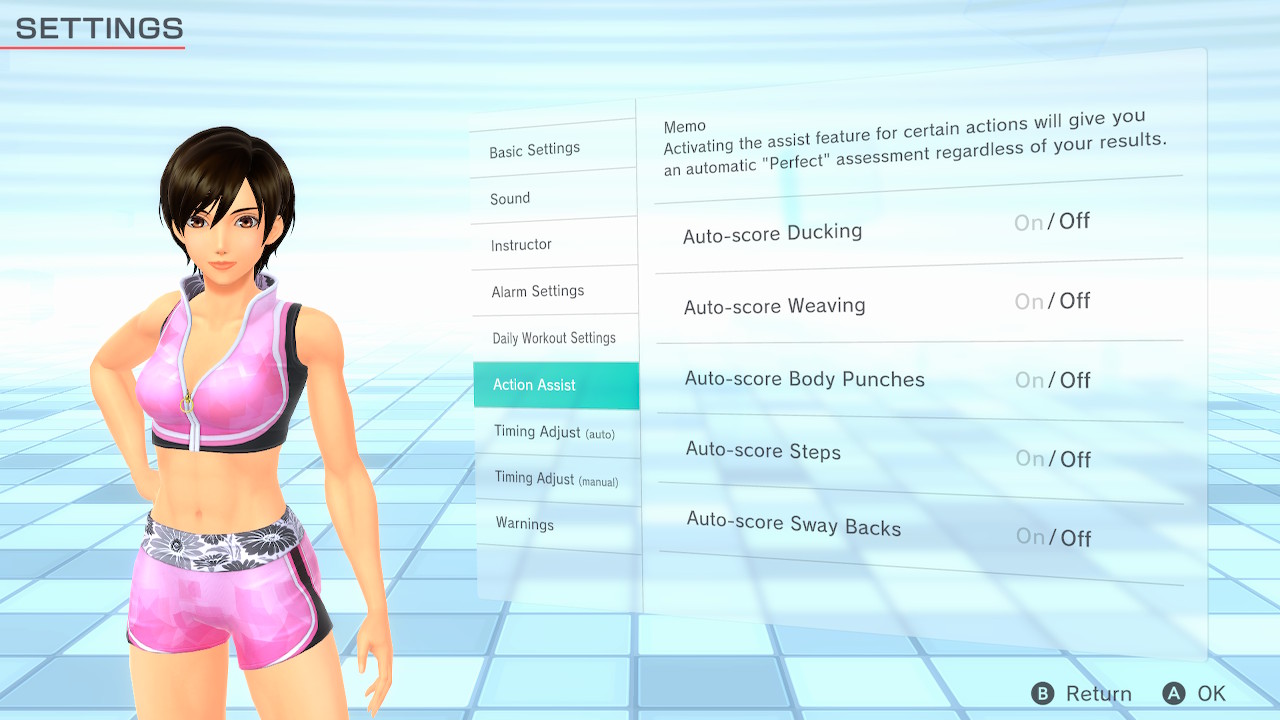 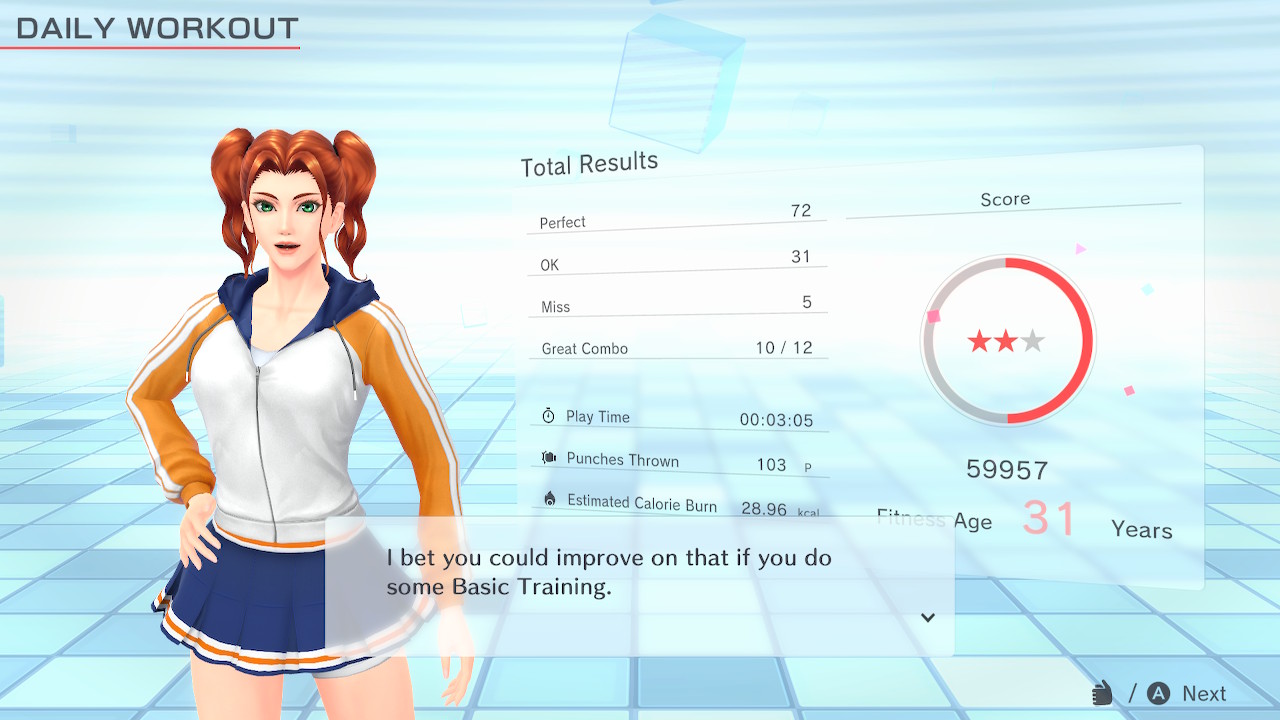