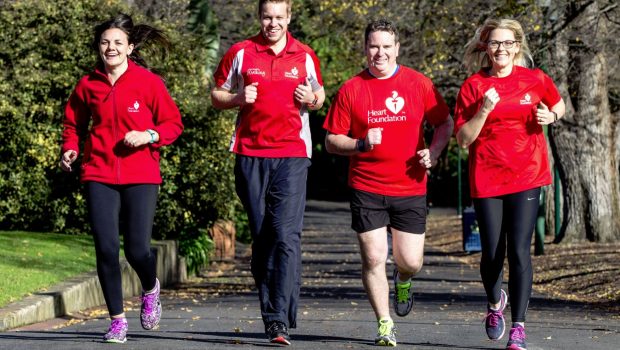 MELBOURNE – June 30, 2016 – Fitbit (NYSE: FIT), the leader in the connected health and fitness market, today unveiled FitForGood™, a charitable platform inviting Fitbit users to get fit for a good cause in support of better heart health for all Australians. Fitbit is encouraging anyone with a Fitbit® account in Australia to sign up, with their steps contributing towards the FitForGood Challenge of a collective two billion step goal. If the group reaches this goal, Fitbit will make a $100,000[1] donation to the Heart Foundation of Australia. In addition, the Heart Foundation is aiming to raise an additional $400,000 through donations to help educate the public about heart disease, which kills one Australian every 27 minutes.[2] Australian Cricket Captain and Fitbit Ambassador Steve Smith will join the challenge and help motivate Australians to get moving and take steps towards better heart health.

“The Heart Foundation plays a critical role in educating on the connection between a more active lifestyle and good heart health, which closely aligns with our mission to give people tools that will empower them to be more proactive about their overall health and wellness,” said Steve Morley, Vice President and General Manager, Fitbit Asia Pacific. “FitForGood can show Australians how even small changes can contribute to big results, as they take steps to not only improve their own health, but also to help the Heart Foundation towards their goal of reducing the incidence of heart disease across the nation.”

From 11 – 25 July, anyone with a free Fitbit account in Australia can participate in the challenge and contribute their steps towards achieving the two billion steps and up to $100,000 donation target. In addition, those who join the challenge can set up their own fundraising goal via the EveryDay Hero link in the FitForGood portal to help support the Heart Foundation. In support of the campaign, the Heart Foundation is aiming to raise an additional $400,000 through donations. To join, Fitbit users can register for FitForGood today at fitforgood-au.fitbit.com

Walk to Take Control of Your Heart Health

While most people are aware of the benefits of being more active, exercising more, eating smarter, sleeping better and managing their weight, these activities can be viewed as time consuming and difficult to achieve. Fitbit combines the power of technology and insights, and helps people see how small changes can add up to big results. By tracking activity level, sleep and nutrition, users can have a positive impact on their health and well-being which may also benefit those living with chronic diseases.

Professor Garry Jennings, The Heart Foundation’s Chief Medical Advisor, said new research has found that simply increasing your daily number of steps can reduce your risk of mortality.[3] “FitForGood helps encourage physical activity and supports our critical work to reduce the risk of heart disease for all Australians. Even doing an additional 2,000 steps a day can reduce your risk of having a heart attack as well as key risk factors – including high blood pressure, high cholesterol, diabetes and obesity.”[4]

Anyone in Australia with a Fitbit account can sign up and opt-in. Australians who do not have a Fitbit device are invited to participate by using MobileTrack on the free Fitbit app for their Android, iOS or Windows device. In addition, anyone without a Fitbit device will be given the option to purchase one during the sign-up process.

[1] All donations will be made in AUD

[9] George Institute for Global Health and the Menzies Research Institute in Tasmania, 2016. http://www.georgeinstitute.org/media-releases/more-steps-a-day-keep-the-doctor-away