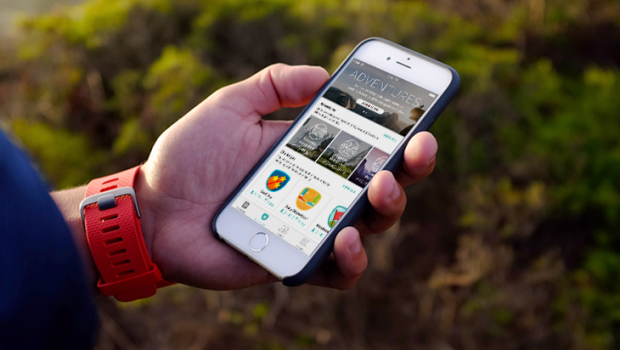 Fitbit has announced the launch of Adventure Races, a new interactive and motivational experience via the Fitbit app, that has been designed following research that reveals Fitbit users with one or more friend connections move more.

The platform provides Fitbit users with competitive challenges where users can virtually race against friends and family through exciting destinations such as Yosemite National Park and TCS New York City Marathon. Adventure Races are intended for 2 – 30 people on any single track, proving users with the motivation that is gained when competing against family and friends.

Please see an overview of key information below:

◦          Adventure Races builds on the original Solo Adventures that offer personal, non-competitive Challenges, with a new way to motivate you and up to 30 friends in a race to the finish line. Reach your health and fitness goals in a gamified setting as you virtually explore some of the most captivating environments in the world such as Yosemite National Park and the NYC Marathon.

◦          Similar to Solo Adventures, this new social challenge is designed to inspire and motivate you to reach your health and fitness goals through a virtual gaming experience.

◦          Along your journey, you will see Landmarks from jaw-dropping peaks to stunning vistas that showcase each location.

▪          Locations along each trail are unlocked as you progress within each Challenge, each a visual representation of what you would see at that exact location at the destination.

▪          The visuals dynamically adjust to the trail surroundings as you rotate your phone, letting you enjoy the moment just as you would if you were really there.

▪          The Fitbit platform – consisting of devices, apps, social and motivational features, advice and personalised coaching – helps you make behavioural changes to be more active, exercise more, eat smarter, track your sleep and manage your weight. Through Adventure Races, anyone with the goal of increasing their activity can now do so by inviting their friends to explore scenic wonders in these destination-based challenges.

◦          It’s been found that Fitbit users with one or more friend connections move more, taking on average 700 more steps than those without friends.

◦          Users who have participated in Fitbit Adventures and Challenges take an average of 2,000 more steps per day than users who have not been in a Challenge.

The Fitbit Adventure Races is now available in Australia and Canada via the free Fitbit app (with global release in May 2017).