Virtual Fishing in your front room!

Diving right into Fishing Master VR, it is actually a fun VR game and it make good use of the single move controller that is used. At first, it is a little confusing because you expect to use both hands for the game, one for the rod and one for reeling things in. But no, the game keeps it a bit simple by using only one move controller and having you press and hold the trigger button at the appropriate times to reel in a fish.

It is a solid game playing on the PS4 and Fishing Master VR does make you feel like your battling the fish to bring it in. 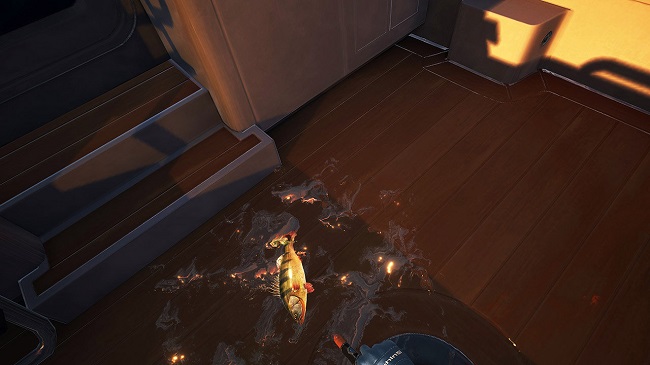 As the player progresses in the game and catches more fish, they earn coins, which they can then use in the virtual store accessed on a tablet computer on board the boat. Upgrades include new rods, reels, lures and fishing lines.

You do not get any sensation feedback on the cast nor on the initial fish striking the lure. However you do get a good sensation/vibration in the controller as you are fighting to reel the fish in.

Successfully landing a fish requires some technique and the game thankfully walks you through with a tutorial. Angling the rod in the opposite direction that the fish is pulling, this wears the fish’s stamina down. A visual queue or power meter shows the tension on the line. As long it is in the green, you are all good. When it flashes red, you let the trigger go or risk breaking the line. 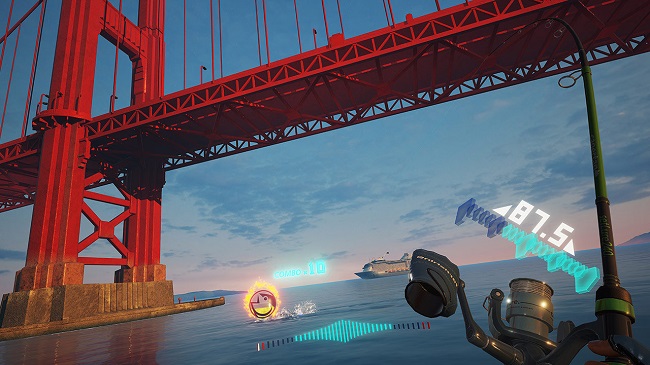 When the fish runs out of energy or in other words is tired down, you can reel your catch in and see what you have.

Visually the game looks good, with seven different sites to fish, each with slight variations. From the San Francisco, Bay Bridge to places like Lake Geneva in the Alps.

Fishing Master VR turned out to be an extremely fun experience. I would say just be aware of what is over head in real life for when your casting in the virtual world. The lights attached to our overhead fan thankfully did not get broken… no thanks to some overzealous casting on my part. 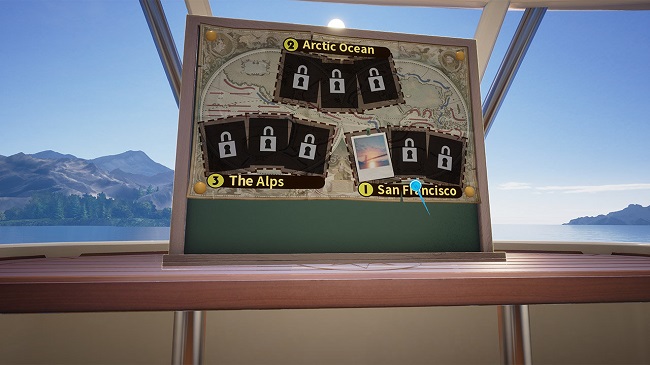 If you are not sold on how awesome fishing in Virtual Reality is, then check out the Playstation store for the DEMO version first before you buy it. In the end however, I would say for a relaxing fishing trip without having to do it for real….Fishing Master VR is a must have for a fun , relaxing experience.