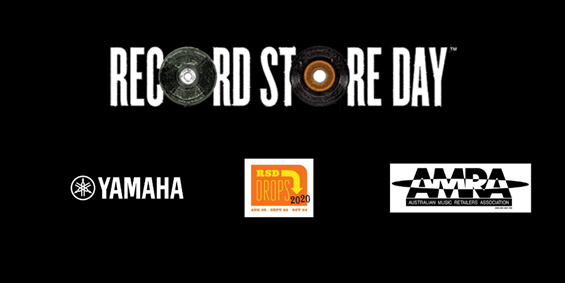 The internationally celebrated Record Store Day will be back in 2021, but in the year 2020 with COVID-19 restrictions around the world we will celebrate with three RSD DROPS, on 29 August, 26 September and 24 October and ROSS WILSON will return as our ambassador. He was originally slated for Record Store Day, last April, but continues his support for indie record stores by being ambassador for the August date.

How will it work?

We will be holding 3 calendar-distanced drops:

Here is how RSD Drop will work across Australia:

Adelaide, Sydney and Brisbane are in less strife than Melbourne, therefore stores are firing on all cylinders for a safe socially distanced day including coffee and live music. In Melbourne it will take place on-line or within 5kms of home.

In Adelaide there are DJs in store at iconic hip hop store Clinic 116.

In Brsbane it’s early opening and one way systems around the store with staff as marshals for a COVID-safe day at Sonic Sherpa.

In Melbourne it’s contactless click and collect within your 5 kilometre bubble or online.

Record Store Day is the annual party held in 26 countries around the world for 13 years now, celebrating Indie Record Stores with limited edition records, live music, beer and other mayhem.

Coming later this year, and available now on pre-order, is a special pressing of Mondo Rock’s Summer of ’81, a live recording from The Pier Frankston, featuring all the hits from the band’s best selling album Chemistry, plus a rarity: Slice of Life, which has never appeared on a studio album. Available on CD and vinyl at your local indie record store.

Information is constantly being added to the website at www.recordstoreday.com.au