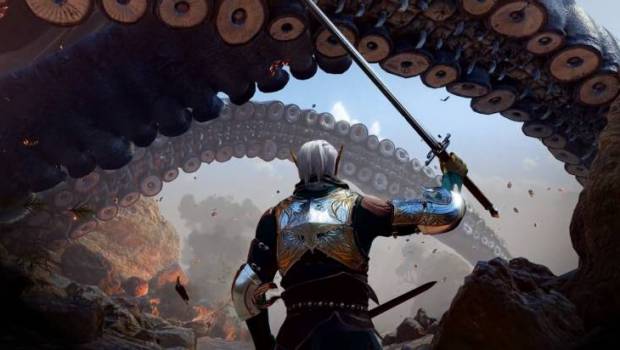 Larian Studios has today announced that Early Access for Baldur’s Gate 3 will launch this August, maybe.

Announced back in June 2019 before the final E3 conference, Baldur’s Gate 3 is a sequel to CRPG staples Baldur’s Gate 1 and 2, bringing the IP into the modern era, with AAA production values, including fully cinematic dialogues, authentic gameplay based on 5th edition Dungeons & Dragons and cooperative multiplayer.

Today’s trailer is indicative of the mood and tone of Baldur’s Gate 3, a game that pushes Larian’s lauded RPG depth into an entirely new level of production value and ambition. Between the original announcement a year ago, and what will be shown prior to D&D Live, Baldur’s Gate 3 is starting to take shape, and that shape will continue to evolve as Larian works directly with the community during its Early Access campaign.

Covid-19 has affected Larian as it has affected many people around the world, but the shift to work-from-home has been a successful one, allowing Larian to continue working towards the Early Access period of (maybe) August. We’re happy to announce that we’re now able to resume performance capture, to put the final pieces in place for the Early Access release.

The mood, depth, and tone of Baldur’s Gate 3 are extremely important aspects of the experience, and Larian is now able to continue to work to create what will be the initial Early Access release build.