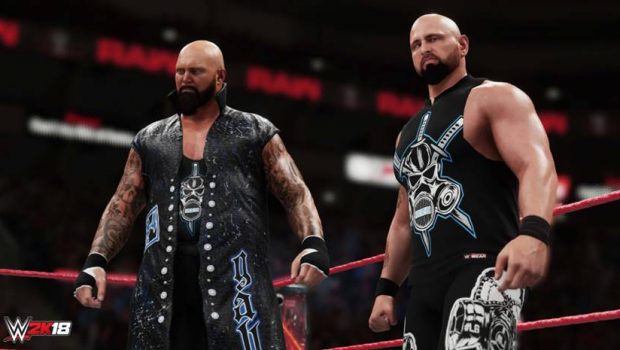 In the first installment of the highly-anticipated WWE 2K18 Official Roster Reveal, 46 WWE Superstars have been announced for inclusion in the forthcoming franchise’s worldwide release. WWE’s Renee Young and WWE Raw commentator Corey Graves, with the help of WWE Superstar Goldust, teamed up to reveal the first group of Superstars confirmed to appear in WWE 2K18.

Developed collaboratively by Yuke’s and Visual Concepts, a 2K studio, WWE 2K18 is not yet rated by the Australian Classification Board and the Office of Film and Literature Classification. WWE 2K18 is currently scheduled for worldwide release on October 17, 2017 for the PlayStation 4 computer entertainment system and Xbox One, as well as this Fall 2017 for Nintendo Switch. Early Access players will receive their copies and in-game bonuses beginning four days early on October 13, 2017. For more information on WWE 2K18 and 2K, visit wwe.2k.com, become a fan on Facebook, follow the game on Twitter and Instagram using the hashtags #WWE2K18 and #BLN1 or subscribe on YouTube.