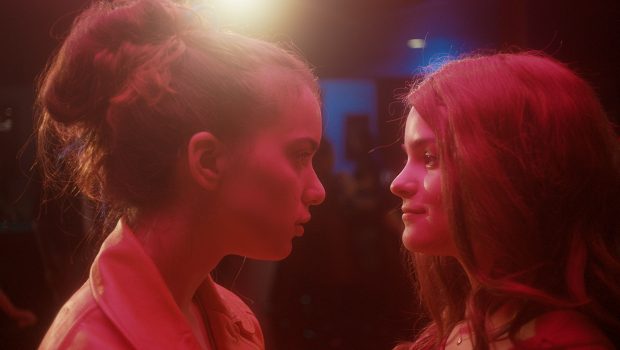 With some relationships, admiration begins from afar. Expectations of love and ideas of sexuality are turned upside down for Anne (Dylan Gelula) as she photographs fellow teenager Sasha (Brianna Hildebrand) at a high school softball game, leaving her instantly beguiled. But love isn’t all easy in the Sundance indie film First Girl I Loved, where the placement of a high school same-sex romance in the swivelling unpredictability of adolescence makes this coming-of-age tale an emotional spin that attempts to increase its stakes at every turn.

First Girl I Loved continues to track the budding romance between the two contrasting teenagers, Anne and Sasha. Anne has just discovered her attraction to girls, while Sasha is less certain about the magnetic chemistry between herself and Anne. Neither girl is a smooth-talker; instead, they giggle like you’d expect teenage girls to, becoming fixated on inside jokes that aren’t particularly funny—but it’s an inside joke, so it’s hilarious to them. Amid their unfolding captivation with each other, within a small world they’ve created for themselves, Anne’s best friend, Clifton (Mateo Aries), becomes an unwelcome presence between the two; his presumptions of sexual orientation and consent add to the confusing burgeoning of the girls’ own selves, fuelling a drama that ultimately points its finger back at society. 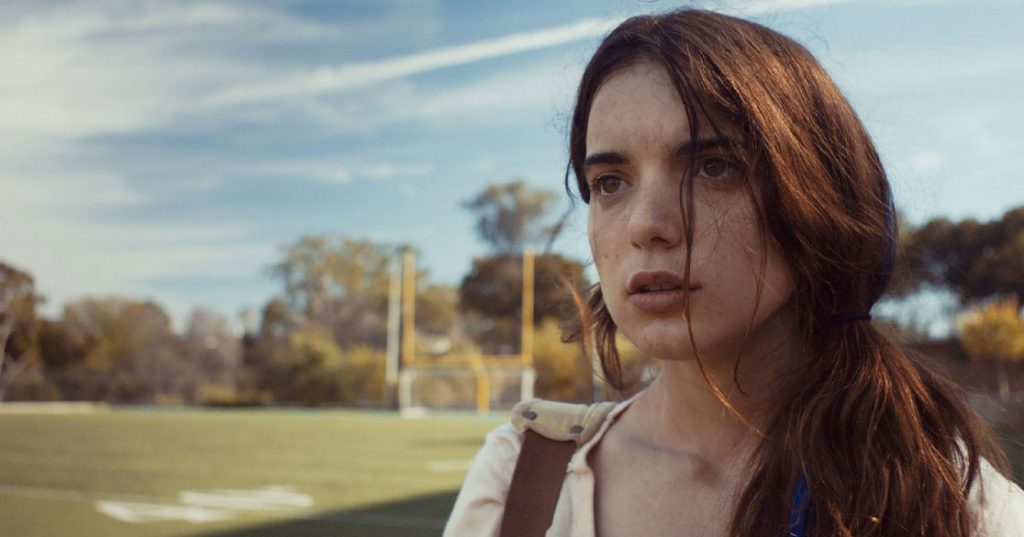 The messiness of modern teenagehood is encapsulated in Kerem Sanga’s directorial venture, and it’s not just because he shows text messages that pop up on screen (at one point, Anne and Sasha engage in sexting that is portrayed both amusingly but with careful tenderness). Sanga breaks down the film’s structure non-linearly, so that each important moment in the film transforms into a fragment of a story. Flashbacks and flash-forwards occasionally jumble up the timeline with unnatural incoherency that make it too easy to lose our understanding of the story, but it contributes an airy mystery to the proceedings. The film never gives too much of itself away and holds enough back from its audience to stop it from slipping into familiar beats. 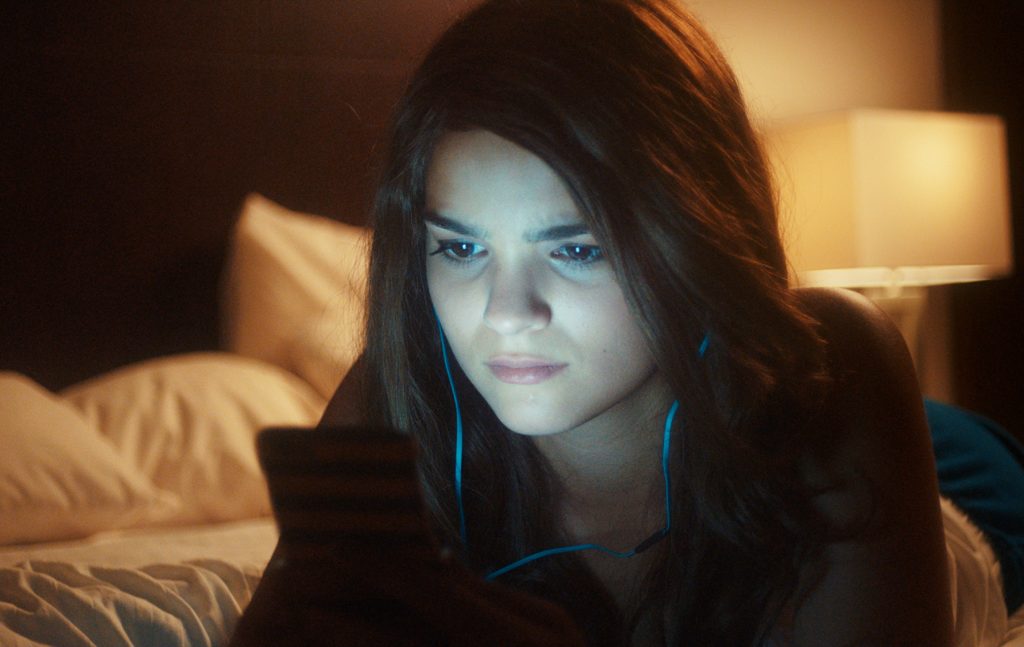 An inconsistency of aesthetic tone shifts between cool, carefree vibes of teen euphoria as Anne and Clifton open a bottle of champagne, to more standard camerawork that sees Anne and Sasha participate in the everyday, mundane routines of school life—almost a separate entity to the confined spaces of a nightclub, a room or a bed. But when it becomes a sweeping, hazy portrayal of their relationship, it looks wonderful, and a grainy multitude of overlapping colours as Anne and Sasha experience their first kiss under the club lights—where their love becomes the centrepiece—makes the film glimmer with warmth. 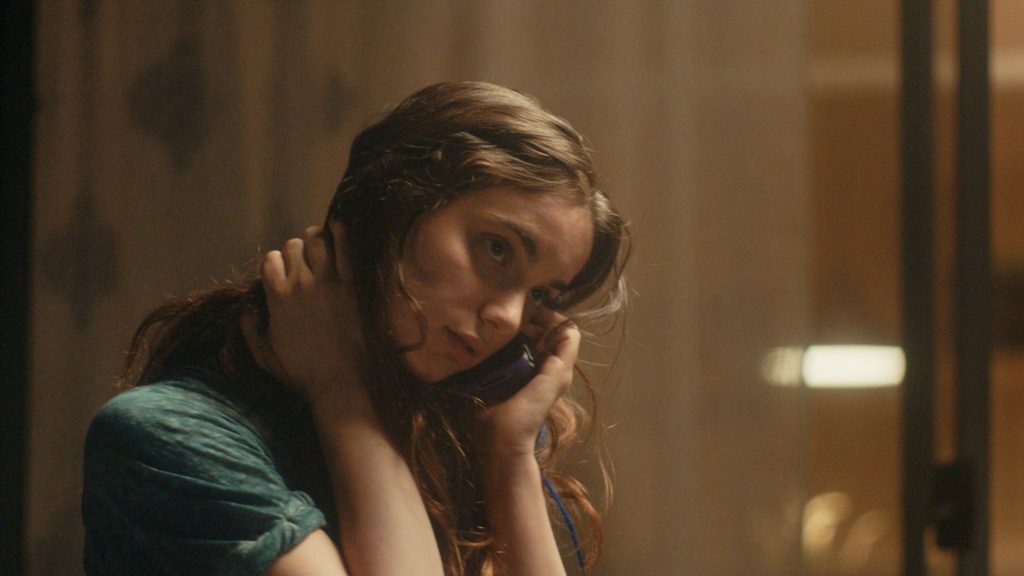 It’s when other players enter the picture, notably the interception of Clifton’s character, that it becomes unnecessarily complicated and detrimentally too-heavily plot-driven. Cliff, represented as the antagonist, struggles with the idea that his long-time crush Anne doesn’t reciprocate his feelings, and a crushed male ego drives him to commit actions, which leaves both he and Anne waning in regret. He also becomes a tormenter of Anne’s newfound sexuality (he steals her bike and meanly teases her during class)—this distracts from an otherwise slick romance tale, whereby the imposition of Sasha’s own uncomfortable realisation of her sexuality is enough to drive complications into the film, which endeavours to critique a societal intolerance and lack of support for gay relationships.

As Anne, Gelula strips off her sarcastic, exaggerated caricature of a teen step-daughter in Unbreakable Kimmy Schmidt, and replaces it with a vulnerable young woman who fluctuates between conflict and revelation, heartbreak and love. At the end of the day, it becomes more about self-dignity and an acceptance of one’s own identity through sexuality; this makes this unflashy indie drama a charmer and somewhat resonant of its modest film title.

Summary: The film never gives too much of itself away and holds enough back from its audience to stop it from slipping into familiar beats.