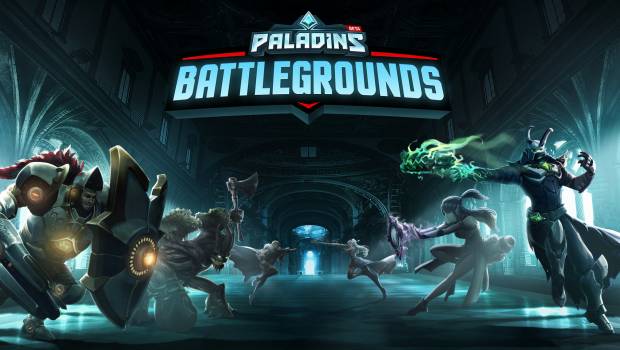 Paladins: Battlegrounds is the first-ever hero-shooter battle royale. This genre mashup combines ability-driven combat with survival gameplay and a fantasy setting to create something brand new.

“Riding on a mount through this massive fantasy-themed map, looking for gear and cooperating with your team, Paladins: Battlegrounds delivers some of the feel of open-world MMO PvP but all within a 20-minute match,” said Todd Harris, Executive Producer of Paladins.

Designed from the ground-up to be played in teams, players must work together to survive in Paladins: Battlegrounds. Supports struggle to keep their Front Liners alive, while Damage Champions let the bullets fly and Flanks look for any possible assassination.

Players spawn into a massive map — over 300 times the square footage of a typical Paladins’ Siege map. Then they hop onto their mounts and begin exploring, looting their way through more than four dozen outposts and tracking zeppelins that drop legendary gear.

As the fog contracts, the stakes are raised. The last team standing wins. And that’s not easy with 100 players all fighting to win. Paladins is free-to-play, and the Battlegrounds mode will be free for all Paladins players upon release. An early alpha version is playable at Hi-Rez Expo, and a full release of the Battlegrounds gamemode will be added to Paladins in 2018.