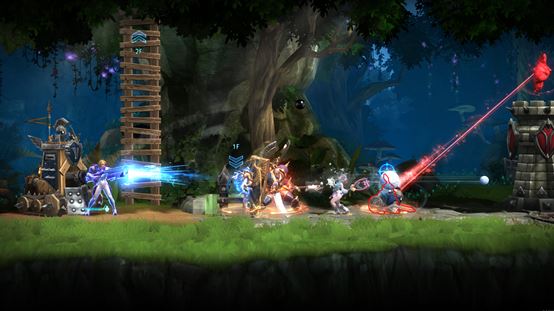 Get on board with Hyper Universe Early Access for $15.99. Early Access provides players the means to brawl it out with friends, and give the development team valuable feedback to shape the game as it moves towards official launch.

Early Access players also get 24 Hypers (playable champions) unlocked from the start with their unique gear (worth an estimated $120), plus 4 more are unlocked upon levelling up.

In Hyper Universe, players take control of a “Hyper,” such as a ferocious venus fly trap, or a mongoose atop his best friend rhinoceros, all with different abilities and fighting skills that are meant to bring the ruckus. Depending on flavor, players can choose to play Hyper Universe with two-handed keyboard only or game controllers compatible with PS4, Xbox, Logitech, or Steam.
Hyper Universe can be purchased for $15.99 on Steam Early Access at http://store.steampowered.com/app/591530/Hyper_Universe/. For more information visit, http://hyperuniverse.nexon.net.