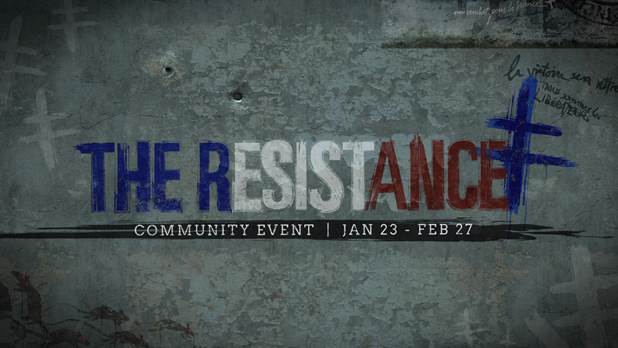 Jan. 31, 2018 – Players can join the Resistance starting today as Call of Duty®: WWII – The Resistance, the first DLC pack for the No. 1 top-selling console video game of 2017 in North America, is out now, available first on PlayStation®4.  Packed with new multiplayer content, The Resistance DLC pack delivers three new Multiplayer maps and an all-new War Mode multiplayer mission themed to reflect the spirit of the citizen soldiers who fought for freedom during World War II. The DLC pack also features The Darkest Shore, the terrifying new chapter in the twisted Nazi Zombies saga.  In addition, this first DLC pack from Call of Duty: WWII, lands during The Resistance community event (January 24 through February 28 in Australia and New Zealand), a five-week celebration that features new gear, game modes and Supply Drop content available to all players.

In The Resistance DLC pack, players will fight in iconic World War II locations, from Paris to Prague, all centred around historic uprisings in three new Multiplayer maps and an all-new high-octane War Mode map.

Valkyrie – Located in the Masurian Woods, East Prussia, this map was inspired by The Wolf’s Lair – The Fuhrers Eastern-front headquarters during Operation Barbarossa – the Nazi invasion of the Soviet Union.  This is a medium-sized map with multiple overwatch positions and mounted machine guns.

Anthropoid – Based in Prague, Czechoslovakia, this map is inspired by Operation Anthropoid – the famous assassination attempt on a high-ranking German officer during World War II.  This map is divided by a river, with long-flanking paths that can be used by snipers for ranged attacks.

Occupation – In this remake of a classic Call of Duty® map, players battle through the streets and shops of German-occupied Paris during WWII.  Nearby homes and storefronts lend defensive positions for ambush and recovery.

Operation Intercept – Outside of St Lo, France, the next War Mode experience, developed in partnership with Raven Software, leads you on an urban rescue mission to save Resistance fighters being transported by train.  The first objective on the Allied side is freeing the fighters, followed by the destruction of key communication equipment, and ends with stopping a train.

The Resistance DLC pack also features the newest horror-filled chapter in the co-operative Nazi Zombies saga, The Darkest Shore.  Only days after the horrific disaster of Mittelburg, the crew has received intel that suggests Doktor Straub is on an island just north of Germany.   Blanketed in fog, this island is surrounded by enemy air and sea power – and crawling with the Undead.  Marie, Drostan, Olivia and Jefferson will need to battle all this and more to uncover the mysteries hidden within.

As part of The Resistance community event, which kicked off on Jan. 24 and runs through Feb. 28 in Australia and New Zealand, all Call of Duty: WWII players will have access to the new “Resistance Division.”  The new Resistance Division embodies the skills and experience of citizen soldiers from across Europe, and features the new Tactical Knife Skill, a new Division-specific 9mm SAP Pistol, as well as perks that can alter the tide of battle, such as the ability to scramble enemy maps.

Call of Duty: WWII is rated R18+ for high impact violence, online interactivity and is available for PlayStation®4, Xbox One, and Steam.  The title is published by Activision Publishing, Inc., a wholly owned subsidiary of Activision Blizzard (Nasdaq: ATVI), and developed by Sledgehammer Games with additional development support from Raven Software.  For the latest intel, check out: www.callofduty.com, www.youtube.com/callofduty