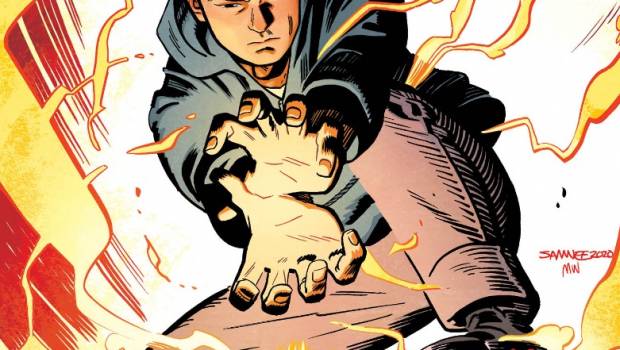 The highly anticipated Fire Power #1 issue by Robert Kirkman and Chris Samnee on sale Wednesday, August 5, and priced at $3.99, will feature different cover art from the free promotional edition (formerly: Free Comic Book Day edition) of the comic. This issue of Fire Power #1 will also be extra length and feature additional backmatter not previously included in the promotional edition. 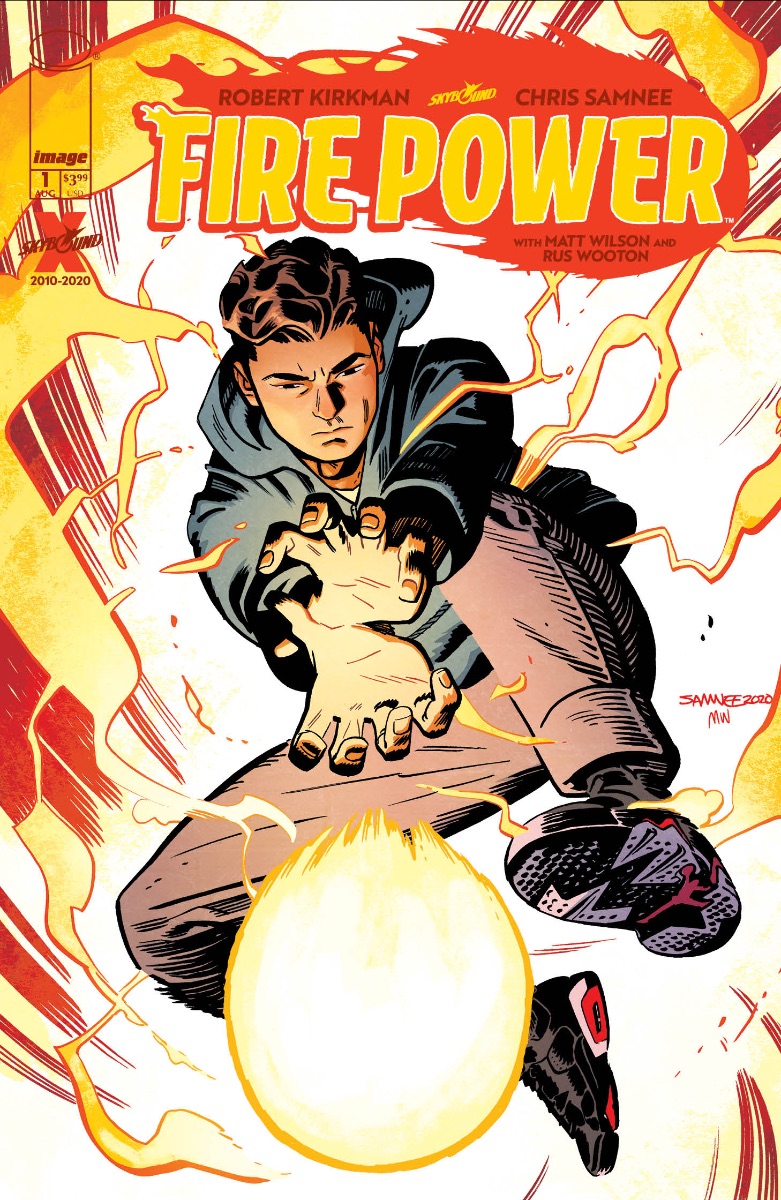 Fire Power #2 will also be available for sale on the same day.

In Fire Power, the one who wields the fire power is destined to save the world, but Owen Johnson has turned his back on that life. He doesn’t want the power—he never did. He only wants to spend time with his family and live his life, but unseen forces are at work to make that impossible. Danger lurks around every corner as Owen’s past comes back to haunt him.

Fire Power will also be available for purchase across many digital platforms, including Amazon Kindle, Apple Books, comiXology, and Google Play.

The prequel original graphic novel, Fire Power, Vol. 1: Prelude (ISBN: 9781534316553, Diamond Code FEB200019), is available now at local comic shops and in bookstores on Tuesday, July 7. It can be ordered at an independent bookstore via Bookshop or IndieBound, or it can be ordered on Amazon, Barnes & Noble, Books-a-Million, and Indigo.