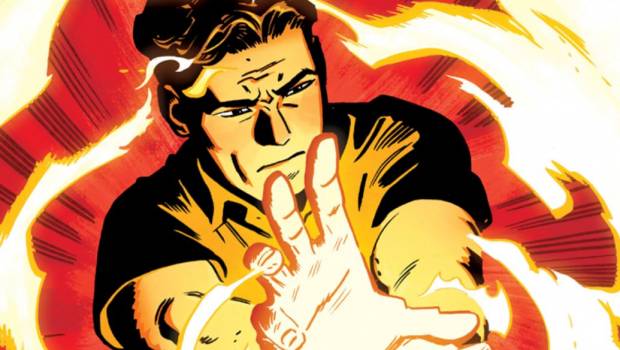 The FCBD edition of Fire Power #1 will be unleashed on Saturday, May 2. Following a month of anticipation, Fire Power #1 and Fire Power #2 will be available for sale on Wednesday, June 3.

This is the first new project from Kirkman since the surprise conclusion to his pop culture phenomenon The Walking Dead. Fire Power will more than fill a walker-shaped hole in your monthly pull list. This new series also marks Samnee’s return to comics after wrapping up his best-selling run on Captain America that concluded in early 2018.

Owen Johnson’s journey to China to learn about his birth parents eventually leads him to a mysterious Shaolin Temple. The students there study to rediscover the Fire Power, the lost art of throwing fireballs. A power they claim will be needed soon to save the world. Will Owen Johnson be the first person in a thousand years to wield the Fire Power?