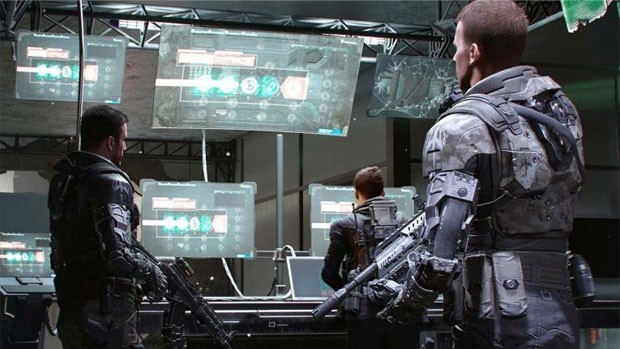 SYDNEY, Australia – August 16, 2016 – The countdown is on and the field is set for the biggest tournament in Call of Duty history as teams from around the world come to Call of Duty XP this September to compete for $2 million dollars.

“In 16 days the best teams in the world will take the stage for the ultimate Call of Duty competition,” said Rob Kostich, executive vice president and general manager, Call of Duty.  “Call of Duty XP is the perfect finale to the debut season of the Call of Duty World League, where fans have already shown incredible support throughout the year as they’ve watched more than one billion minutes of Call of Duty competitive gameplay so far.  The clock is ticking, get ready for the best Call of Duty fan experience ever.”

To determine the final teams who will compete on day one of the highly-anticipated Call of Duty® World League Championship, Presented by PlayStation®, 32 teams faced-off this past weekend. Team Kalibur, compLexity, Team eLevate, Team Allegiance, Cloud9, Pnda Gaming, Corn, Apotheon eSports, Most Wanted, and Livin the Dream will now join the other 22 teams, who have previously qualified, from North America, Europe and Australia/New Zealand as they head to Los Angeles this September to compete for a share of the biggest single event prize in the history of Call of Duty® competition, and part of the year-long, more than US$3.5 million Call of Duty prize purse.

The official groups and final list of teams participating in Call of Duty World League Championship, Presented by PlayStation®4 includes:

Starting today, fans have a chance to earn US$25,000 in the 2016 Call of Duty Championship Winner’s Bracket Challenge Presented by Gamestop.  As part of the Winner’s Bracket Challenge Presented by Gamestop, fans can fill out who they think will advance through the CWL Championship Winner’s Bracket and compete for a US$25,000 grand prize. Those that think they know the CWL teams the best can go to www.callofduty.com/bracket to test their skill in picking the winners to see who comes out on top.  For rules go to www.callofduty.com/bracket/rules.  No purchase necessary to enter or win.

The CWL Championship will be part of the biggest ever fan celebration at Call of Duty XP 2016. Call of Duty XP will include the reveal and first hands-on for Call of Duty®: Infinite Warfare multiplayer, Call of Duty: Modern Warfare Remastered multiplayer and new Call of Duty: Black Ops III Downloadable Content. Fans will also get to play the first Call of Duty VR experience on site, and will have other ‘you-had-to-be-there’ live action experiences inspired by Call of Duty, including Nuketown paintball, Zombies laser tag and other fun.